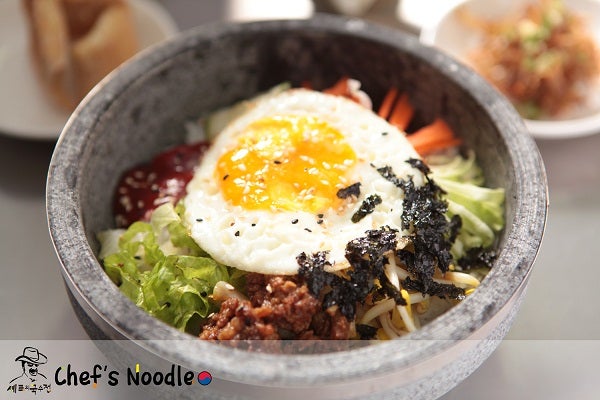 Korean specialties for the Filipino palate

MANILA, Philipines–From K-pop to kimchi, anything Korean is definitely hot right now. This is why it’s not surprising that the number of Korean restaurants has started to grow all over the country. While it usually caters to Korean expats who’ve already made the Philippines their home, Filipino foodies who have already developed a taste for Korean dishes have also been frequenting such places to get their fix of  kimchi, bibimbap, and so many mouthwatering Korean specialties. 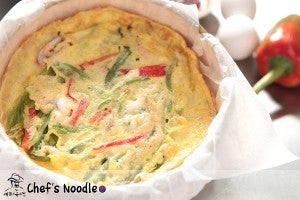 With that in mind, Simisim Group of Companies is proud to present Chef’s Noodle, a popular fast-casual Korean restaurant, which is set to make waves in the Philippines.

Having acquired the master franchise of Chef’s Noodle, the company already has big plans for the hip, new dining outlet, already partnering with popular Korean expats, like model/TV personality/DJ Grace Lee and Korean celebrity Chef Choi In Sun to be its local endorsers.

For its grand launch, held at University Mall along Taft Avenue (Chef’s Noodle’s first branch in the country), both Chef Choi In Sun and Grace Lee were present to show their support for the brand and of course, promote all the delicious Korean fare that they have to offer.

With a great range of Korean specialties spanning the traditional menu items that are unique to the restaurant, Chef’s Noodle definitely has something delicious for everyone. 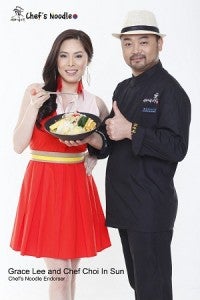 It’s also interesting to note that Chef Choi In Sun had a hand in developing some of Chef’s Noodle’s mouthwatering specialties, something that should make your visit to the restaurant even more exciting.

Expansion in the Philippines

Given its timely entry in the Philippine market, Chef’s Noodle Philippines is also considering venturing in offering franchising opportunities for Filipinos. Relying on the brand’s good reputation and a strong and efficient support system from Chef’s Noodle Korea, the local management behind the franchise is very confident that they’ll be a great partner to their local franchisees.

Chef’s Noodle Philippines is very excited about its plans of expanding nationwide, provided that it offers a good business model, especially for startup businesses, interested parties who want to share the best of Korean fast-casual dining to the rest of the country wouldn’t have a hard time setting up their very own Chef’s Noodle franchise in their hometown.

Through rapid expansion especially through major malls and other commercial establishments, Chef’s Noodle will become more accessible to anyone who has an appetite for delicious, hearty, and reasonably-priced Korean dishes.

Chef’s Noodle is located at the 2/F University Mall, Taft Avenue. For more details and updates on upcoming branches visit www.chefsnoodlephils.com and like their page http://www.facebook.com/chefsnoodlephils.