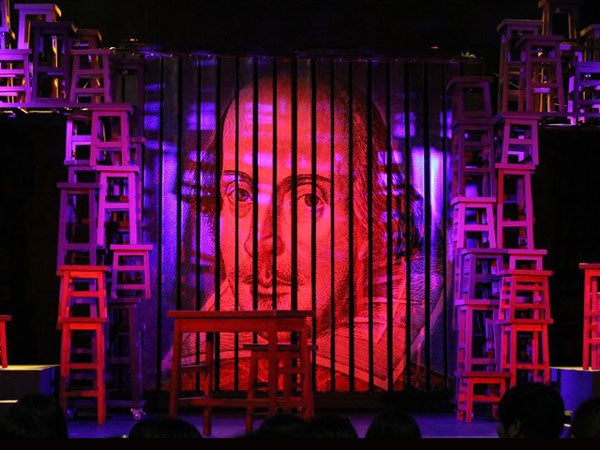 Peta’s ‘William’ at the Cultural Center of the Philippines 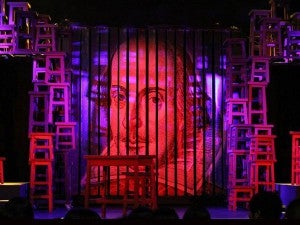 MANILA, Philippines—After dominating the recent Philstage Gawad Buhay awards, the Philippine Education Theater Association (PETA) is bringing back the award-winning Shakespeare rap musical “William” for a special show at the Cultural Center of the Philippines this September 28.

“William,” about teenagers who develop a love for the Bard while preparing monologues from William Shakespeare for a class project, took home seven trophies, including Outstanding Play, Outstanding Direction for Maribel Legarda, Outstanding Ensemble Performance in a Play and Outstanding Original Script for playwright Ron Capinding.

“William” first opened Peta’s Shakespeare Season as a primer for High School students who may fear Shakespeare or may not know the Bard at all. During its short run last year, “William” successfully engaged students and captured the interest of local theatergoers as well as several international news organizations.

A video report by Marek Pruszewics of BBC News described the play as a “modern twist on Shakespeare”.

Director Maribel Legarda shared that the play’s concept came from FlipTop, a Pinoy rap battle league known across the country. “In many ways,” Legarda said “rap is poetry.”

“I brought in rap and hip-hop as the contemporary voice and language of young people today. I hope that Shakespeare’s poetry and today’s rap find a point of conversation and evolve into engaging dialogue and drama,” Legarda explained.

The cast of “William” trained under a true Tondo rapper, Shielbert Manuel, a.k.a “O.G. Sacred” who has appeared in the 2007 Cinemalaya Best Picture, “Tribu,” an indie film by Jim Libiran.

The rap performances, choreographed by John Tan of the Urban Dance Crew, are topped with hip-hop moves like crumping and breakdance, while also adding ballroom and jazz hip-hop. “William” features ten original rap songs composed by Jeff Hernandez. The titles include “Nosebleed” “O Shakespeare” and “What’s in a name.”

Through “William,” PETA aims to help audiences overcome their fear of the English playwright and poet. The goal is to make Shakespeare a familiar friend rather than someone to fear, thus replacing “Shakes-fear” into “Shakes-peer.”

“William’s” special performance on September 28 (3 p.m. and 8 p.m.) at the CCP is made possible through the partnership of Peta and the Cultural Center of the Philippines.  For ticket inquiries, contact 7256244, 891-9999, www.ticketworld.com.ph.