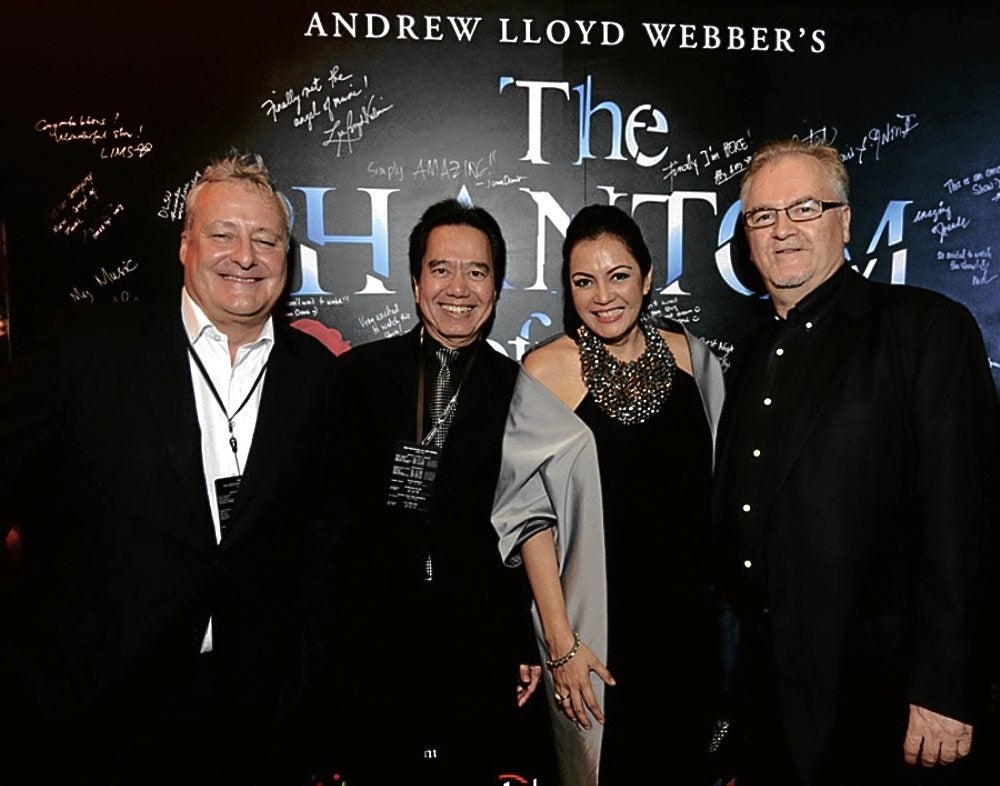 Cosmo Manille had waited for the great musical show to land on our shores, dahlings, and when it did, it swept audiences. We’re referring to the Andrew Lloyd Webber’s incredible “The Phantom of the Opera,” “the world’s most successful and longest-running West End and Broadway musical.”

It gave us goose-bumps with its powerfully moving love story between the disfigured musical genius known only as “The Phantom” and the young and talented soprano Christine.

The musical has been seen by over 130 million people in more than  27 countries around the world, grossing more than a jaw-dropping $5.6 billion. It recently celebrated its 25th anniversary at London’s West End. Wow!

The premiere night had the packed audience giving the cast a 15-minute standing ovation, as confetti from the ceiling of the Cultural Center of the Philippines showered everyone.

“The Phantom of the Opera” is presented in Manille by James Cundall of Lunchbox Theatrical Productions, which brought us such unforgettable musicals as “Mamma Mia,” “Cats,” “Stomp” and “Music of the Night.”

Lunchbox’s Manila cooperators included Francis Lumen of Hi-Definition Radio Inc., Bambi Verzo of Concertus Manila, Smart Infinity and Citi, natch! The latter is giving a special treat to its cardholders, such as 10-percent discount on ticket prices and access to the preview sale so they can choose the best seats on their preferred play dates.

“The unbelievable acceptance of the Philippine audience to the show encouraged us to extend the season, adding 16 more shows,” Cundall said,

Check it out, palanggas. You have till Oct. 14 to watch  “Phantom.” Don’t miss it, dahlings. It’s a grand winner.

We dreamed about that prestigious brand Hermès and since dreaming is free, we dreamed high, dahlings. Then reality set in, and next thing we knew we were invited to the launching of La Montre Hermès at the Sala Bistro.

Sala was transformed into a lush garden that allowed us to experience time standing still. A dream in living colors, dahlings.

The guests were asked to free themselves of time by surrendering their mobile phones and watches. Then the très charmant monsieur Daniel Talens, La Montre Hermès managing director of Asia-Pacific, who had jetted in earlier, welcomed everyone and talked about La Montre Hermès’ watch-making history.

“The Time Suspended timepiece by Hermès and legendary watchmaker Jean-Marc Wiederrecht, goes beyond the typical concept of time, said Talens.

“Another push of the button will allow the timepiece to reset to the right time and date.”

One business magnate, whose hobby is collecting the most expensive watches in the market (he has now 48 watches in his collection), told moi: “I’ll buy this one even if it scares the daylight out of me thinking how much I’ll pay for it.”

Yeah. After all, how can you go wrong with a Hermès watch in your wrist, n’est ces pas??

The happening got on a roll real fast. As the invitees were breezing in, Arif Esenc, managing director of Diageo Philippines, announced, “Johnnie Walker, the official corporate partner of the Vodafone McLaren Mercedes F1 Team, brings to Manila the same spirit of style, sophistication and exhilaration that the Circuit Lounge symbolizes the world over.”

“Filipino fans,” he added, “can be sure the race in Singapore is just one of many unique ways that Johnnie Walker brings them closer to this exciting lifestyle.”

“Johnnie Walker is continuously redefining both the premium Whisky experience and the luxurious lifestyle it imbibes for the sophisticated taste of its Filipino consumers, at the most coveted parties or to one of the world’s most glamorous sporting events,” said Fe Mir, marketing manager of Diageo Philippines. “We extend to Johnnie Walker fans our way of thanking their continued passion and love for the brand.”

Opus Restaurant and Lounge in Resorts World was buzzing with excitement during the Singapore Race Weekend, which featured Formula 1 World Champions Jenson Button and Lewis Hamilton.

Correction: In the Sept. 26 column, Liza Gokongwei-Cheng was wrongly identified as her sister Robina. So sorry about.