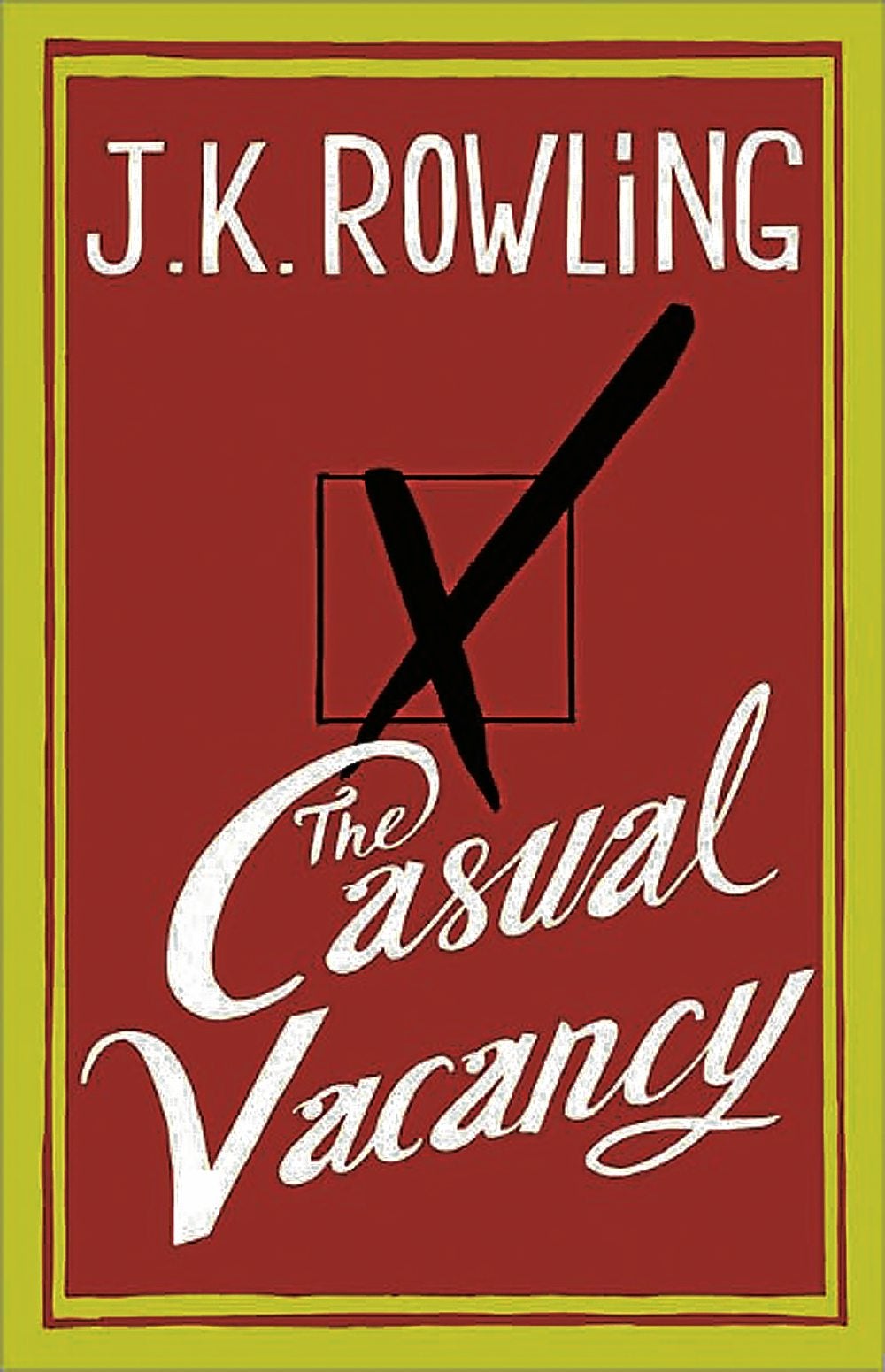 Literary shocker: J.K. Rowling’s new novel after ‘Harry Potter’ is not for kids 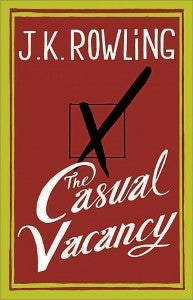 For more than 10 years, all she had known was magic. Since 1997, J.K. Rowling has made money appear out of thin air—making herself wealthier than the Queen of England at one point—and famous worldwide by conjuring from her “riddikulus” imagination the boy wizard Harry Potter through seven books that also turned young-adult fiction into a publishing creature of mythical stature.

Now, like Harry Potter breaking the Elder Wand, Rowling walks away from the lucrative and safe harbor of Hogwarts to try something completely different.  With the arrival of “The Casual Vacancy” (Little, Brown and Company, New York, 2012, 503 pages), Rowling takes her first crack at writing for adults—and very seriously at that.

From the very beginning, it is clear that this is not a book for the younger readers who were fans of Rowling’s previous work. “Vacancy” is about grownups and kids both behaving very badly, with a lot of intrigue, violence, sex, drugs, infidelity, lying and profanity thrown into the cauldron.

In the small British town of Pagford, the delicate social détente is thrown into disarray after a local named Barry Fairbrother dies suddenly from a brain aneurysm. As the townsfolk go through the pantomime of mourning, Fairbrother’s seat on the Pagford Parish Council becomes the object of a tug-of-war between factions in the council as the socioeconomic divide becomes an issue.

The book’s title refers to the unoccupied seat and everything comes to a head when election time comes around. In the process, Pagford’s denizens begin to scheme, and a child’s act using a meaningful online identity begins a territorial battle that will destroy lives and reveal secrets.

Despite its appearance, Pagford is full of unhappily married people who gossip madly, lose track of their offspring and sneer at those less privileged and different from them, particularly those from the poor part of town, the Fields.

At the forefront of the rigmarole is the supercilious deli owner Howard Mollison, chair of the council. Fairbrother’s archrival, Howard seeks to cut off the Fields and close down the town’s rehab clinic. He and shrill wife Shirley “were contemplating the casual vacancy: and they saw it, not as an empty space but as a magician’s pocket, full of possibilities.” It is impossible not to hate them immediately.

“Vacancy” is both a jaded portrait and a fierce rebuke of British small-town life.

Rowling’s strengths are in obvious use here. The prose remains crisp and well-chiseled, sardonically funny at times.

Her pace is perfect, starting a little slowly when introducing the not-so-fine folk of Pagford, then steadily leading up to the point where “Vacancy” just launches itself bodily toward the turning point, which is the election. Even if you don’t like them, you’ll want to know what happened to them

That’s also a funny thing, considering that, according to one character, “people round here are effing mental.” One gets the feeling that Rowling was trying to fit a much bigger narrative into this single book, as if the characters themselves were trying to escape the bounds of “The Casual Vacancy.”

Those mostly unlikable characters are all in their own way wounded but also dangerous: bad-tempered father Simon Price, strict school administrator Colin Wall, frazzled social worker Kay Badwen and beleaguered physician Parminder Jawanda, among others. Hanging over all of them is the man who isn’t there, the fallen Barry Fairbrother, whose generous example haunts the rest of Pagford because no one can live up to it.

Perhaps the most bracing thing about “The Casual Vacancy” is the behavior of its children. Readers used to the squeaky clean teens of Hogwarts will be downright shocked by the frighteningly flawed children of Winterdown Comprehensive. Fats Hall, Andrew Price, Krystal Weedon, Gaia Bawden and Sukhvinder Jawanda do things which would scare the heck out of Draco Malfoy.

Though Rowling writes all this with a stringent realism, the overall effect is that “Vacancy” is a continually spiraling downer of a book, where everything just gets increasingly worse for everyone. The characters lose their distinct shapes as the book plunges into the gaping maw of its ending.

There will be inevitable comparisons between “Vacancy” and the “Harry Potter” books, and the truth is that “Vacancy,” despite its keenly dark observations, lacks the infectious vibrancy of her precious work.

On its own, “The Casual Vacancy” is a fine but not fantastic novel by Rowling. In the meantime, Rowling has said her next book will be for an audience even younger than those of the Harry Potter books, adding she might return to the Hogwarts universe.

All this means that readers may never return to tragic Pagford, a shame in itself, because one can only imagine how much more we can learn if J.K. Rowling could cast just a little more light on it and its lost souls.