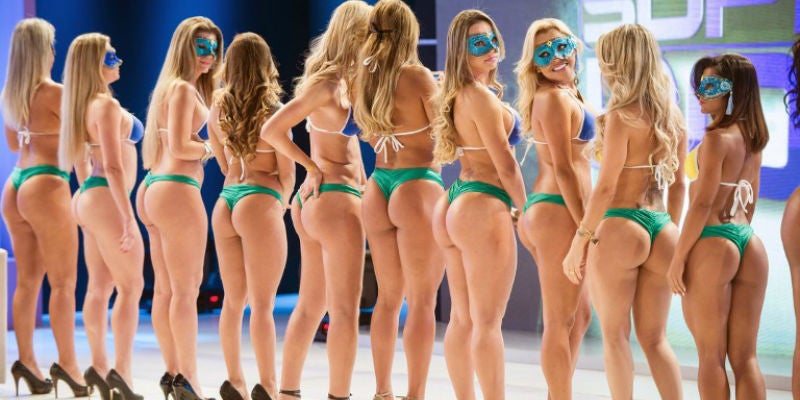 Competitors of "Miss Bumbum Brasil 2012," the contest for the cutest bottom, wait to record a TV program in Osasco, a surburb of Sao Paulo, Brazil on September 24, 2012. Competitors will be eliminated into 15 by internet voting on their website and the winner will be chosen at the grand final in Sao Paulo in November. AFP PHOTO/YASUYOSHI CHIBA

Only in Brazil: Nationwide pageant for cutest female bottom

SAO PAULO—Brazil’s upcoming municipal elections are being overshadowed by the Miss Bum Bum pageant, a nationwide online contest to find the cutest female behind.

Young ladies representing the country’s 26 states and the federal district Brasilia are vying to qualify for the grand finale scheduled to take place in Sao Paulo on November 30.

The female derriere has traditionally had great symbolic significance in Brazilian culture, as attested by the wild popularity of bum dancing among the young.

“I think that the tropical climate, the carnival and all this racial mixing gives the Brazilian woman a unique biotype on the planet,” pageant organizer Cacau Oliver, a well-known female beauty spotter, told AFP.

“The Brazilian woman’s derriere is a part of the body that the whole world admires and the contest just reaffirms this,” he added.

The contest comes as Brazilians are set to vote in nationwide municipal on Sunday, with a second round set for October 28.