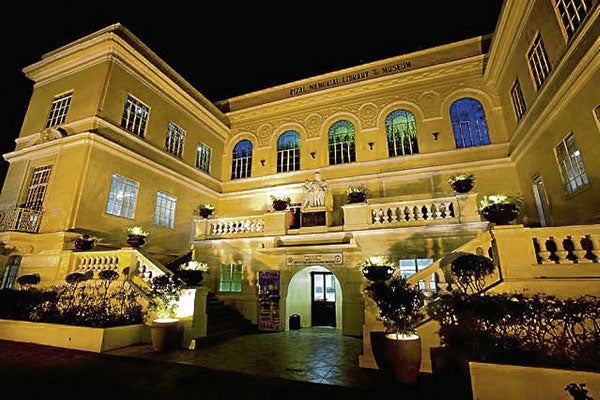 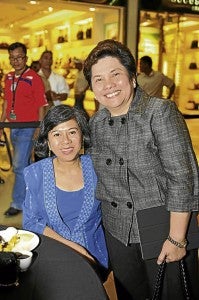 A dinner at the museum capped the celebration of Cebu City’s declaration as an Asean City of Culture in creative industry, cultural heritage, and history last July 15. It is the first time such an honor has been bestowed by the Asean Ministers of Culture and Arts to a city or province.

The buffet dinner and the program that followed was held at the newly refurbished Sinulog Hall of the 74-year-old Rizal Memorial Library and Museum, fully lit for the occasion to accent its Venetian style architecture and becoming new ochre shade.

Guests streamed in the historic building shortly before eight in the evening, welcomed by children in piquant sing-song “good evenings…” as their arms danced in arabesque, little hands aflicker with votive candles.

The Sinulog Hall at the topmost story looked grand even as a stage and ramp was set-up for the program. The huge arched windows, embossed glass-paned in verdigris, were inventively-dressed in arrowhead and asters. The round tables had centerpieces of long-stemmed giant white phalaenopsis—at once lending their elegance and obstructing the view from the back areas.

The “Panihapon sa Museo,” literally the Cebuano for dinner at the museum, prepared a simple but delicious fare catered by Jill Viado. Seafood, a Cebuano predilection, occupied pride of place.

A guitar performance by Joel Oporto and a fashion show by Cebu designers riveted the audience’s attention momentarily from the food.

The fashion show was an excellent display of duality, much like Cebu that is both old and new. Philip Rodriguez, long-time doyen of Cebu couture showcased his creations alongside those of the new wave exemplified by Cary Santiago.

This duality that is Cebu’s extended to the society figures that came in good number. They all fall quite neatly behind either Old Line icon Ms Luis Aboitiz (nèe Annabelle Osmeña) or Café Society queen Amparito Lhuillier who were both there, too.

past four years. It is worth every penny considering the history that went with its founding.

Cebu always had to fight to create and preserve its cultural institutions; the city after all, was and is more mercantile than given to the arts. In Spanish times, Cebuanos did not have a proper theater until Teatro Junquera late in the period.

And for the longest time, Cebu did not have a library building of its own until its pioneering librarian Flavia Suson-Muaña took it as her duty to give Cebu one.

Opportunity presented itself in the 1930s when an organization called Los Tocayos de Rizal or those who shared the National Hero’s first name “Jose,” held a fund raiser in order to build Rizal a monument. Muaña, inspired by the development, approached then Cebu councilor Jose “Pepe” Nolasco who was also in-charge of the Cebu Carnival, for help. Nolasco was the Tocayos’ project chairman.

Muaña, may have told Nolasco of the fact that Cebu’s library (founded in 1919 by Iloilo Public Librarian Guillermo Restua and housed in the upper-story of the City Fire Department in the Parian district) urgently needed a bigger home, one worthy of Cebu’s new chartered-city status won by Rep. Vicente Rama, the present mayor’s grandfather.

In her quest, Muaña was well-seconded by Teodoro M. Kalaw, the director of the National Library, who also spoke to Nolasco. Thus, instead of a mere monument to Rizal, the Tocayos ended-up with the Rizal Library whose architect was no less than Juan Arellano who is also credited to have done the Palladian Cebu Capitol Building.

The Rizal Library broke ground in 1937 and was inaugurated on Dec. 30, 1938. All three of its floor spaces served as library areas. 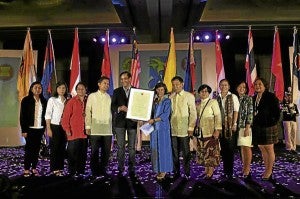 World War II wreaked its havoc on Cebu but the library was spared as it became the Headquarters of the Japanese Imperial Administration. The immediate post-war era saw it as the seat of city government as City Hall was rehabilitated.

The library is a metaphor of Cebu’s own journey to cultural importance, one that the ASEAN now recognizes. But the journey was uphill.

The late 1940s saw the library housing the Perpetual Succour Hospital, a deal that may have paved the way for it hosting the City Health Department (CHD) in the 1960s with the actual library confined to the third floor. As art imitates life and as “squatters” take over the land, the library was booted-out of its own building in 1974 and consigned to a Fortuna Building on Logarta Street.

In the 1980s, the library inched its way back to where it belonged as the CHD left for its own edifice. Even then, the library now on the ground floor shared the building with the Integrated Bar of the Philippines office.

A legal development emerged as the the Rizal Library lot was donated by the Province of Cebu, its hitherto owner, to the city of Cebu in 1991. The governor was Emilio Osmeña and the city mayor Tomas Osmeña. This eventually led to the creation of the the library’s museum component in 1992 set up on the third floor.

Wear and tear took its toll and the building was closed in 2004. A skeleton for extraneous roofing appeared around this time, ostensibly to build a hall, an uglification that was mercifully taken-down by engineer Pericles Dakay. 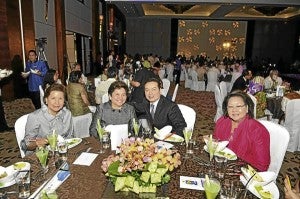 The old Rizal Library is now a tripartite building: The ground floor is a library as intended; the second floor houses a museum with historical paintings by contemporary artists like Celso Pepito, Sonia Yrastorza, Rudy Mañero, Mariano Vidal and Manuel Pañares. And the third floor is now the Sinulog Hall. Its old parquet floor in herring-bone pattern is gone, just as the probably older wide-plank flooring of the early days is gone. In its place is Brazilian Cherry or Jatoba, all spick and span.

As the “Panihapon… ” drew to a close much like the library coming back to life, Cebu City mayor Michael L. Rama came up on stage with all those who made the event possible and led a toast, raising his wine glass as the audience raised their goblets of water, or glasses of juice, in response— to herald Cebu’s year up ahead as Asean City of Culture.

For Rama who made news in 2009 for planning the library’s closure but relented and turned -around, the moment is a defining one. It showed his commitment and public support of culture and the the good it brings.