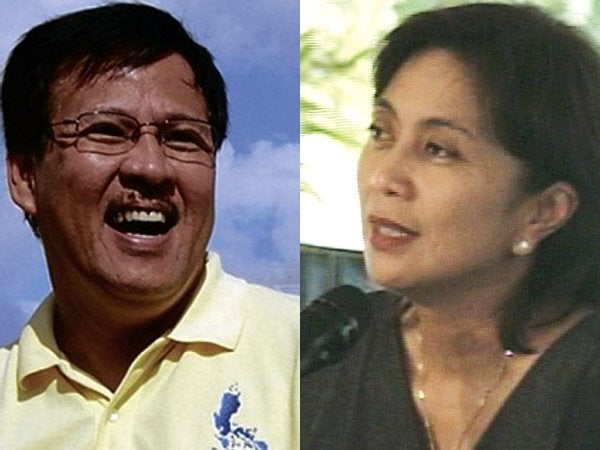 Wooing of rising star in PH politics; love in August ends in August

With its low unguarded gate, the unremarkable two-story townhouse of the Robredos on Dayangdang Street in Naga City encourages easy access from the main road. Anyone can just enter the gate, knock on the door and engage the city’s former mayor in a neighborly chat or, on a really bad day, target him for a quick, easy assassination.

That would have been the easiest way for Jesse Robredo to die, in a region often wracked by intense and sometimes deadly political rivalries. But he went down in a plane instead, a tragic but much more unusual and dramatic flourish to a distinguished political career and legacy now left in the hands of his enigmatic and fiercely private widow, Leni Gerona Robredo.

Just over 40 days since the death of her husband, the wooing of Leni Robredo for political office has begun, a growing clamor to which she has so far responded with deaf ears.

(This piece was written last week. Robredo filed her COC on Friday.–Ed.)

Still insulated from the political hoopla by her quiet grief, she has taken refuge in the minutiae of daily life that revolves around her three daughters Aika, Tricia and Jillian.  Her routine consists mainly of bringing and picking up Jillian to and from school and her swimming training and overseeing her homework;  checking if Aika remembered to pay the bills and if she has arrived home safely, and comforting Tricia who still cries on her pillow at night and sends text messages to her father through his mobile phone.

So how did a simple former mayor’s wife and devoted mother who practiced her profession as a lawyer away from the glare of the spotlight and kept herself in the periphery of her husband’s political life, suddenly become the most exciting and intensely wooed personality for the 2013 elections?

Sculptor Jerry Araos tried to explain the sudden, extraordinary attraction of Leni Robredo after her husband’s death: “How some people assume greatness and some don’t, is really the stuff of myth and legends and magic and poetry,” said the former member of the Communist Party of the Philippines.

“Filipinos are attracted to myths and legends the way they are attracted to fiestas and processions—because of the pomp and grandeur that suddenly envelop their common, ordinary life in a blaze of glory,” he said.

“Our Lady of Peñafrancia inspires a fanatical devotion and following among Bicolanos because she is held as the maternal ideal and source of comfort especially in trying times, the same qualities they now see in Leni Robredo. I am not surprised that she is the rising star of Philippine politics,” Araos added.

Political strategist Reli German, who is only too aware of the need for aspiring political candidates to project themselves to the masses with a convincing narrative, agreed that Leni Robredo has the perfect back story to make ordinary people root for her as someone who represents their ideals, dreams and fantasies.

“If she continues to conduct herself the way she had after her husband’s death, she will be a cinch for any position, local or national, that she may want to seek,” German predicted.

Fernando Poe Jr. and Joseph Estrada sold themselves on the basis of their mythical personalities, on whom every Filipino macho projected himself as the street smart underdog who can bludgeon all evil with bare fists.

Ninoy Aquino and Cory Aquino had their narratives down pat. A political exile comes home and is killed, and the image of his wife who remains strong and stoic in her grief is catapulted to national consciousness and becomes the rallying point on whom citizens of an angry nation latched their unfulfilled dreams.

Jesse Robredo became bigger in death than he had ever been in life; bigger because he was bullied and plotted against and taken for granted when he was still around, the eternal underdog who, for all that, rendered selfless service and never retaliated. His death was therefore seen as noble martyrdom.  In death, he became bigger because he died the way a much-loved former president did, a good man who can never be around long enough, as all good things must come to an end.

And there’s his wife Leni Gerona Robredo, hidden for most of his public life, but when she did appear, it was to radiate grace even in mourning clothes. Her spiritual and virginal beauty echoed the open purity of her husband’s face, the alter ego of the much-loved Ina, Our Lady of Peñafrancia, calm, serene and strong and the picture of quiet, maternal nurture above the din and frenzy of the helpless multitude. And much bigger now because they all came to her bringing gifts of power and glory, and she has rejected those gifts. In the process she is now perceived to be a cut above the rest.

In public and televised interviews, Leni appears calm, brave and composed, her attitude solicitous, pleasant and accommodating, her emotions kept in check even in sudden moments of grief, when the telltale tears that collect in her eyes stubbornly refuse to fall.  Perhaps she has learned to adopt a public persona in deference to her late husband, but she gives no indication that this is far from her usual, private and authentic self, a rarity in political life where images are carefully cultivated and often stray from the truth.

The nine-day festivities for Our Lady of Peñafrancia have just wound down and following so soon after the plane crash, the search operations, the funeral, the various press conferences and tributes accorded to her husband that she had to attend, things may have been too much for this widow.

Interviewed in the cramped living room of the Robredos’ townhouse, she seems tired and defenseless and, in unguarded moments, crushed by grief.

“I expected him to die in a plane crash,” she said. “I always begged him to take commercial flights. I monitored his arrival and departure schedules and could not sleep until he texted that he had already arrived. It was always my worst fear and my worst nightmare. So when it happened, I was not surprised.”

It is this almost clairvoyant, inner knowledge of her husband’s future fate that probably made it easier for her to accept Jesse’s death. “On the first night, I already knew he was gone. I felt like I had been preparing myself (for this) for a long time,” she said.

How Jesse wooed her

To hear it from Leni Robredo, whose reserved and composed demeanor would suddenly break into smiles and giggles when recalling the good times she shared with Jesse, he wooed her easily and wooed her fast.

He was director of the Bicol River Basin Development Program (BRBDP). She wanted a job there after hearing of great, new things happening at the agency under the helm of its new dynamic director.

The fresh Economics graduate from the University of the Philippines Diliman, marched into his office with her resumé, bolstered by a glowing recommendation from Robredo’s uncle, now Rep. Luis Villafuerte, who actually made her choose any position she wanted from the plantilla. Being quite young, ambitious and naive at that time, she chose to apply for a position that needed higher qualifications than she had.

Upon perusing her application, Jesse frowned and asked why she thought she needed a padrino (sponsor) and why she would assume she could just pick any position she wanted over the heads of much more qualified people. “You can’t just do that, you know,” he told her quietly.

Embarrassed and mortified by her lapse and at the same time impressed by the integrity of someone she had thought was a mere political appointee of his uncle, Leni told him she was willing to start at the bottom.

But wanting to teach her a lesson, Jesse left her twisting in the wind for a while until she was asked to return and was told the only position left was that of writer, which was not within her field of training and expertise.  He ordered her to write an essay on any topic. She wrote about the role of Cory Aquino in the Edsa revolution.

He was impressed by the essay, so impressed that he began to fall in love with her.  Leni got the job.  When she was eventually transferred to a job more fitted to her qualifications, Jesse never left her orbit, catching a ride on the employees’ shuttle and finding excuses to visit the office of the pretty researcher.  It took only a month for Jesse to ask her out and declare his intentions.  Already impressed by how different he was from other men, being spiritually strong, quietly capable and morally upright, Leni did not hold out.

Within the next four months, they were married.

(Editor’s Note: The author, Gemma Luz Corotan, is a former Inquirer reporter. Leni Robredo was her schoolmate in Naga City and at the University of the Philippines in Diliman, Quezon City.)