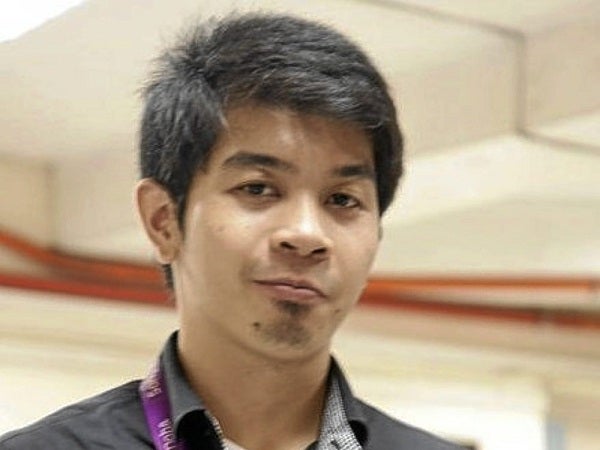 DASMARIÑAS CITY, Cavite – People who had known Marc Andre Marcos, 20, mourned the loss of the young man who had wanted to become a judge like his grandfather, retired regional trial court judge Matilliano Marcos.

Marc Andre’s dream was shattered when he died in a hospital here on July 30, the second hazing casualty from San Beda College after Marvin Reglos. Reglos died while undergoing the hazing rites of the Lambda Rho Beta fraternity in Antipolo City in February this year.

Other dreams were shattered that night: those of the more than 20 young men who trooped to the ten-hectare farm in Barangay (village) Zone 3 used for breeding fighting cocks.  The farm is owned by former city councilor Angelito “Itan” Veluz, whose son, Gian Angelo was a member of the Lex Leonum Fraternitas based in San Beda College.

From the accounts of witnesses, Marc Andre met with members of the Lex Leonum fraternity in a bar in Las Piñas on the evening of July 28 and spent the night in a “frat house” in the vicinity. The group then proceeded to the Veluz farm in this city, where the hazing rites started at 12 noon.

Along with Marc Andre, eight other neophytes were blind-folded prior to the initiation.

Based on statements from farm caretakers, Cavite police director Sr. Supt. John Bulalacao said some 20 to 25 students arrived in the farm in at least five cars and vans. The caretakers then “heard loud screams and moans until that evening,” but did not witness the actual initiation since, they claimed, they had stayed in another part of the property.

Police recovered telltale signs of a fraternity hazing in the farmhouse: “Hundreds of cigarette butts, candles and (bottles of) ammonia that were probably used to revive (neophytes) whenever they passed out,” Bulalacao said.

Police Chief Inspector Marlon Santos, then chief of the Criminal Investigation and Detection Group in Cavite, said Marc Andre was brought to the De La Salle University Medical Center in this city after he collapsed during the initiation on the evening of Sunday, July 29.

According to hospital security guard Jome Patricio, Gian Angelo Veluz and another young man immediately asked for a hospital stretcher for Marc Andre, whose “body was covered with bruises and had already turned purplish. It looked like he was really beaten up,” Patricio said.

After the victim was admitted, Veluz and the other man left, leaving behind farm cooks Marlen Guadayo and Soledad Sanda, who had helped bring Marc Andre to the hospital.

Local police, who were alerted by the hospital, briefly questioned the two cooks but they denied knowing the men they were with.

A report from the National Bureau of Investigation (NBI) indicated that Marc Andre had suffered extensive traumatic injuries at the lower and upper extremities.  He died in hospital the following day.

Cornelio Marcelo, a member of the fraternity who turned state witness, told the NBI that the hazing rites had four stages and lasted two hours.

He recounted to authorities how Marc Andre started gasping for breath after being hit with a paddle for about ten times. He then said he was feeling sleepy. Shortly after, he lost his balance, fell and became unconscious.

While all this was happening, Marc Andre’s family in Ramos, Tarlac, had been anxiously waiting for him since he had failed to come home that Sunday evening.

The second in a brood of four, Marc Andre had a degree in AB Legal Management from the University of Santo Tomas and was a freshman law student at San Beda College in Mendiola, Manila, when he was recruited by the Lex Leonum Fraternitas.

He was staying with relatives in Manila when he asked permission on July 28, a Saturday, to spend the weekend with some classmates to work on a school project.  He never came home.

But despite repeated calls and text messages to Jason, the family received no reply.

Someone finally contacted Rivera noon of July 30 and asked for a meeting in a fast food restaurant in Manila. Rivera and Marc Andre’s father, engineer Mac Ferdie, met with three young men who told them that Marc Andre had collapsed after the initiation, but assured the family that he was fine and was being treated in the hospital.

At that time, Marc Andre was dying in a hospital in Cavite.

Two of those who met the family on July 30 were later identified as Marc Andre’s “batchmates” in the fraternity-Ryan Christopher Maranan and Ephraim Daniel “Ed” Lara, a nephew of former Cagayan governor Edgar Lara.

Maranan and Lara, who were also freshmen at San Beda law school, came to the regional police headquarters in Canlubang, Calamba City, Laguna on August 3, “to clear their names,” according to their guardian, who asked not to be named.  By this time, photos of the July 30 meeting with the Marcos family had come out on Facebook, showing the two young men among the group.

“Please don’t call them suspects. They are victims too,” the guardian said of Maranan and Lara.

The two, according to Calabarzon (Cavite, Laguna, Batangas, Rizal, Quezon) police director Chief Supt. James Melad, were “limping and had bruises all over, from the abdomen down to their legs,” when they first went to the police.

“They’ve gone through and finished the (same) initiation rites but (fortunately) did not suffer the same fate as (Marcos) did,” Melad said.

Weeks after the incident, the Inquirer visited the farmhouse and tried to interview its caretaker. But he said he did not report for work on that particular weekend and had not seen Gian Angelo Veluz since news about Marc Andre’s death broke.

When he returned to work, this caretaker said, he found the other caretakers “gone,” and he had no idea where they could be. The farm cooks too had gone missing.

“Maybe they got scared,” he said.

The Philippine Daily Inquirer visited the Veluzes’ home, a ten-minute drive from the farm, but neighbors said it had been locked for days. Calls to Angelito Veluz on his mobile phone were never answered.

On August 22, the Cavite police and the Marcos family filed charges against 39 fraternity members and individuals at the Dasmariñas City Prosecutor’s Office for violation of the Anti-Hazing Law, based on school records, an anonymous letter earlier received by the police and the Marcos family naming those present in the hazing rites, and the accounts of witnesses at the Las Piñas bar.

Bulalacao said the Marcos family had requested the Cavite state prosecutor to integrate the two separate charges filed by the Cavite police and the NBI before the preliminary hearing is set. Marcelo may also be dropped from the list of respondents.

In an earlier interview, Rivera said the Anti-Hazing Law also holds accountable the school authorities who might have had knowledge of the fraternity initiation but failed to prevent it.

“We cannot discount (the fact) that they somehow have knowledge (of the hazing rites),” she said.

Marc Andre was laid to rest in Ramos, Tarlac on August 5, with mourners wearing white shirts printed with his picture and wrist and arm bands bearing the message: “Justice for Andre.”

A few days before the funeral, several alumni of the Lex Leonum Fraternitas held a press conference, extending condolences to the Marcos family. However, the group denied its involvement in Marc Andre’s death.

“The Lex Leonum Fraternitas alumni is extremely saddened by the news of the untimely death of Marc Andre… We want (the Marcos family) to know that we also seek the truth so that justice for Marc Andre may be served,” the fraternity said in its statement.

“We have accepted Marc Andre’s death,” said his younger sister, Katrina, 16. “All we want now is justice,” she added.

It may take a long time to get there, but the wheels have started turning. •