The light of a million mornings | Inquirer Lifestyle ❮ ❯ 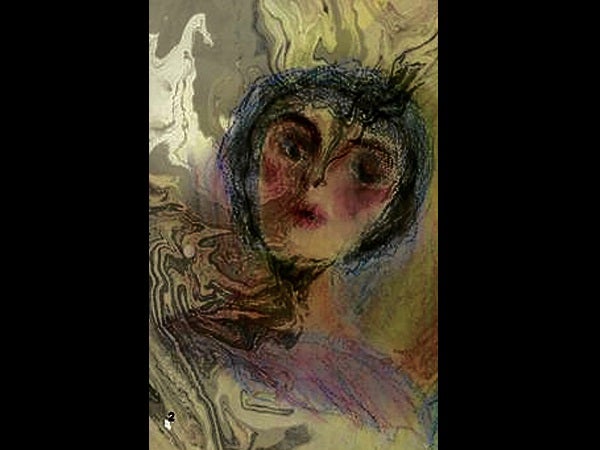 The light of a million mornings

Stay, my sweet, and do not rise

The light that shines comes from their eyes.

The day breaks not, it is my heart.

Because that you and I must part.

Hi, Dad! Is it raining where you are?  Because here, a new storm is brewing, breaking off the branches of the big tree and scattering its pompoms all over the walk.

Do you have an umbrella?  Don’t forget your jacket.  It may be cold where you’re going.  Gilbert will set up a stool and help you up the van.  Oh, I forgot, you’re a spirit now—have been for over a year!  And that driver has retired.

How many times have those dreadful scenes of his final confinement flashed back?

Could I ever have imagined him chained to all those machines?  And dying in a hospital!  He didn’t really want to breathe his last there, but every decision he made involved some Western drug or procedure and we could never leave.

He didn’t believe in any of the alternative Eastern remedies, but in the beginning I had persuaded him.  Unfortunately the lady who was his seatmate in the chelation treatments died in less than a month.  After that dad never stopped chiding me, “Mommy, if I had gone along with those treatments, I’d be gone by now!”

His surgeon, Dr. Francisco Arcellana Jr., did an excellent job of removing the cancer.  In fact, he declared that dad would die of every other disease but cancer.  And indeed, eight years later, propped up by drugs, transfusions and hospital confinements, he was still alive (the earlier of which years he could play golf).  I am now firmly convinced that it doesn’t matter what modality you pursue.  It is what you firmly believe in that will sustain you.

Dad grew up in a family of doctors— mother, father, brother, sister, sister-in-law.  Anyone in white made him feel secure.  He had complete trust in the system and the seven or so doctors he was forever consulting.  He researched all the drugs prescribed to him in his little PIMS (drug descriptions) book and followed up the latest findings on the Internet.

Still, inevitably, the beginning of the end came.

It is a sight I do not like to remember.  A sick and suffering figure cocooned in blankets, facing a wall.  I had seen it in a son and a sister.  And now my very own husband.  Everyone prayed till their knees were worn thin.

He was brought to the ICU, whose armory of contraptions was attached to him, lighting up and clicking away like mute juke boxes.  Drips of blood, antibiotics, painkillers, drugs for the heart, the liver, the kidneys, the gall bladder, the lungs, the joints, the edematous legs.

Nurses flitted in and out of the glass enclosures.  When they wanted to feed him, they’d say loudly, “Open your mouth, lolo!” and then, “Very good, lolo!”  I wanted to scream, “Don’t treat him like an imbecile, he is a corporate lawyer!”  I always had to remind myself that everyone was just trying to be helpful.

Our children and their wives visited him once or twice a day.  There was always one grandchild at night in the waiting room, curled up in a sleeping bag, to phone us in case of any crisis.

Glass cubicles 1 and 2 were occupied by three of five fellows who had figured in a helicopter crash in Baguio.  Their skins had burned to a crisp.  One had lost an eye, the other had died.  In room 3, next to us, a 76-year-old man, sick of every fatal disease, made a flat line on the second day.

All the relatives outside the enclosure sobbed.  It was terribly depressing.

One day, dad couldn’t breathe.  They eased a respirator into his mouth and a feeding tube.  He was prohibited the taking of any liquid.  He was always indicating that he was thirsty and begging for a drink.  The nurse would run a wet piece of cotton over his lips and he would try to squeeze out a few drops from it.  It made you cry.

He couldn’t talk through the respirator and the feeding tube, but seemed to want to say something.  So they provided him a small slate and a stick and the nurse freed one arm.  But all that came out were squiggles, sometimes starting from right to left, sometimes from top to bottom.  Then he would cock his head and smile like a contented Buddha.

When the respirator was removed, he would drift in and out of consciousness. But he would bounce back the next day.  Then one time he couldn’t recognize Dr. Annabelle Sy Lim, his favorite doctor, under whose charge he had been for 10 years.  That was really bad.

The doktora asked him, “Do you know this fellow beside me?” (referring to our youngest son, Arcus).  Dad answered politely, “Yes… but not quite.”

Again, the next day, his mind would be clear and he’d want to control everything as usual.  Has Beni, his yaya, had lunch? Yes, sir!  Phone home for Aki to water the plants.  Yes sir!  Beni, go home and take my cell phone to the hospital.  Aye, aye, Sir!

When Beni got back in the afternoon with the cell phone, she asked.  “What shall I do with it?”  “Just boil it,” he said drowsily, “And I’ll drink the soup.”  Everyday, I’d recount to him the funny things he’d said the day before, and he would be so amused.

One night he ran a fever.  Alarmed, all the doctors entered his cubicle.  It was an infection!  The only cure—an imported antibiotic costing P25,000 a pop!

Confronted with something like that, do you have a choice?  To top it all, it was very contagious.  I told my grandchildren, “When anyone enters the cubicle, wear cap, mask, long hospital gown, gloves, and don’t breathe. If any of you catches it, I swear I won’t pay to cure you.”

In two days, dad’s fever was gone!  Maybe he was still groggy from the drugs.  As soon as the visitors’ door was unlocked, the nurse told me that the director, Dr. Joven Cuanang, had dropped by.  “Did you see Doc Cuanang?”  I asked.

“Yes, of course,” dad said, still strapped to every medical device on earth.  “We had breakfast together.”

The next day he would again be as good as new.  Once, during a particularly disoriented phase in the infection, dad said, “Quick, Christine, go to Rockwell and get me a hamburger.  There’s a war going on!  And I’m fighting.”

In the afternoon he clenched a fist. “What’s happening?”  I asked. He said, “I got killed.”  Later on he said, “I have no more fight left.”

But the next day, he had rallied and was talking to Dr. Sy Lim.  She always told him the truth about his condition, and they would discuss the next procedure.

Flat in bed, dad still liked being in control of everything in his life—his cure, his finances, his household, his wife, his garden (and we flourished).  So our children and I always deferred to his decisions about his health.

The doctors were amazed at how strong dad was.  He had had a virulent infection, developed pneumonia and even in his debilitated condition (feeding tube and intravenouses galore) he still got over them.  He wanted so much to live.

His skin had become so blotched, paper-thin and dry (no moisturizers allowed), even the gentlest massage would leave a scratch that made him bleed.

The nurses plumped up his pillows and changed their positions regularly.  Wendy said, “They do that all the time, dad, please say thank you.”  Someone repeated, “Dad, say thank you.”  “Welcome,” he said, smiling impishly.  That was a fun day.  He was eating, he was urinating, he was shitting.  We thought he was getting better.

After a while, though, it became obvious that he was never going to make it.  Are medicines a boon or a bane?  You can be supported by an endless number of them and you will still be breathing.  But when one no longer works, everything could just crumble.

Most people think that if you sign a waiver that says, “No extraordinary measures to keep patient alive,” the hospital automatically takes on the responsibility.  Wrong!  There is a vast difference between what a family thinks of as “extraordinary measures” and what the hospital does.  It is their sworn duty to throw the whole force of machines and pharmacopeia at the patient and keep him alive at all costs.  Otherwise, families could complain and even sue the hospital “for not trying their best.”

The only time relatives can decide for any patient is if he’s comatose or paralyzed and cannot communicate.  Not if he was lucid (most of the time) like dad was. With dad’s consent, we decided to put the limit at “No dialysis.”  We had seen a son die at 43 and dialysis seemed the point of no return.

Dad, it seemed to us, was taking too many drugs and especially transfusions and the doctors agreed to remove some of them.  But for every medicine or procedure to be withdrawn by the doctors each member of the family had to sign.  It felt like signing a death sentence on your loved one.

The hospital itself soon declared that they really could do nothing more for the patient.  We were placed back in a normal room.  But part of the armory followed.  Dad couldn’t sleep.  He kept begging for a sleeping pill which was not given because, the doctor explained, his liver could no longer absorb anything.  Was he in pain?  No, the doctors said, he was above pain.  He was dying.

We wanted some extreme unction. But there was no priest available at that late hour.  Only one black pastor who claimed to be “ecumenical.”  Nobody could tell where he was from or understand a word he said.  But he sprinkled water from a bottle all over the place so we assumed he was all right.

On the third day dad took his last breath and departed from this earth, to meet the light of a million mornings.