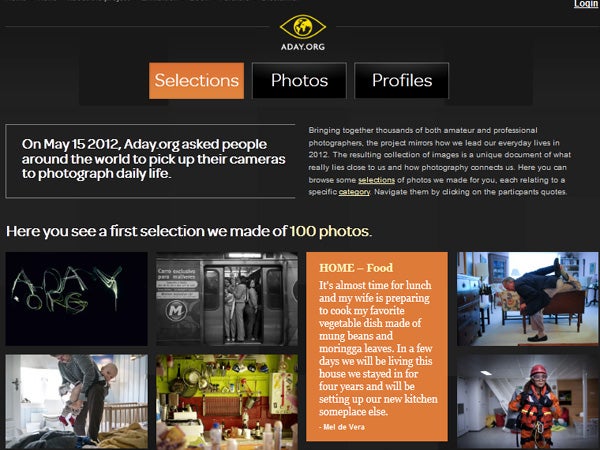 One-day photo project to be screened in 22 countries

STOCKHOLM – A photography exhibit featuring snapshots of daily life around the world will open simultaneously on publicity screens in 22 countries on Monday, a Swedish organizer said.

“A Day in the World” will be shown for just one day on more than 85,000 screens around the world as of Monday at midnight local time.

The 45 snapshots included in the exhibition were selected from 100,000 received by organizer aday.org. All of them were taken on the same day, May 15, by amateur and professional photographers in 165 countries.

A book featuring 1,000 photos will also be published, with a preface written by South African Archbishop Desmond Tutu.

“The aim is to show that there are more things that unite us than divide us,” one of the promoters of the project, Swedish photographer Jeppe Wikstroem, told AFP.

The exhibition is to be shown on some of the most famous screens in the world, including those in Times Square in New York and Europe’s biggest screen in Liverpool.