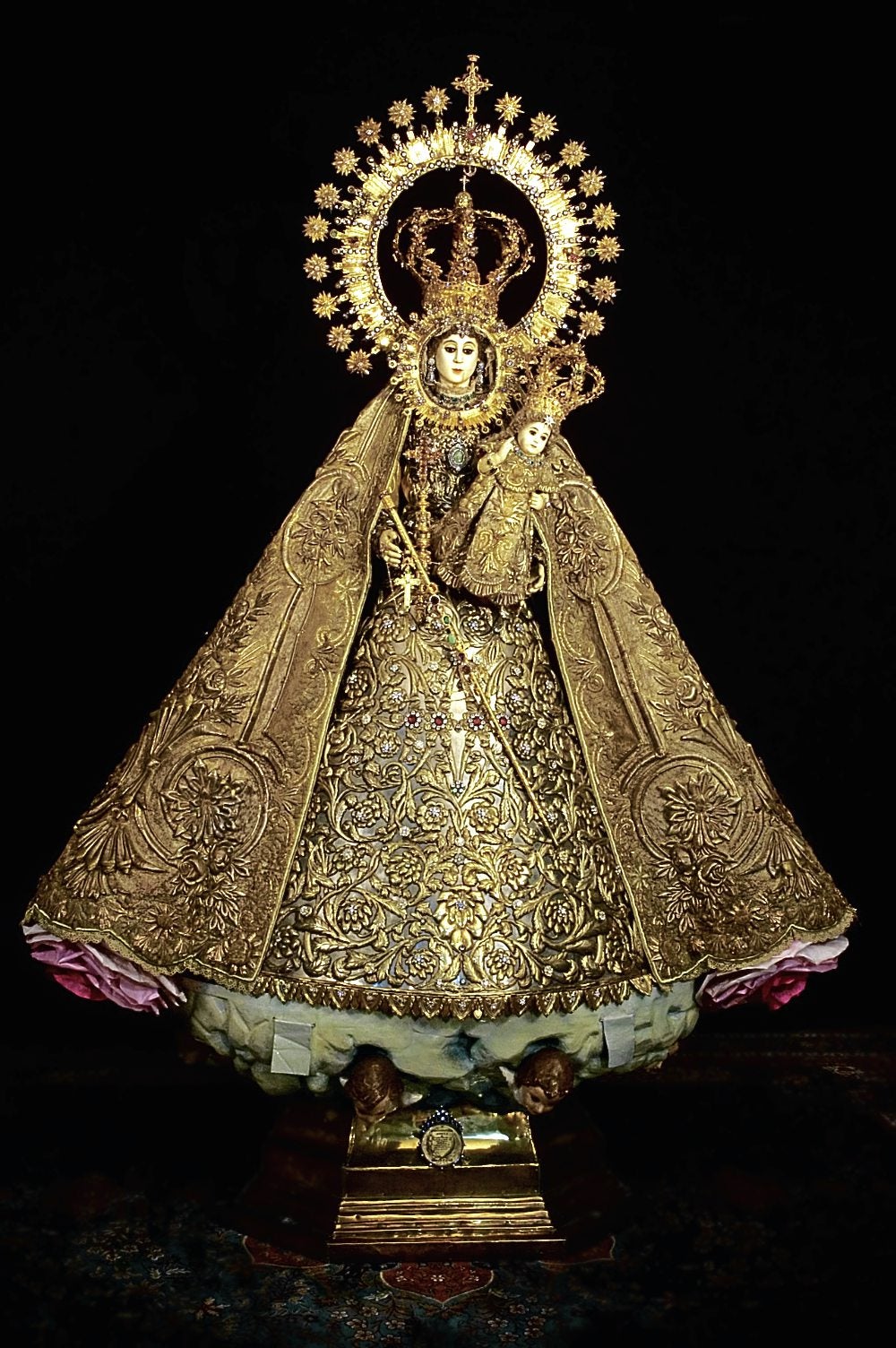 LA NAVAL de Manila is the oldest ivory icon in the country. The Marian feast’s grand procession is on Oct. 14.

The novena to Our Lady of La Naval de Manila is once again being prayed at Sto. Domingo Church, starting with the Enthronement of the historic image of Our Lady on Oct. 4 and culminating in a grand procession to be attended by tens of thousands of devotees on Oct. 14.

Not a few devotees have noted that no matter how heavy the rains would be pouring, no matter how thick and dark the clouds that hover above, as soon as the historic image of Our Lady of La Naval goes out of the Church for the procession, the rains would immediately cease to fall. Our Lady always emerges victorious over the deluge of rainwater.

It does not come as a surprise because the devotion to Our Lady of La Naval is an offshoot of a series of victories over the waters—not of the rain—but of the South Asian seas. The enemies: the mightier, better equipped, more prepared Dutch armada. The Dutch who had seized Formosa from the Spaniards in 1642 wanted the Philippines, too!

The Spanish-Filipino “armada” consisted of two rickety galleons (a newer galleon was added on the third battle). The Dutch invaders had seven warships and two fireboats.

Despite being outnumbered and outgunned, the Philippine armada had an ace up its sleeves: It went to battle armed with a strong faith manifested in the soldiers’ incessant praying of the Rosary.

The results: A Dutch warship and the two fireboats sank to the bottom of the sea. The Filipino-Spanish fleet, on the other hand, remained intact, with very few casualties. Faith, indeed, works!

What is this faith, and where did it come from?

Faith comes to us as a divine light emanating from God’s mysterious presence in every man and woman. This divine light activates in our deepest self an inner inclination, an attraction which leads us, thrusts us back to God. Spiritual writers call this by many names—light of faith; divine instinct; an obscure groping.

This light of faith, or obscure groping, or divine instinct helps us to discern and recognize the things that come from God. It enables us to believe that God called a people to salvation starting from Abraham, set them free from the slavery of Egypt through the leadership of Moses, led them to the Promised Land, invited them to return to the Lord through the voices of the Prophets whenever they became unfaithful, and sealed their salvation through the Life, Death and Resurrection of Jesus Christ.

When we assent, or when our minds fully accept these revelations, and when we act according to the demands of these revealed truths, we can say we make an act of faith as a response to the divine instinct or the obscure groping, which is God’s invitation for man to forge an intimate relationship with Him.

Essentially this faith consists in the belief that God’s power is at work in the world and in human affairs, including each person’s affairs. As one theologian writes, “God pitched His tent in the midst of human history.”

The concrete experience of winning a battle in spite of blatant inadequacies, defeating an enemy with superior strength, bolsters one’s faith. From that experience ensues a greater conviction, a stronger faith that God, indeed, intervenes in human history to defend the truth, to ensure justice, to promote peace, to realize what is good.

Part of that faith, which is peculiarly Catholic, is the belief that the Blessed Virgin Mary intercedes on our behalf so that God can perform miracles in our midst.

Since that historic naval victory of 1646, a yearly novena and procession in honor of Our Lady of the Rosary of La Naval is held at Sto. Domingo, now at Quezon Avenue, Quezon City.

Although there are no naval battles to be fought at the moment, there are other needs which the people ask Our Lady to intercede for: cure of serious ailments; passing board examinations; success of business endeavors; safety of relatives working abroad. For many, the odds are insurmountable. Their personal battles cannot be won by simply relying on the available resources within the powers of man.

One example of a personal battle won through the intercession of Our Lady of the Rosary of La Naval is a young man’s struggle against full-blown AIDS (Acquired Immuno-Deficiency Syndrome).

The mantle of Our Lady had to be flown to the United States where the young man was undergoing treatment at great expense for the family which had to struggle to cope with the exorbitant cost of the healing process. The Lady’s mantle was used to cover him as he lay weak and helpless in his bed.

A few weeks later, the young man showed signs of renewed strength that eventually led to his complete recovery.

Although the medical intervention was not stopped, the young man and his family who are regular churchgoers and ardent devotees of Our Lady, attribute his recovery to Divine Providence through the intercession of Our Lady of La Naval.

Indeed, in human life, many times people experience having to deal with so-called human limit-situations, where conditions adverse to man are beyond his power to overcome. One way to face it is to remain passive and helpless and let the situation take over, like allowing the waves to steer the boat to whichever direction the wind brings it.

True faith, while believing that God can do something according to our wishes, also concedes that, at times, God cannot give us all that we ask for. In both instances, there should be a conviction that everything God does and does not do for us is always for our good.

As we sail on with our own battles in life, and as we lay them before the throne of Our Lady of La Naval de Manila, like the five battles of 1646, we can always be assured of victory if we have the faith that tells us that God and Our Lady want only the best for us.