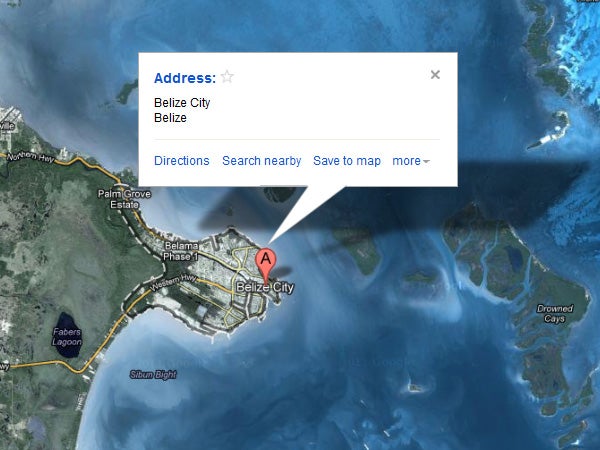 Belize, a paradise for tourists – and drug traffickers 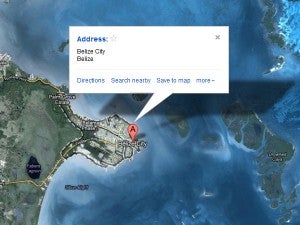 BELIZE CITY – Belize, a tropical tourist paradise, is developing a dark side and turning into a transit point for the trafficking of drugs bound for the United States.

This tiny Central American state, while not a producer of narcotics, has a lot of coastline and not a lot of authorities – and is strategically situated between Mexico and Guatemala – making it susceptible to smugglers, experts and officials said.

“We are facing a trafficking problem,” David Henderson, the country’s police chief, acknowledged to AFP.

“It’s a challenge,” he said, adding that Belize was working with its neighbors to keep drug cartels from putting down roots in this country, formerly colonial British Honduras.

Despite the situation, the police force totals just a thousand – making it tough to adequately patrol the country’s entire territory.

The 300 kilometers (186 miles) of coastline and the 150 kilometers shared border with Mexico, along the Hondo River, are particularly vulnerable to the trafficking of drugs, weapons, illegal immigrants and contraband.

In mid-September, authorities from Mexico and Belize met to explore the possibility of boosting checks along their common border in an effort to crack down on trafficking.

“Belize is a transit point for cocaine shipments,” Commander Anastacio Garcia, who heads the military in the Mexican state of Quintana Roo that borders onto Belize, recently told reporters.

The commander of the Mexican army’s naval zone number 5, Conrado Aparicio, confirmed drug trafficking over land and by sea had increased in Quintana Roo.

He also highlighted trafficking along the border between Belize and Guatemala, done in such a way, he noted, that only small quantities of narcotics are smuggled at a time.

“The cartels have local contacts, they pay in drugs and weapons,” said a local agent who requested anonymity. “Some supply fuel to planes or speedboats and serve as guides so the drugs can be moved on to Mexico.”

In 2011, Belize made its debut on a US list of “major drug transit or major illicit drug producing countries.”

According to the US State Department, cartels expedite narcotics to the United States via Mexico using tiny Belize as a stopover point for drugs coming from Colombia, Peru and Ecuador. The amount of cocaine passing through Belize has been estimated at 10 tonnes per year.

“Without action and redress, Belize’s security environment will continue to deteriorate,” the report said, urging the country, among other things, to beef up its border security.

By placing a greater emphasis on institution and capacity building, Belize will be “more capable of successfully confronting illegal drug trafficking,” it added.

In April, a plane carrying cocaine crashed in the jungle close to Corozal, not far from the Mexican border. Local media reports said those on board were able to escape with their load before police arrived, illustrating the weakness of law enforcement.

With a poverty rate near 40 percent, this undeveloped country has in recent years become more and more prone to violence.

According to the United Nations, Belize was considered among the most dangerous in the Americas, with a homicide rate of 41.7 per 100,000 people in this nation of just 330,000. In Belize City, the economic capital, criminal gangs are becoming increasingly powerful.

The sluggish global economy has taken a toll on Belize, where 25 percent of the economy is linked to tourism.

The country is also behind on an overdue debt interest payment and narrowly avoided full-blown default in late September after paying a portion of what it owes. It was subsequently granted a two-month reprieve by its creditors.