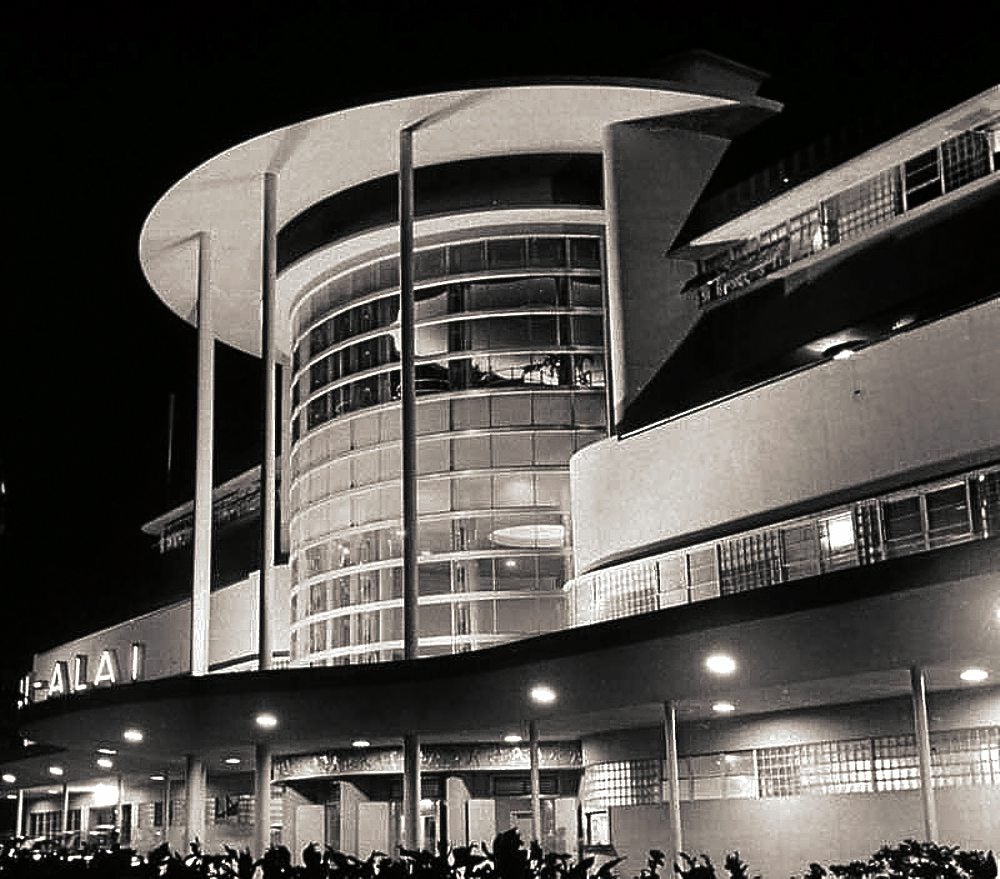 I do not remember the Jai Alai. I have never marveled at the flame trees that once lined the paseo to Luneta. Not once have I walked through Escolta in all its glory, when it exuded glamour comparable to stylish European boulevards.

When my college history professor told us that Manila was once the Paris of Asia, I could not believe my ears.

And can you really blame me? Not when Manila today is a quagmire of traffic, belched smog and reeking garbage. Not when the buildings of Escolta look down upon you like haggard beggars, their walls smeared with grime, ghosts of their former elegance. Not when the Jai Alai is nowhere to be found, having been demolished in 2000 by then Manila Mayor Lito Atienza, only to be replaced by an empty lot.

You tell us that Manila was once beautiful. Where is evidence of that?

Hunt for the old city

After that history class, I scoured Philippine history books and the web for a glimmer of that golden past. To my surprise, there was so much material.

Bloggers have posted archival photos of buildings as they once were, when they were the pride of a nation in full swing before the destruction of World War II.

Carlos Celdran and Ivan Henares offer tours of Manila, taking oblivious urban explorers to jaunts that open their eyes to the heritage peeking under the layers of smog and grime.

It is there, despite the disappointing surface of a city gone to the dogs. Beneath the cities of our daily lives is a beautiful city of Art Deco buildings, old Spanish churches, tree-lined boulevards and parks. A city aching to burst forth and show us what we’ve been missing all these years.

I’ve searched far and wide for this city, only to find it staring at me in the face. We still have some buildings left. Despite all our efforts, we have failed to erase this city of our dreams. We still have the Malate Church and San Sebastian Church; the Old Meralco building built by Juan Arellano in the ’30s with relief sculptures by the Italian artist Francesco Monti; the Nielson Tower in Makati built before World War II as part of the country’s first international commercial airport; and many more.

These buildings stand on our university campuses, beside LRT stations, in front of malls or on streets we pass on our way to work. They are everywhere yet we do not see them.

The first step to bringing back Old Manila is to see Old Manila. Don’t only pass by these buildings, but look at them. Really look at them and imagine them if they had been cleaned and restored. Imagine them in their prime.

I spent two weeks in Europe for an internship and in between work, I would wander the streets of Amsterdam and Paris. What I saw there astounded me.

Buildings that date as far back as the 14th century have been restored and continue to be in use today. A building that might’ve witnessed the Black Plague currently houses a McDonald’s. A 17th-century chapel has been transformed into a classy bar. Though there is an oak bar full of hard drinks by the front, one can see the organ by the high ceiling which had once played mass songs. Old townhouses still boast residents. A gothic church houses a gallery. Bookstores, restaurants and boutiques front old buildings.

Why can’t we have that in our cities? Why must Old Manila remain old, a mere memory, a fleeting moment gone forever when we can bring it back? The war is no longer an excuse.

Manila was only the second most destroyed city during World War II. Warsaw was the first and its residents have now fully restored their built heritage.

With enough awareness, political will, financial investments and involvement from all sectors, can’t we bring back our city as well?

It will take time and effort, but that is a small price to pay for national identity and pride.

A couple of college friends and I repeatedly visit Quiapo, Binondo and Escolta hoping to get a glimpse of the city we had been robbed of. We bring our cameras and some money to go on a Chinese food binge in Binondo. We wander the streets hungrily and greedily take photos of the still beautiful buildings there, desperate for a taste of the past.

There is so much beauty in our built heritage.

My dream is to see Manila restored, transformed into a walkable city where the streets are organized in a way that restricts car flow only to certain areas so that people can eat al fresco without air pollution getting in the way of a pleasant lunch.

I want to see my kids sitting under a bench beside a tree-lined walkway getting ready to buy milk tea from the Old Meralco building, now an elegant home to stylish cafés.

I want a Manila flocked by tourists eager to see the Paris of Asia. Only to us, it won’t be just another Paris. It will be Manila. Our Manila.