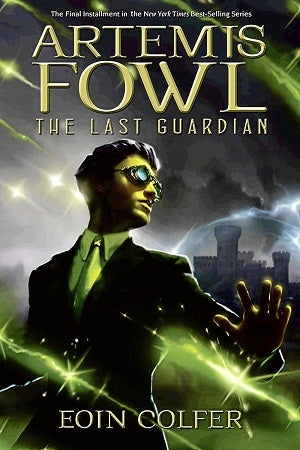 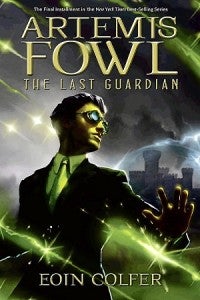 Despite his seemingly boundless intelligence and streak for mischief, Artemis Fowl has never been able to figure out how to get the love he deserved outside of his readers.

Irish fictionist Eoin Colfer’s boy genius has been stalking the shelves since the simply titled “Artemis Fowl” came out in 2001. Eleven years later, the seven young-adult Fowl novels have been reviewed exuberantly, but he remains largely unknown beyond the bookstore; most likely the absence of a major motion picture adaptation is behind that.

Yet he is, together with Harry Potter and Katniss Everdeen, the revolutionary who helped young adult books cross over to the mainstream.

Almost every inch a villain in his debut, Fowl has evolved into a naughty but ultimately well-meaning antihero, in the process holding a fairy hostage, surviving the Russian mafia, losing his memory, regaining his memory, battling demons, battling his younger self and developing a second personality.

Now that Fowl has recuperated and is back to his old self, Colfer ends the Fowl series with the eighth book, “Artemis Fowl: The Last Guardian” (Disney. Hyperion Books, New York, 2012, 328 pages), with a challenge he never expected to face.

The renegade fairy scientist Opal Koboi returns to destroy both the fairy and the human world, and to do it, she releases spirits called the Berserkers who then possess Fowl’s brothers. Fowl must now figure out a way of preventing Koboi’s unleashing literal Armageddon without hurting his loved ones. The cost he will pay is unexpectedly high and poignant.

Much of the bright things that made the Fowl novels so unique are on full display. In Colfer’s mind, magic and science in the Lower Elements, a city within the earth where fairies are guarded by an elite force called the Lower Elements Police (LEP) Recon—Leprecons, yes—the pun still works.

The star of LEPRecon is Captain Holly Short, who has become a true comrade of and perhaps the only person Fowl cares for. With Koboi’s catastrophe crippling both underground Haven City and the human cities above, Root and Fowl have to find a way together to stop the worlds’ combined destruction.

For Root, it’s just another day of being with Fowl: “Yeah, Artemis is a good guy, I suppose; but whenever we meet, it ends up in shots fired, or time travel, or brain cells dying.”

Much more than that happens here as Fowl and Root share a tender moment (or do they?) and stand together as there is a desperate mood among the characters, because this time, they may not win no matter what insanely possible plan Fowl devises.

As with any final volume, the entire cast are here, from disgusting but helpful dwarf Mulch Diggums to centaur inventor Foaly and as ever, Fowl’s dedicated bodyguard, Butler, among others.

Colfer’s plot is like a hurricane sweeping up all that went on in the previous Fowl books and leading them to this moment. In the end, it is all about what kind of young man Fowl has become after everything that’s happened to him, big and bad.

“I tricked you,” Fowl says at adventure’s end. “After all, I am a tactical genius and you were unconscious. I want you to remember that.”

With that, Colfer unveils one last trick, a clever ending that remains true to the series’ penchant for the clandestine as well as its playful intelligence.

Eoin Colfer’s “Artemis Fowl: The Last Guardian” is a most fitting final caper for the ever-planning young genius who brought the readers along with him as he went for mere smart bad person into something much, much more.

To honor him, let’s start at the very beginning, open the first book, 2001’s “Artemis Fowl,” to meet him again for the first time and understand that fairies aren’t the only creatures capable of beguiling.