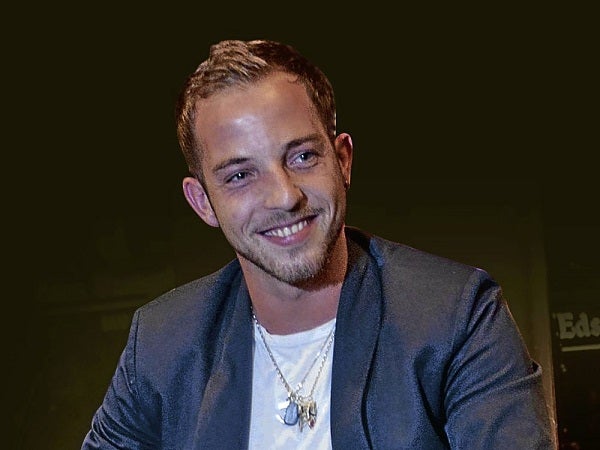 I’d rather have had it hard than easy, I think. Having it hard just allows you to enjoy your life a lot more,” James Morrison said with a good-natured smile at the short media conference held at the Shangri-La Edsa Plaza’s Rosal Room.

A bit bleary-eyed but exceptionally cheerful nonetheless, the 28-year-old British crooner had just flown in from Seoul, South Korea, for the Manila stop of his “Awakening” world tour.

Best known for swoonworthy, guitar-based ballads such as “You Give Me Something,” “You Make It Real” and “Broken Strings” featuring Nelly Furtado, Morrison has set himself apart from all the other acoustic soul artists with his smoky vocals and amazing range.

He was surprisingly candid about his humble beginnings and heartrending lyricism, which is often deeply personal in nature. For his latest album, “Awakening,” he had openly admitted that his songwriting was influenced by the birth of his first child and the death of his father, among other things.

Largely bittersweet repertoire notwithstanding, this man is definitely no sad sap. Any doubts about his ability to put on a rocking performance were all put to rest when he took the stage at the Smart Araneta Coliseum last Oct. 9. Exuding both boyish charm and smoldering charisma, Morrison belted out one sweet pop ditty after another, with R&B grooves and sultry reggae beats accompanying his jaw-dropping, Stevie Wonder-like vocal runs.

Whether on or off stage, this blue-eyed soul certainly gave Pinoy hopeless romantics something to swoon over for days to come.

All the music that I loved growing up was soul music in some form or another. I’m a big fan of Van Morrison. I was always a big fan of singers that conveyed passion when they sang, [like] Stevie Wonder, Otis Redding. My mum had a lot of soul compilation albums—Fats Domino, Sam Cooke, Donnie Hathaway. My dad likes a lot of Eagles. I love a lot of black music. I love Bob Marley, Carole King, Cat Stevens, Fleetwood Mac … Just good songs with passion and soul and good voices.

That was the one thing about my childhood that helped through the bad times—there was always good music around. My mum was in a band and my dad had a really good knowledge of trivia and music, so it was always a big part of my life. It got me through. I relate a lot of songs to the sad times in my life.

On his music being dubbed as “white soul” or “blue-eyed soul”:

Yeah, I suppose if that’s what people want to call it. Soul music is just music that’s got meaning and purpose. I like pop music as well. To me, I’m just a singer trying to convey truth through music. I’m still very young and I have a lot to learn, but as long as you feel like you’re doing something that means something, then it’s soul music.

I grew up with a lot of music that’s black music, but I try not to think of it as a color, really; I just try to think of it as a feeling. It’s like Van Morrison—he sings with so much soul and he’s a white Irish guy. I don’t know, I’d rather it just be called soulful music rather than black, white, blue-eyed soul. I’ve got blue eyes, but, yeah. (Laughter)

On striking a balance between writing music and selling records:

That’s the thing about being a recording artist. It’s hard and it’s fun, trying to get the balance between something you love to create and something that’s gonna work and people can relate to. I think for me, that’s what Michael Jackson was really good at, writing songs that had depth and artistic integrity but they punch you …

On writing songs that are very personal and honest:

I think I may be honest about things that are universal things. I lost my dad; a lot of people lose their parents. The responsibility I’ve got on myself as an artist is to try and write songs for people who can’t express themselves, to write songs that people can relate to. I still feel like I’ve got a big chunk of stuff that is just for me, that I don’t really let people see, but I’m as honest as can be as an artist without giving too much away. You know, my dad always said to me, “You can’t give everything away, you’ve got to keep something for yourself.” So I’m always aware, conscious of having a little part of myself that no one has seen.

I find it much easier when there [are] problems going on. (Laughter) My favorite songs are songs that have a yearning or heartache of some kind. I think I was born sad. (Laughter) I don’t think everyone’s born sad; you just gotta find your way to be happy, you know? I think the best songs that I’ve created come from a place where maybe it’s not what you want it to be, but you’re hoping for something better. I think that feeling is always more powerful than “Everything’s great, I’m having a great time.”

But I enjoy writing songs when I’m happy, too. That’s the thing; even if I’m in a bad place, I’m always trying to have a lyric or a feeling that ultimately is positive. There’s no point sitting around writing songs that are miserable.