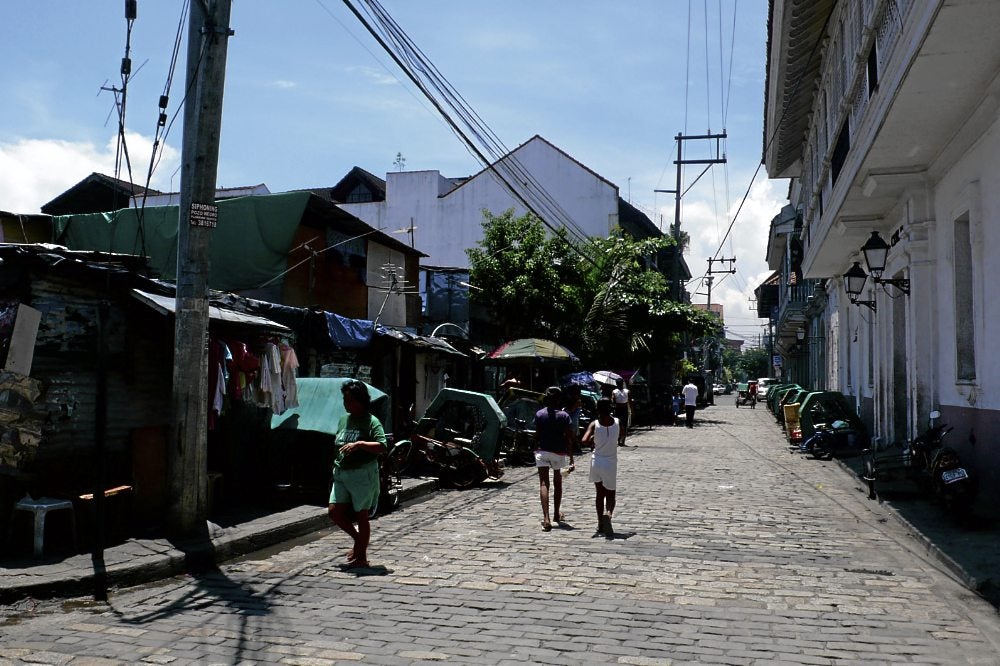 The future of Intramuros will be built on its past

Intramuros is stepping out of its past these days and planning for its future.  Its plan for the future, however, hinges on the realization that its future is solidly tied with its past.

Without its past, Intramuros would have no identity.

Filipinos regard Manila’s Walled City as the soul of the nation, but today Intramuros has become a place of memory that is not visited by the majority of Filipinos, nor is it a part of everyday Manila life.

It is an island of heritage in the midst of congested Manila.

Built on the 16th-century palisades of Raja Sulayman’s fort at the mouth of Pasig River, it was the country’s political, religious, economic and social nerve center during the Spanish colonial era.

Although left untouched in recognition of its heritage qualities by the 1905 Daniel Burnham Plan for Manila, which was commissioned in the early days of the American colonial government, Intramuros did not survive World War II.

Bombs practically wiped out Intramuros during the American reconquest of Manila in the last days of World War II.  Families chose not to return to Intramuros after the war, leaving ruined structures and empty properties that soon were occupied by informal settlers.  Reconstruction never happened.

A walk through Intramuros today is a study in contrasts:  of sensitively restored fortifications and the World Heritage San Agustin Church; of reconstructed Spanish-era bahay-na-bato standing in brute contrast next to blocks of informal-settler dwellings, a sight that dashes romantic notions of reviving bygone colonial Intramuros gentility.

A sizeable daytime population composed of office workers and students abandon the 64-ha Walled City every night, leaving the premises to a handful of permanent residents.

Informal settlers are the majority of the Intramuros population, in actuality, the de facto resident population of the heritage quarter.

Intramuros Administration (IA) has been leading the reconstruction of the historic quarter with limited success, hampered by informal settlers congesting choice properties.

Since the 1970s, IA saw the informal settlers as an obstacle to reconstruction, but relocation efforts were unsuccessful.

The team focused on reviving Intramuros by attracting businesses and residents to relocate in the historic district; and to embark on an ambitious awareness program that makes all Filipinos aware of the special heritage of Intramuros.

Measures that establish Intramuros as a prime cultural-heritage tourism destination through a program of activities and events were formulated, which included intensive programs to revive and restore its cultural heritage.

To link government with the private sector, public-private partnership projects are seen to redevelop Intramuros as the prime historic quarter of the Philippines.

Most revolutionary is the team’s turning what is perceived as the area’s main problem, the informal settlers, into the solution for making Intramuros live again.

Intramuros Administration partnered with Gawad Kalinga, challenging them to develop Kalinga Intramuros, a heritage-based resettlement program, that at last integrates the informal-settler population with Intramuros.

Over a three-year period, around 3,400 families will be relocated to a privately donated resettlement site in Cavite.

To maintain connection with their place of livelihood or study, a hostel will be provided in Intramuros for weekday accommodation, and free shuttle service will take settlers to the Cavite resettlement area on weekends.

Heritage-based income-generating opportunities will produce products to be sold in a Kalinga-Intramuros shop which is already in operation at Plaza San Luis.

Informal settlers remaining in Intramuros will be housed in GK units within a multilevel Intramuros-style structure that will have residential units and a hostel on the upper levels.

On the ground level will be a community area, offices, and meeting rooms for the community; a daycare center and clinic; and rental spaces where community members can set up cooperatives and other businesses.

Kalinga Intramuros is probably the only program of its kind in the world that preserves heritage through integrating the informal-settler community to participate in and profit from conservation activities, a program that certainly will develop into an international model for other threatened urban heritage locations to emulate.

It is a gold feather added to the Filipino cap.

Comments and feedback are welcome at [email protected]