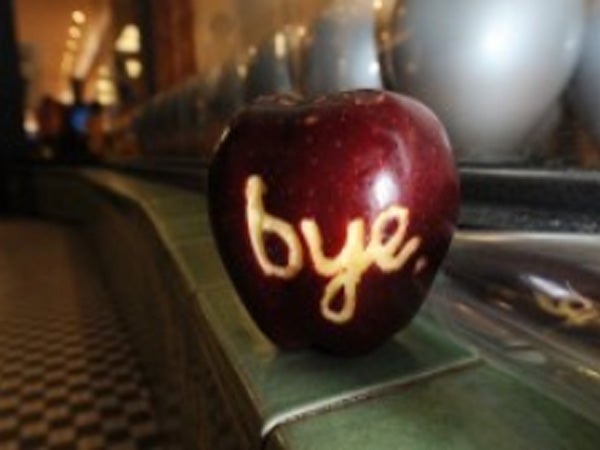 Life after death? Neurosurgeon says he’s been there WASHINGTON—Eben Alexander’s quick trip to heaven started with a headache.

It was November 2008 and a rare bacterial meningitis was fast on its way to shutting down the University of Virginia neurosurgeon’s neocortex — the part of the brain that deals with sensory perception and conscious thought.

“For seven days, I lay in a deep coma,” he recalled. Yet at the same time, Alexander “journeyed to another, larger dimension of the universe, a dimension I’d never dreamed existed.”

There he found “big, puffy, pink-white” clouds against a “deep, black-blue sky” and “flocks of transparent, shimmering beings… quite simply different from anything I have known on this planet.”

It turns out Alexander was not alone.

His traveling partner in the afterlife was a young woman with high cheekbones, deep blue eyes and “golden brown tresses” who, amid “millions” of butterflies, spoke to him “without using any words.”

“You are loved and cherished, dearly, forever,” she told the doctor, a father of two with movie star looks. “You have nothing to fear. There is nothing you can do wrong.”

Alexander recounts his story, and seeks to explain it, in “Proof of Heaven: A Neurosurgeon’s Journey into the Afterlife,” to be published in the United States on October 23.

His New York publisher failed to respond to interview requests, but an excerpt from “Proof of Heaven” in Newsweek magazine has stirred the enduring debate about life after death.

Inevitably, skeptics wonder if Alexander, who teaches at Harvard Medical School, is going out on a paranormal limb.

“It sounds like he had nothing more than an intense lucid dream,” wrote one reader on Newsweek’s website. “A personal anecdote is not evidence or proof, as moving as it may be,” added another.

The sarcastic New York blog Gawker challenged its readers to spot the difference, if any, between Alexander’s portrayal of paradise with published accounts of LSD trips.

But others stood firmly by Alexander, who has previously spoken of his near-death experience on science TV programs and in a lengthy interview last year with Skeptico.com, a science and spirituality blog.

“If there is evidence and proof of an afterlife, this is probably as good as it gets,” Catholic Online, a Web-based Roman Catholic news service, wrote approvingly.

By one estimate, three percent of Americans — more than nine million — have undergone a near-death experience. Some have written up their stories on the website of the Near Death Experience Research Foundation.

“There are tens of thousands of near-death experiences every year and many of them are very similar to Alexander’s,” said Paul Perry, co-author of several best-selling books on the topic.

“These experiences might be a glimpse into our next miraculous and exciting adventure,” he told AFP in an email. “Unfortunately, there is little meaningful research taking place in this field right now.”

Dean Mobbs, a psychologist at Columbia University in New York who studies neurobiology and fear in humans, did not dismiss Alexander’s experience — but he questioned how it came about.

“I think there’s no paranormal component to it,” said Mobbs, co-author of a paper in the journal Trends in Cognitive Sciences identifying near-death experiences as “the manifestation of normal brain functions gone awry.”

“I believe our brains can concoct vivid experiences particularly in situations of confusion and trauma,” he said in an interview. “The brain is trying to reinterpret the world and what’s going on.”

Mobbs cited research in which, for instance, Swiss neuroscientist Olaf Blanke has artificially induced an out-of-body experience by stimulating the point in the brain where the right temporal and parietal lobes meet.

He also recalled how the body can unleash “a massive dose of opioids” in the face of extreme danger. Opioids generate feelings of euphoria like those described by near-death survivors.

Mobbs also noted that many people who claim to have undergone a near-death experience were never, in fact, near death — while the majority of those who have died briefly before resuscitation do not recall going anywhere.

In his Newsweek excerpt, Alexander framed his experience in religious terms.

One of the few places he has had no trouble getting his story across is church, where “the colors of the stained-glass windows recalled the luminous beauty of the landscapes I’d seen in the world above,” he wrote.

“The plain fact is that the materialist picture of the body and brain as the producers, rather than the vehicles, of human consciousness is doomed.”