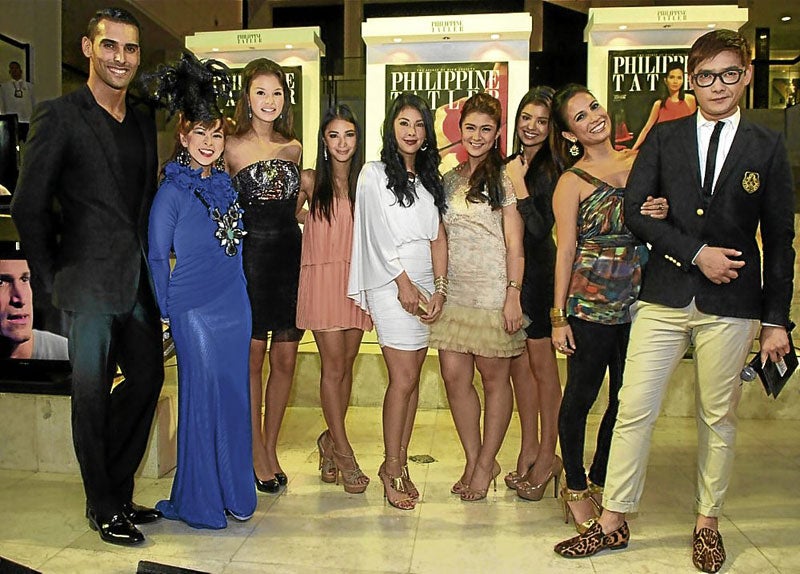 The women of Nigel Barker 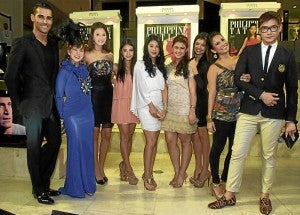 While time definitely does not stand still, the Philippine Tatler’s opening night did an awesome job of freezing it with an impressive lineup of photographs of 13 glamorous women by renowned New York-based photographer, TV host and former model Nigel Barker. The women are featured in the three-cover Glam issue of the July Tatler.

The exhibit, titled “The Women,” had our town’s A-listers, standing elbow to elbow at Greenbelt 5 Atrium for the opening. Carla Abellana, arrived with her pal, Geoff Eigenmann. Fresh from her trip to Brazil, Heart Evangelista made a stunning entrance with her Brazilian boyfriend, Daniel Matsunaga.

Valerie Weigmann, Rocio Olbes, Pops Fernandez and Stephanie Zubiri joined the hosts onstage to gush about working with Nigel Barker and the pleasure of being immortalized by his photographic skills.

Naturellement, dahlings, none of this could have happened without Ayala Malls Inc., which provided the venue. Definitely a big thank you goes to Stores Specialists Inc. and Rustan’s Essenses.

The Philippine Tatler gang was there, too, headed by managing director Irene Martel Francisco, editor in chief Anton San Diego, this writer (who’s “lifestyle and special editor” of the mag), managing editor Chit Lijauco, and editor at large Mia Borromeo. 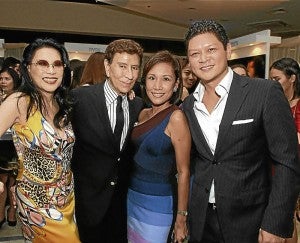 Though Barker was back in New York during the launch, the invitees viewed scenes of him and the gals at work in a special four-minute video provided by Sony Philippines TV screens. I had wanted to spend a chill-out evening away from the maddening crowd, so without batting an eyelash, I dashed to Shangri-La Plaza for the Eiga Sai (Japanese Film Festival), organized by the Japan Foundation Manila and the Embassy of Japan.

Already on its 13th year, the film fest got on a roll with the invitational screening of “Departures” (Okuribito), best foreign-language film at the 81st Oscar awards.

During cocktails, entertaining the guests were Renato Lucas, principal cellist of the Philippine Philharmonic Orchestra, and acclaimed pianist Naomi Sison.

“With the success of t 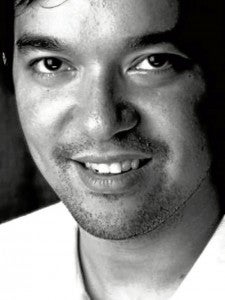 his year’s Eiga Sai, the metro’s preferred lifestyle destination has once again showcased its passion for culture and the arts, offering patrons and film aficionados cinematic pleasures that enthrall and inspire,” said Takatori, to the appreciative applause of the audience, dahlings.

It will totally be another night of thrilling performances when Filfest Cultural Foundation, together with Insular, continues its fourth performing arts season, Allchestra, with a performance by renowned pianist Rudolf Golez and Clarion Chamber Ensemble on Saturday, July 30, 8 p.m., at Insular Hall in Alabang.

The program includes Septet in D minor by J.N. Hummel, Andante Spianato and Grande Polonaise Brillante Opus 22 by Frederic Chopin, Mefisto Waltz No. 1 by Franz Liszt, and Quintet in A Major by Conradin Kreutzer.