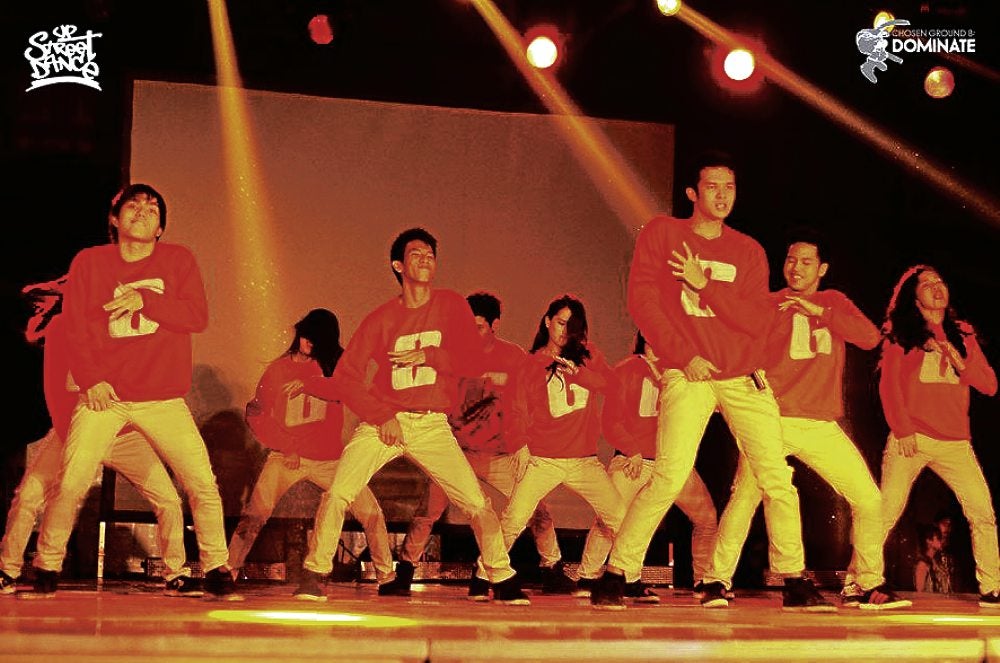 Take dance to the street

Street dance isn’t an art that is new to many, due to its culture and uniqueness that have spread worldwide. Being a very expressive form of movement of the 21st century, it has teenagers everywhere  developing new forms, as seen in modern movies such as “Step Up: Revolution,” “You Got Served,” “Stomp the Yard” and more.

In the Philippines alone, hip-hop is seen everywhere, from the streets to competitions, parties and commercials.

It’s literally all over the place—whoever you are or wherever you come from, street dance has become a phenomenal way for people to connect and express themselves.

Being the autonomous type of dance that it is, streetdance has assimilated a new technique known as “parkour.” Parkour, originally Le Parcours and popularized in France around the ’90s, is a discipline that focuses mainly on overcoming obstacles from one point to another, expeditiously using a combination of running, climbing, swinging, vaulting, leaping and rolling.

Being a fresh trend, it was very fitting for the UP Streetdance Club to use it as their theme for this year’s Chosen Ground 8: Dominate competition, which was held in SM City Marikina on September 29.

The theme was taken into consideration for the venue, since it was literally underground, perfect for all those high jumps and intense stunts.

For those unfamiliar with this annual event, Chosen Ground is a venue for dancers from all around the metro to join and compete for not only the title, but a cash prize of P20,000. It was a great chance for passionate dancers from all over to get together, build a strong team, and go for the gold.

A crash course and demos on how to perform parkour movements were offered early on, before the show. The event proper was kickstarted with a performance by the UP Streetdance Club, then followed by intense solo battles, which eventually led to the competition proper.

In between groups, world-class teams that performed in the recent World Hip Hop 2012 competition such as Legit Status, Fresh Flow, and A-Team were guests as well.

Taking home the title was Junior New System, followed by Nocturnal Dance Company and Team Vibe as the first and second runners up respectively.

It was definitely a successful event, and there’s no doubt that next year’s battle will be even better, and that the teams will come back hungry for more.