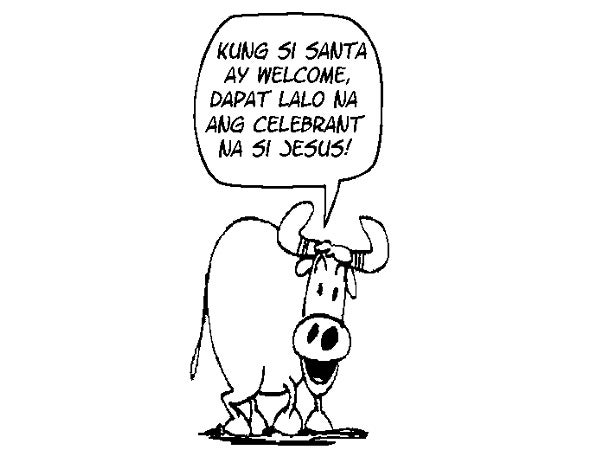 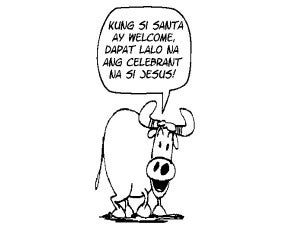 Santa Claus can go ho-ho-ho even in Bangsamoro.

You can have a pig in the backyard, and eat it, too.

Christians can eat lechon there. Or raise pigs. No problem.

Bangsamoro will not be an Islamic fundamentalist region, Jaafar told the news service of the Catholic Bishops’ Conference of the Philippines (CBCP) in Manila on Wednesday.

Freedom of religion will be respected in Bangsamoro, Jaafar said.

Christmas and pigsties will not be banned in Bangsamoro, he said.

“This is a democratic government. Christians will be allowed to hold their church activities … or celebrate Christmas. They will also be allowed to put up piggery … all these things,” Jaafar told CBCP News.

Muslims do not eat pork because the pig is held as unclean in Islam.

But Jaafar said the rights of individuals would be respected in Bangsamoro.

The agreement sets out the guidelines for the creation of Bangsamoro, which will replace the Autonomous Region in Muslim Mindanao (ARMM).

“We hope it will not take long because our people have been waiting for so long and probably many of them are expecting that the Bangsamoro government will be set up immediately,” Jaafar said.

“It must not be beyond two years and I think the Bangsamoro regional government must already be operating three years from now or before the expiration of the term of the President,” he added.

Jaafar said Bangsamoro would not repeat the mistakes and failures of the ARMM, which President Aquino himself described as a “failed experiment.”

“Out of this experience, it is but natural that we will not repeat this failure experience. When we have this kind of leadership, our people will never fail because we have the leaders who are accountable to God and they serve not just for themselves [but for all the people,” Jaafar said.