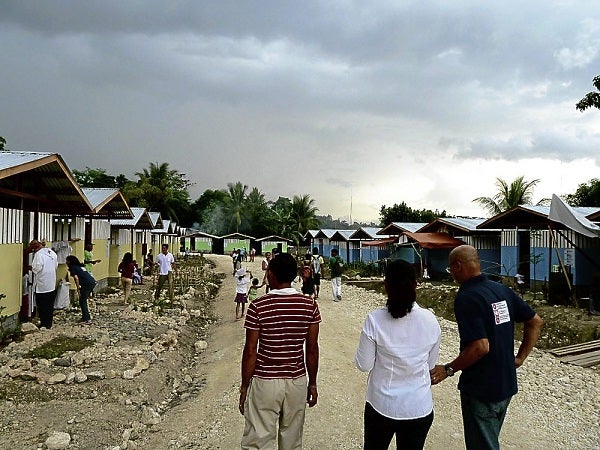 Camelot and the Knights of the Round Table may have been a legend. But real knights did exist in the days of the Crusades, responding to the Pope’s call to defend Palestine’s holy places and Jerusalem, in particular, which the Seljuks of Asia Minor had captured.

The oldest surviving order of chivalry is a Roman Catholic lay religious order—the Sovereign Military Hospitaller Order of Saint John of Jerusalem of Rhodes and of Malta, once known as the Knights Hospitaller founded in Jerusalem about 1050 to provide care for sick pilgrims.

It became a military order operating from Rhodes, then Malta, when the Christians lost Jerusalem. The Order’s fleet, one of the most powerful in the Mediterranean, Wikipedia states, “contributed to the ultimate destruction of the Ottoman naval power in the Battle of Lepanto in 1571.”  Attracted by Malta’s location along strategic sea-lanes, Napoleon took over the island in 1798. Finally settling in Rome, its original hospitaller function once more became its main focus.

In several recent Philippine disasters, Malta’s worldwide relief corps, Malteser International, has responded with humanitarian aid to helpless victims. Owing both to local Order of Malta resources and, to a large extent, Malteser funds, thousands of disaster victims in the Cordilleras and Muntinlupa, and still ongoing,  Iligan’s “Sendong” refugees, have been helped to recover.

The deep despair of victims who have lost their loved ones and everything they owned is palpable.  “Recover” entails helping them bounce back from physical loss and to meet their medical, spiritual and psychosocial needs.

In the aftermath of “Pepeng” and “Ondoy” in 2009, Parañaque, Muntinlupa and San Pedro, Laguna, victims were given food and other provisions from the Manila warehouse, where Malteser International stocks about two tons of relief goods.  Portalets were also provided in evacuation centers.

The Baguio diocese recommended Pasdong in Atok, and Coruz, ambassador in Tublay, for assistance.  Coming to the rescue were the Order of Malta Philippines, with Malteser International and the Order of Malta Worldwide Relief, the National Disaster Coordinating Council and the Cordillera Autonomous Region’s Office of Civil Defense, and Malteser officers from overseas.

A multipurpose center, water tanks and latrines were built.  Basic rescue training and disaster risk reduction were conducted in modules, such as basic rope safety and spinal injury immobilization.

In Mindanao just before Christmas 2011, Knight of Malta Ramon Prieto, whose wife is from Iligan, got an urgent call from a priest based there. Used by illegal loggers to float huge timbers down from the mountain, the normally tranquil Mandulog River turned into rampaging floodwaters when “Sendong” hit.  In the dead of night, tons of logs crashed into houses on the flooded riverbanks, killing 1,456 and destroying thousands of houses and a school building.

Cold, hungry and traumatized, 57,000 refugees, many of whom lost loved ones, filled evacuation centers.

Two days later, Knight Prieto, with relief goods from Malteser Manila, or purchased with  substantial donation from Malta Dames Marivic Concepcion and Leonida Vera, the Order’s Vatican-appointed ambassador to the Philippines, flew in with two tons to Iligan, on ZestAir for free.

Accompanying him to assess the damage were Filipino Maltesers assigned abroad but who were in Manila for the holidays, Dr. Melgabal Capistrano from Myanmar, Pakistan-based engineer Floriano Arañez and Msgr. Esteban Lo, Malta Philippines’ chaplain.

Last Jan. 2, Dr. Capistrano and Arañez, with Dame Mina Carag-Harada, and Knight Dr. Leopoldo Lazatin, flew to the stricken city to attend a meeting with the governor, the mayor, Bishop Elenito Galido of the Diocese of Iligan, and various organizations.  The most urgent need, apart from food, water and medicines, was to decongest 16 evacuation centers in schools and a couple of gymnasiums.

While more disaster aid from Malta Singapore and Australia arrived, and a ton of relief goods and shoes from American agencies, the Knights offered to build 100 core shelters on a hectare of land donated by Bishop Galido. Designed by Arañez, the shelters would decongest one school. Lazatin’s group put together a proposal addressed to Caritas Germany through Malteser International.

Dr. Capistrano also joined a meeting in Manila with renowned psychiatrist Lourdes Ladrido-Ignacio and Dr. Susie Mercado, and Roby and Joy Alampay, to discuss psychosocial approaches for the 100 families earmarked for Malteser assistance.  Their mission: to transform the lives of 5,000 men, women and children refugees from victims to survivors.

Dr. Mercado and her classmate in Iligan, Dr. Miriam Timonera, communicated by Skype. Ten “Ginhawa” books written by Dr. Ignacio discussing psychosocial work on how to help normal people in abnormal situations, were rushed to Iligan.

Dr. Timonera’s team formed the Ginhawa Group.  Away from muddy evacuation centers and aided by Unicef, a Ginhawa tent was set up where children listen to music, watch videos and play with pets.  Channel 5 gave them backpacks.  Another tent is for mothers, where they chat, listen to music and watch documentaries,  and a third tent is for medical examinations.

With male victims helping, building the core shelters was relatively simple when compared to psychosocial intervention.  The loss of family members and their homes engendered a deep feeling of powerlessness. Dr. Ladrido grouped victims into survivors who “respond appropriately” to problems confronting them, regaining a sense of empowerment, and “victims who are overwhelmed into paralysis by their sense of helplessness,” which could lead to more serious psychological problems.

“Transforming victims to survivors,” Dr. Ladrido said, “should be the overall goal of disaster management.”

“We consider this project significant since this will be the first time we ourselves undertake a psychosocial program with a long-term perspective, i.e. focusing on child mental health promotion which offers the opportunity to reduce the child’s vulnerability to mental health problems in adulthood,” Dr. Lazatin says.

That is how Maltesers International, the Order of Malta Philippines, and Dr. Ignacio and Dr. Timonera’s merry band of Ginhawa psychiatrists, doctors and social workers labor to restore a disaster-struck community in Iligan to normalcy and well-being.

Knight Ernesto B. Rufino is president of the Philippine order.