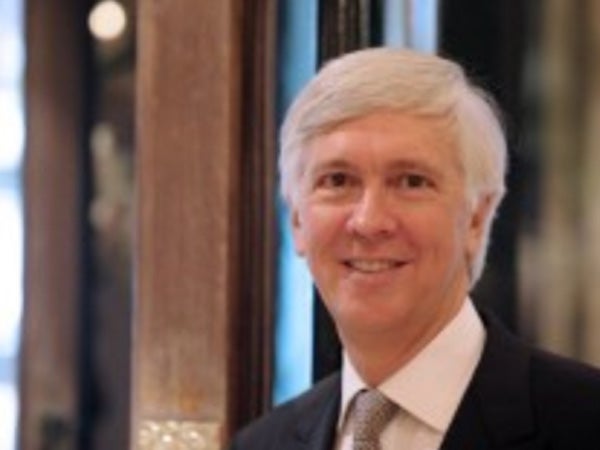 PARIS – Asia is the most dynamic market for luxury products and services and is the next target for palace hotels under the brand of Dorchester Collection, company chief executive Christopher Cowdray told AFP in an interview about strategy.

“We have now nine hotels, they are all iconic. We own all of them except the Richemond (in Geneva). The aim is to have 15 hotels by 2015, it’s ambitious but that’s the plan,” Cowdray said.

The Dorchester Collection is owned by the Brunei Investment agency, the sovereign wealth fund of Brunei.

Cowdray ran through a list of cities which the group targets as suitable for its palace hotels, widely regarded in the world of luxury hotels as being in a class of their own.

“We’re looking at key cities in Europe, in the Far East and in America,” Cowdray said.

“To be precise, one in each of these cities, Tokyo, Beijing, Shanghai, Hong Kong, Singapore, Sydney. We’re also looking at the Middle East as well, Dubai, Doha and probably Abu Dhabi, but also in New York or Washington.

“It depends where the opportunities arrive. It’s not a science, it’s all about opportunity.”

Cowdray, a 56-year-old Zimbabwean who ran the Dorchester hotel in London before becoming head of the London-based Dorchester Collection in 2007, said that several projects were under review and it was hoped that an announcement could be made by the end of the year.

The focus was on Asia because that was where the future development of the business lay, and with the Chinese in particular because “the Chinese will be the biggest travel group in the future.

They’re looking for luxury and the very wealthy are discerning, they know what true luxury is.”

In Paris, the Chinese were still hesitant to stay in palace hotels but growth of the world market for luxury products and services was already being driven largely by demand from the Chinese.

In 2015 they would represent the biggest group of customers for luxury industries, whether they spent their money within China or as tourists abroad, a recent study by the Boston Consulting Group suggests.

The Dorchester Collection might look at building a hotel in Shanghai because “in Shanghai, it’s going to be very difficult to find a hotel that fits our standards,” Cowdray said.

However, the group was not interested in buying two palace hotels for sale in Switzerland, the Hotel des Trois Rois in Basel and the Bellevue in the mountain resort of Gstaad because the locations were not “main cities”.

Palace by palace, the business was expanded with the acquisition of the Beverly Hills Hotel in 1995, the Meurice and Plaza Athenee hotels in Paris in 1997, the Principe di Savoia in Milan in 2003, the Bel-Air in Los Angeles in 2008, Coworth Park, Ascot, England in 2010 and with a management contract for the Richemond in Geneva in 2011.

The last addition was the 45 Park Lane in London last year. This is the only hotel to have been built by the business.

Initially there had not been a strategy to build a group, and additions had been made as opportunities arose, but now the aim was to form a group of up to possibly 20 exclusive hotels, each with its own facet of prestige to stand apart from an ordinary five-star establishment.

Cowdray said that from a financial perspective, the ideal size for palace hotels in the collection was between 200 and 250 rooms.

The nine hotels offer a wider range, from 45 rooms in 45 Park Lane to 301 in Principe di Savoia.

All of the hotels acquired had been refurbished with the exception of Le Richmond where work will begin April and last for a year although the hotel will continue to operate.

However the renovation and extension of the Plaza Athenee might eventually require temporary closure of the hotel, Cowdray said.

“We have to consider what would be the impact on the business and our guests. Beginning next year we’ll be able to make the final decision,” he said.