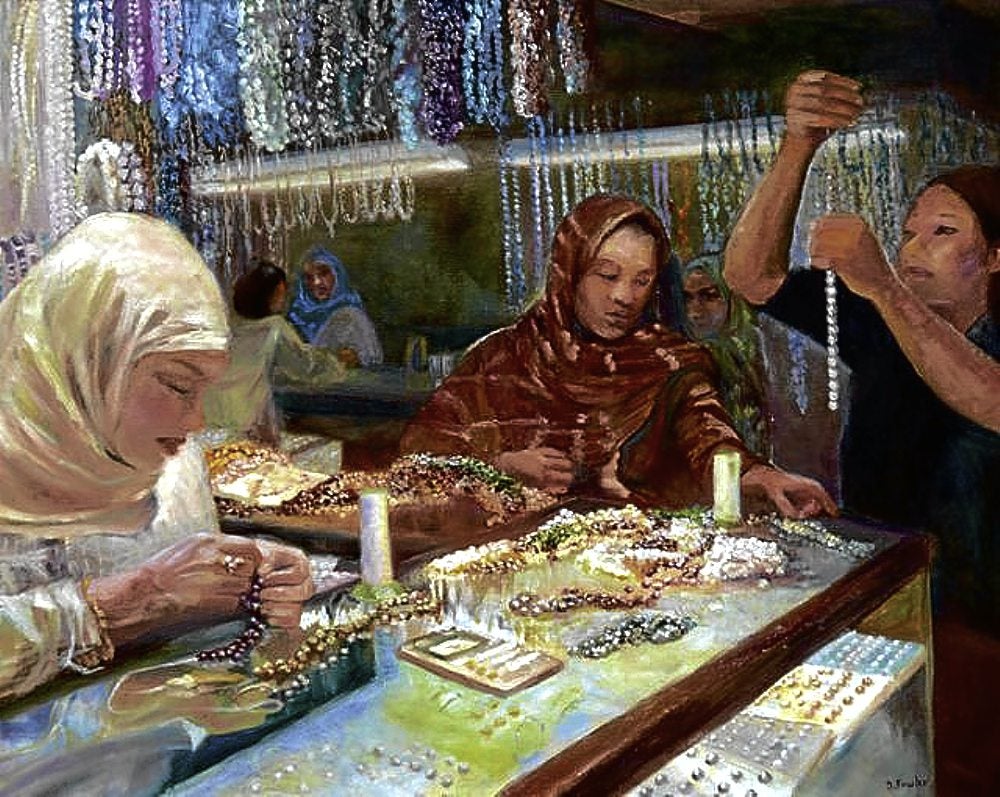 After packing her bags last year and returning to the country for good, artist Sandra Luna Fowler is set to hold a solo exhibit at Art Elements Gallery at Rockwell Power Plant Mall on Oct. 25.

The mother of two and her American husband decided to move back to the Philippines after her adult daughters grew up and moved out of their Florida home.

Fowler said she started painting in 1993 when her daughters were in school. “At first it was just a few classes at art stores that provided the venue. We still had to pay for the classes and we bought our art supplies from them.”

Determined to hone what others saw as just a hobby, she enrolled at Central Florida Community College, where she took both day and night classes as needed.

“Aside from the classes, where we learned form and technique, we also had trips to Amsterdam and Brussels, where I really learned a lot from looking at paintings of the Old Masters like Van Gogh,” Fowler said.

She described her painting style as similar to those of the Impressionists but bordering on realism.

Unlike the Impressionist painters like Claude Monet  who attempted to capture the fleeting beauty of sunlit scenes by painting outdoors, Fowler first takes photos of scenes that catch her eye, which she then attempts to recreate with paint.

Some of her finished pieces include a woman in the middle of disrobing; several gaily attired horses and their Spanish riders; and several that tackle the play of shadow and light.

These paintings, along with over a dozen other pieces, will be for sale and on display at Art Elements until Nov. 8.