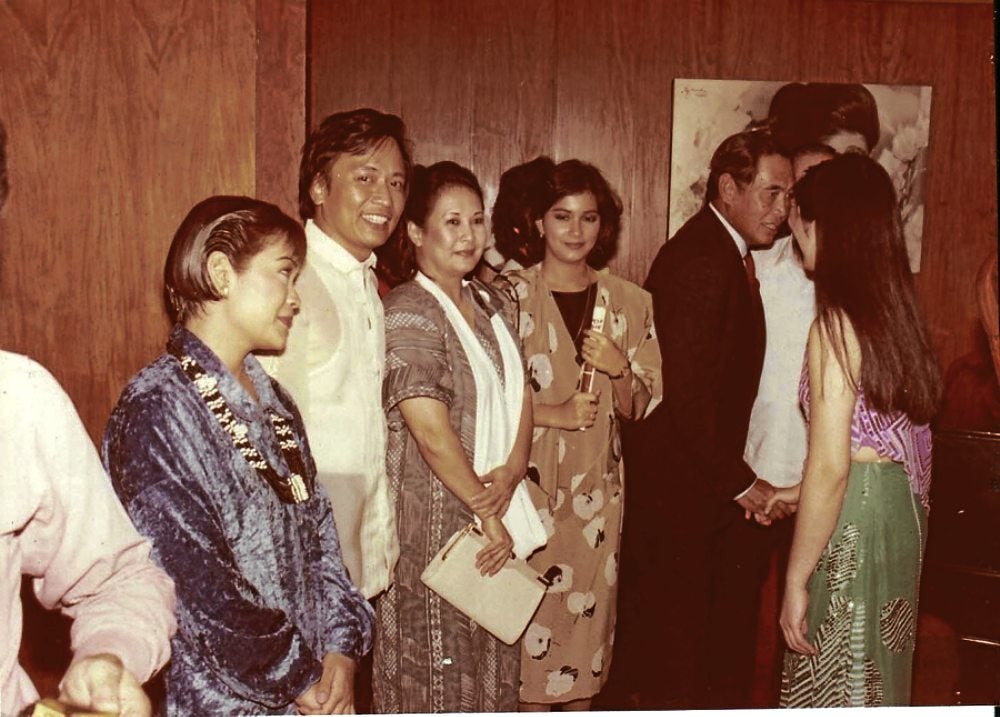 In her short but fruitful life, filmmaker Marilou Diaz-Abaya (1955-2012) lived and breathed music, which was also an integral part of all her films.

While she listened to Cesar Montano sing Don McLean’s “Vincent” when she breathed her last at St. Luke’s Hospital  last Oct. 8,  Abaya’s passion for classical music remained one of the hallmarks of her personality.

Two years ago, Diaz-Abaya admitted she was already fascinated by Mozart’s Requiem, which some people always associate with funerals.

She confided to this writer, who interviewed her for an All Soul’s Day story: “Mozart’s Requiem, as do all his sacred music, always pulls me away from earth and transports me to a heavenly experience. In that part called the Introitus, I associate the few notes played on a bassoon [accompanied by the string section and followed by the rest of the winds] with Mozart himself mourning his own death even before he actually expired. There is a subsequent buildup with the brasses; and then the chorale storms heaven with an urgent plea, joining in the glorious Communion of Saints, which begs for Mozart and for all his fellow mortals: Requiem aeternam dona ets, Domine, et lux perpetua luceat ets.  [Grant them eternal rest, O Lord, and may perpetual light shine on them.] The Requiem does not at all sound like a funeral march. Rather, it is, at least for me, a fervent prayer for eternal life.”

The film director noted that the story behind Mozart’s Requiem was as unearthly as the music itself. A stranger  commissioned Mozart to write a Requiem. Mozart composed it even as he himself fell  ill and prepared to die. The composer told  his wife Constanze that he was writing the Requiem for his own funeral. He died before completing the score.

Nevertheless, the stranger reappeared to collect the work.

Her favorite opera was without doubt Verdi’s “La Traviata,” which was also a favorite of one of her best friends, National Artist for Film Ishmael Bernal.

“In that opera, lovers are reunited in death. For Violetta and Alfredo, ‘Gran Dio! morir si giovane’ [O God! to die so young!] is not a cry of despair, nor is it the end. After singing the duet, Violetta suddenly revives, exclaiming that the pain and discomfort has left her. A moment later, she dies in Alfredo’s arms. We are worth who we love, how we love, and what we sacrifice for love. Love assures the worthiness of death.”

Diaz-Abaya’s last film was “Ikaw ang Pag-ibig,” about Our Lady of Peñafrancia of Bicol. It was named Best Film in the recently concluded  Catholic Mass Media Awards.

In between shooting films and attending film festivals, Abaya would find time for a concert, especially when her best friend, pianist Cecile Licad, is in town.

“Her performances always leave me in tears,” she said. “In her, you get not just her music but also a view of life as we live it. Few artists can do that to her audience.”

Diaz-Abaya and Licad became best friends through the years. Licad and her cousin, film scorer Nonong Buencamino, attended Diaz-Abaya’s first chemotherapy session at St. Luke’s Hospital in 2007, when she was first diagnosed with breast cancer.

“I will always remember the happy times and the inspiration she has given me. I will reconnect with her when I play Chopin’s funeral-march sonata in a few days,” Licad said.

Understandably, Diaz-Abaya’s love for music translates well in most of her films.

She hired cellist Renato Lucas to do live music for “Ikaw  ay Pag-ibig” and in her landmark film, “José Rizal,” along with classical guitarist Lester Demetillo.

In “Muro-Ami,” she got the services of the Loboc Children’s Choir of Bohol to be part of the film scoring.

Abaya’s art and life are summed up in the only film documentary  on her art and life, “The Accidental Filmmaker: A Tribute to Marilou Diaz-Abaya,”  directed and produced by Mona Lisa Yuchengco.

Running close to two hours, the film  zeroes in on her landmark  output (“Brutal,” “José Rizal,” “Muro-Ami,” “Karnal”); her TV projects (“Public Forum,” etc.); and most of all her views on art, life and her least known private sorrow, battling cancer.

Some memorable interviews in the documentary has her saying that an artist’s life is not about trophies, awards and achievements. Being an artist is not about money, she points out, although she perfectly understands the producer’s agenda.

“Being an artist is also about confronting art and life and their uncertainties,” she says.

Her parting words in the documentary: “It is easy to let go of all earthly concerns when you remain basically a child of God.”