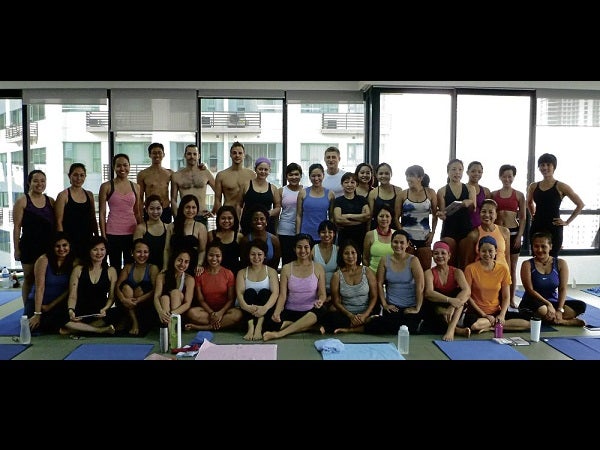 For someone who wears costumes all year around, I’ve come to regard Halloween as an ordinary occasion. But I still look forward to doing some tricks and giving treats to all the kids.

Our youngest child Athena still loves trick-or-treat, so we make sure to decorate the house with spiders and spiderwebs. No witches, though, per her request.

This year, Halloween came early with the launch of Monster High. This toy genre is the latest from Mattel’s portfolio of brands, and features the hip, teenage descendants of the world’s most famous monsters, now having to brave the trials and tribulations of being a teenager in high school.

As part of the characters’ unique personalities, they each have a “flaw” or imperfection related to their monster heritage. The Monster High genre captures all the awkward moments that most young teens experience at school, the powerful bonds of friendship they develop at that stage in life, and the challenges of fitting in.

Monster High is all frighteningly fashionable, of course. The launch was held at the Main Atrium of the SM Mall of Asia, and featured a flash mob and cosplayers. It’s all on Facebook and on www.monsterhigh.com, which includes free games, videos and other cool stuff.

As the launch host, I dressed up as a freaky fabulous creature with flashes of Frankenstein, Dracula and Black Swan and topped off with giant moth wings. The getup prompted a raised eyebrow or two from Chedney Rodgers, Mattel’s regional marketing head, but I’m sure these regional types enjoy the pizzazz of a Pinoy launch over the staid simplicity of a staged Singapore show.

Halloween is also sembreak time. It’s that time of year when our family might actually have a meal together, something we rarely get to do because the kids eat early due to school, while Dennis and I eat late due to work.

All this was food for thought as I was writing my contribution to the book “Famealy Matters: 50-Plus Stories of Everyday Intimacy at the Family Dining Table.” Monde Nissin launched this book as part of its advocacy to remind families of the importance of having meals together.

Publisher Francis Kong told me that this touching collection of personal narratives should make us realize how the gratification and benefits of sharing meals with the family is worth it. Copies are available at National Book Store and Powerbooks.

Of course, the aftermath of every vacation, no matter how short, is that feeling of having two or three unwanted pounds that have come home with you. The quickest and best solution is a three-day, Yogabody Detox, available at Yoga+ Wellness Series.

This Detox is a cleansing series coupled with surprisingly delicious, high-vitality juices, daily yoga and nutrition classes. Like all detox programs, it is effective at ridding the body of unwanted toxins, boosting the immune system and energizing the body.

He is also known for his passion for nutrition, health and transformation, as he is a nutritional coach who studied under Gabriel Cousens in Arizona. His yoga background includes training with such notables as Sri K. Pattabhi Jois, Sharath Rangaswamy, Alex Medin, Paul Dallaghan and Eddie Stern.

Dinah Salonga, owner of Yoga+, was thrilled to be able to bring in Lucas and offer his class to Manileños.

Halloween season is also the height of the ball season. We’ve had the Red Charity Gala, the Tatler Ball is on the horizon, but next up is the Gawad Kalinga Hope Ball 2012, featuring the theme “Restoring Intramuros, Restoring the Nation.”

The GK Ball is on Nov. 9 at Rigodon Ballroom, Peninsula Manila.

GK’s Hope Ball is an effort to bring together all sectors of society for nation-building. Now on its third year, the Ball shifts its focus to the old capital of Manila, Intramuros.

The Walled City is currently beset with overcrowding and deterioration; over 3,400 informal settler families occupy public and private lands in the area. Working together with the Intramuros Administration, GK began the Kalinga Intramuros campaign to relocate settlers to a GK Village in Trece Martires.

GK founder Tony Meloto noted that the aim is to restore the radiance of the Walled City, to properly reflect the soul of our nation. Among the funders of the program are the  Catholic Bishops’ Conference of the Philippines and Cityland Development Corp.

Pinky Antonio, a key champion of GK, is chairing the GK Hope Ball, in partnership with Lifestyle Asia and The Peninsula Manila. Highlights of the evening include a live auction and a fashion show mounted by the Fashion & Design Council of the Philippines, led by JC Buendia.