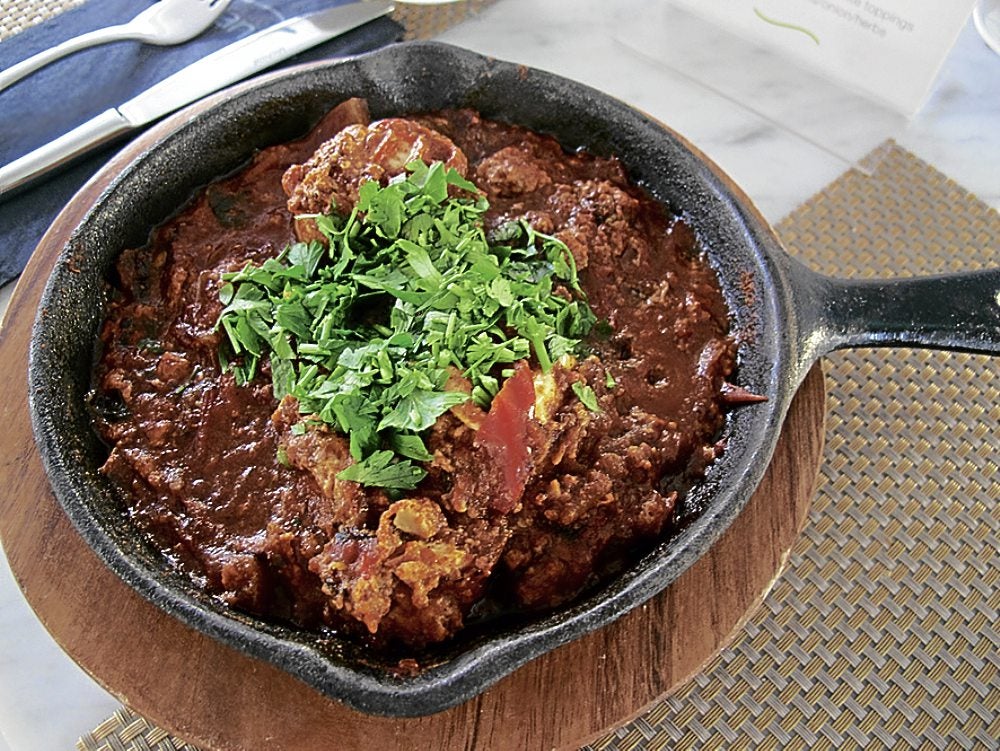 Our taste of Israel

We must breakfast! That was the best suggestion on the day we arrived in Jerusalem and were too early to check in (hotels have to have “limbo” rooms where one can shower, change clothes from the long-haul flight).

A sweeping inspection of the buffet table told us we were going to be happy for the rest of the day. In the land of milk and honey, there were several cheese to choose from and what looked like honey turned out to be a syrup made from dates. Breads were all enticing. There was a large selection of fruits—sweet juicy plums, melons, grapes, watermelon.

There were hot dishes but I was content to have my breads and coffee.

In a foreign country, a culinary discovery is priceless. After looking at another breakfast spread in another hotel and seeing nothing new, a table sign asked to order your egg preference.

An unusual shahshuka was recommended by the waiter who excitedly tells you that he wakes up to the smell of shahshuka cooking. How can you resist such comfort food?

It came in an iron-cast pan and you could tell even before you tasted that there was tomato sauce, eggs, bell pepper and feta cheese.

After tasting, you detected the garlic, onion and chili. It certainly was better than fried egg bathed in ketchup.

At every meal, a mixed vegetable salad was omnipresent. Diced cucumbers, tomatoes, onions with a vinaigrette dressing. The dish was more than just salad—it was a palate cleanser, a refreshing filler that took the place of rice or bread.

Once in a while the salad would be tabouleh, made of parsley and tomatoes. Those were health food sustenance, needed to take out the guilt of so much eating.

We were eating kosher food and we were told it was required for visitors of the government. That reinforces the observation that in Israel, religion is always part of everything. But kosher has so many rules and for that short time there, our guide, Zivit Sari, tried to enumerate the don’ts of eating.

While the seas and rivers yield so much variety, crustaceans are a no-no, like shrimps and crabs. So are squid and octopus. And only certain fish can be eaten.

Well we guessed right away that tilapia is kosher and while that is the international name, it is called St. Peter’s fish in Israel, a better religious connection for the visitors. We had it in restaurants like Olive and Fish in Jerusalem.

When the menu says grilled, it usually means the fish has been butterfly-cut, like our daing, salted, then placed in an oven griller rather than cooked in charcoal the way we do it.

I must confess I was hoping that the fish we ordered was still whole because that way, it would still be moist rather than dry on the surface.

Lemon, of course, gave the fish the needed sourness we usually get with our vinegar dip, but the aroma of lemon can make you hungrier.

At Armando in Tel Aviv where one can sit on the terrace with a view of the beach or shoreline, I had a taste of sea bass done the way tilapia was.

We were on our last day and missing sinigang and inihaw, I thought how this fresh fish could be better eaten with our rice and bagoong, instead of the boiled potato it was served with, sliced thinly crosswise, a quite artistic way with the spuds.

The potato discs would have been great with sour cream but I had to remind myself about the possibility of the mix not being kosher. Maybe it was because we were told early on, again by Zivit, that meat and milk should never mix, whether in storage, in cooking or eating.

After a long trip from the Dead Sea. We didn’t feel the hunger pangs until we got to the restaurant called Meatos. It doesn’t take much imagination to know what is served there.

At one entrance, the scene was like a fast food of kebab, the Middle Eastern barbecue. Our group would be carnivorous that day. One of us just had to order that good-looking hamburger that a little boy took out of its bun and bit into.

For me it was lamb kebab with attendant rice. Even our driver put in his two shekels (Israel’s currency) worth of advice and said he always orders “entrecote” because it means steak. Those that did said that was a good choice.

Throughout our stay, we were constantly reminded of eating as a tourist attraction. At the ancient port of Jaffa, we were told that Jaffa oranges are the sweetest and a big export commodity.

While it used to be grown around the area, urbanization changed the landscape and so moved the farms elsewhere. Jaffa was also where we ate at Café Kapish manned by deaf waiters who served us dolma (stuffed grape leaves) and pasta before we watched the deaf and blind acting ensemble in their show “Not by Bread Alone,” a feat of theater art.

The trip was too short to taste everything that Israel has to offer. A cookbook given by visiting Israel chefs listed the diverse cuisines that exist in the country because of immigrants: Middle Eastern fare from Syria, Iran, Iraq and Egypt; Maghreb or the North Africa nations of Tunisia, Algeria, Libya and Morocco; Mediterranean Turkey and Greece; Central and Eastern European dishes from Hungary, Poland, Romania and Russia.

Rather than fusing cuisines, descendants have preserved traditional cooking. Which is why when we told a local that we ate in Ima, he could tell us that we ate in a Turkish restaurant.