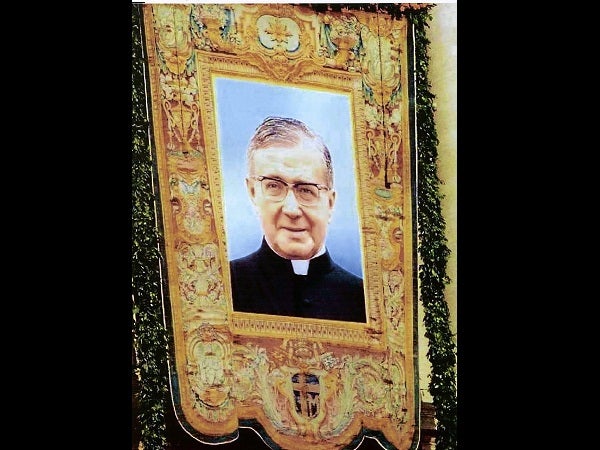 Coming back from the canonization of Beato Pedro Calungsod on St. Peter’s Square in Rome, I recall my first canonization on Oct. 6, 2002, when Blessed Josemaria Escriva, founder of  Opus Dei, was raised to sainthood. That was 10 years ago. It was as awesome as the canonization of Calungsod last Oct. 21 when 3,000 pilgrims from the Visayas came to give honor to one of their own.

Pope John Paul II led the concelebrated Mass with 42 other members of the clergy, such as Cardinal José Saraiva Martins, prefect of the Congregation for the Cause of the Saints; Cardinal Antonio María Rouco Varela, archbishop of Madrid (the diocese where the new saint had lived until he moved to Rome, and where Opus Dei was founded in 1928); and Cardinals Sodano, Ruini, Meissner and Etchegaray. Also present were Bishop Omella of Barbastro, native city of San Josemaria, and Msgr. Javier Echevarría, prelate of Opus Dei.

The presence of the youth at Saint Peter’s Square was notable. The organizers estimated there were over 80,000 young people; 2,000 were volunteers, 140 of whom came from the Philippines.

I remember being accompanied by two young students from the University of the Philippines to the Opus Dei Press Center where supernumerary Charles Manuel assisted me. We walked four blocks to the Via della Conciliazone where other journalists gathered to send their stories, as I did to the Philippine Daily Inquirer.

Inside the newsroom, journalists excitedly wrote their reports. The new saint taught that it was possible “to be holy in the middle of the world,” and he proved this with his life. At the time of his death, there were at least 80,000 full-fledged members of Opus Dei.

There were many people at the canonization who had come to “thank” the new saint for his intercession.

Shirley Sangalang (Philippines), for example, recovered from a serious ear infection. Gabriela Hernández-Fumaro (New York), who was five years old, was unexpectedly cured of an allergic reaction to a vaccination. Nelson Shack, from Peru, was cured of lameness caused by spinal problems that had developed after an accident.

Noel Macaraeg was a young Filipino suffering from leukemia. He was the youngest of 10 children and a devotee of Blessed Escriva. His brother had sent a request to the Make a Wish Foundation in the United States, an institution that granted wishes to children who were terminally ill. Noel’s wish was to be able to come to the canonization with his family. After praying to Josemaria Escriva, his wish was fulfilled, and the foundation sponsored the trip with his sisters and mother.

Due to the presence of at least 750,000 people, 1,040 priests distributed Holy Communion in Saint Peter’s Square, in the Square of Pius XII and in Via della Conciliazione.

Archbishop Luis Antonio Tagle will celebrate Mass on Nov. 18, 9 a.m. in Malate Church to honor its patroness, Our Lady of Remedies.

Our Lady of Biglang Awa