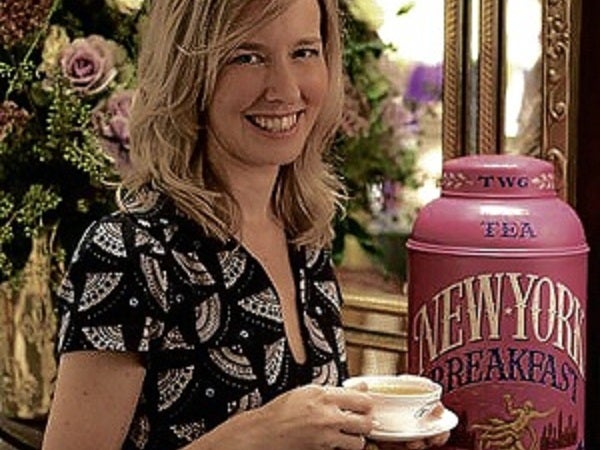 Coffee has had to start sharing its popularity with the tea culture, which has been growing in the country these last few years. With more and more places offering afternoon tea sets and buffets, and from the sheer number of milk tea places mushrooming all over the metro, it’s safe to say Filipinos are crazy about this drink.

Afternoon tea has long been associated with British culture, but tea drinking actually started closer to home—in China, some 4,000 years ago before it made its way to Europe and North America.

It is only right, then, that TWG Tea, the finest luxury tea brand in the world, has its roots in Asia, specifically Singapore, which was once a trading post for teas.

TWG stands for The Wellness Group, and the company prides itself in having the largest collection of tea in the world, with every tea-harvesting country represented on the menu, as well as unique tea blends that are handcrafted in-house.

We were in for a fun two days in Singapore, hopping from one TWG tea salon to the next, with the husband-and-wife team and owners Taha Bouqdib and Maranda Barnes, president and director of business development and communications, respectively, of TWG.

The couple explained that, like good wine, fine teas come from a single estate, meaning, the blend of tea leaves all comes from only one plantation. TWG offers over 1,000 varieties from all over the world.

During our media visit to Singapore, we were given a crash course on the different types of tea available at their retail stores and cafés. We were taught that teas are usually graded by what “flush” they were part of, with the first flush being the best of the lot.

The first flush happens in spring, the second in the summer, the third during the monsoon, the fourth during the fall and the fifth in winter. The later the flush, the lower the quality of tea leaves. Also, the different types of tea, from white to black, all come from the same leaves; it’s the process they undergo that differentiates them from each other.

The beginning of tea processing starts with gathering leaves according to grade. Imperial and Fine are higher-quality teas; Standard refers to average tea blends with a higher amount of broken tea leaves, resulting in more bitterness.

Withering comes next, or the process that removes most of the water content from the leaves so it’s easier to twist and roll without any damage. The third step is rolling, which releases oils that, in turn, ferments the tea, followed by sifting to separate whole and broken leaves.

The last two steps are fermenting and drying. The former is what decides the type of tea, whether green, blue or black; while the latter halts fermentation. White tea is the purest form of tea, and only involves withering and drying, while others, such as green tea, involve that plus steaming or pan-frying and rolling before drying, and when powdered  turns into Matcha tea. Lastly, blue and black tea involve partial and full oxidation before leaves are rolled and dried.

We were able to try all these types of teas, plus more unusual ones such as Pu-Erh, a mature tea with very antique, acquired taste; tea flowers from China; and red tea from South Africa. We were also able to try tea-infused sweets, where best-selling teas were used to make chocolate, refreshing ice cream and macarons.

TWG even sells tea-scented candles for those who want their homes to smell like their famous blends.

TWG Tea will be opening two salons in Manila before the end of the year. Aside from its wide selection of teas, the salons will also serve food to complement the drinks.

We had lunch in the Marina Bay Sands café and I ate foie gras salad and had it with Silver Moon Green Tea, which I requested iced. The Manila menu will be similar to Singapore’s, but will also include a bit of local flavor.

The tea-infused macarons, ice cream and chocolate will likewise be available, as well as both loose leaf tea blends sold in attractive, gift-worthy tin cans and handmade tea bags made out of cotton.

The passion that Maranda and Taha have for their product is apparent, and in early November, Manila will be able to experience the world’s finest luxury tea brand in its pioneer branch in Greenbelt 5, and soon after in Newport Mall at Resorts World.