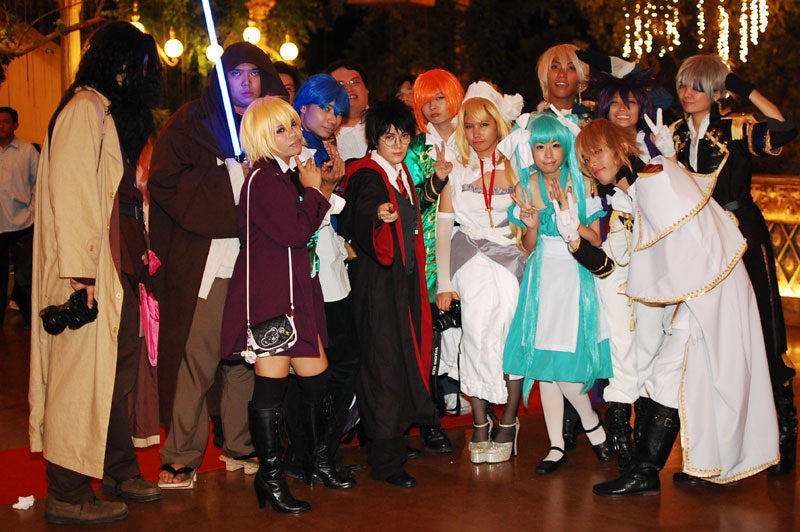 Romeo Encisa Jr, one of CNPH organizers, said the event was a way to thank their members as they reached its first year.

Incidentally, Fernbrook Gardens owner Al de Veyra wanted to host an event at his place other than weddings.

The structure of Fernbrook has a baroque-style chapel and has a collection of “vast function halls showcasing Victorian or touches of the Byzantine Era inspired designs intricately connected in the middle by a lagoon-like promenade.” The venue was a perfect match to a dolled up cosplayer.

Cosplay is a short term for “costume play,” where participants attempt to dress up like a specific character. Subjects are drawn from fictional characters in science fiction, Japanese manga, movies, among others.

For the event, the organizers wanted something that participants would enjoy. Unlike other cosplay events, this one did not hold a competition.

Encisa said that cosplayers were also unrestrained in this event, unlike at other conventions usually held at malls where cosplayers movements were limited because of the location.

The event also held a workshop through a question and answer portion.

Two international cosplayers from Thailand, Yuegene and Yolkler, gamely shared their tricks and tips in cosplay.

De Veyra said he supported this kind of projects for the youth because “it’s a good way to get these kids out of the streets.”

“It’s addictive, but healthy and fun one,” De Veyra said.

De Veyra also said he would like to see more international cosplayers come, like an exchange program where cosplayers would get to know each other’s culture.

Ms. Tessa Prieto-Valdez, the event’s special guest, said that the organizers would try to hold the event annually at Fernbrook.

The event capped off with a grand fireworks display and a Cosplay Ball, a prom-like gathering of cosplayers.