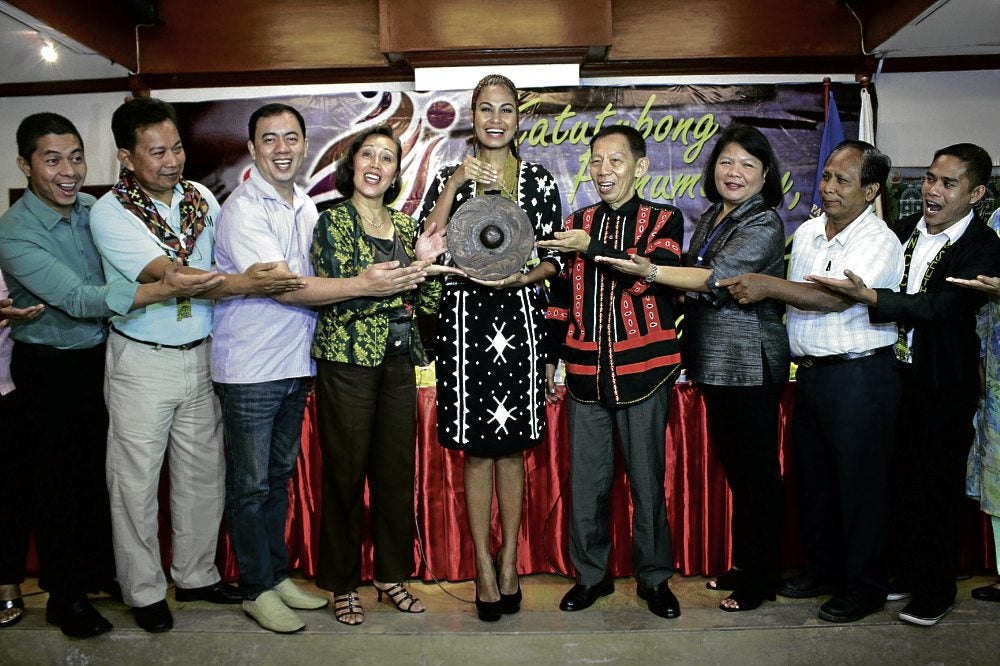 Dayaw, the biggest celebration of indigenous Filipino culture, is not only a meeting of different traditions but a reflection of Filipino identity, organizers said during a press conference held at the National Commission for Culture and the Arts lobby last Oct. 24.

Dayaw is the annual gathering of the country’s indigenous people in connection with October as Indigenous People’s Month. NCCA extends the celebration as it holds Dayaw 2012 in  Bulacan on Nov. 27-29.

De Leon said the people must be aware of their culture and must take pride in being Filipinos. He lamented that there were Filipinos who subscribed to the ideals and thinking of Western culture and forgot to see the beauty and worth of their own cultures and traditions.

About 700 participants from different indigenous communities all over the Philippines are expected to join this year’s Dayaw. Groups such as the Bontok, Ayta, Ifugao and T’boli will be attending the event.

Venus Raj, 2010 Miss Universe 4th Runner-up, has been tapped by the NCCA as Dayaw ambassador. The beauty queen is delighted that she would get to represent the indigenous people because she considers herself one of them.

Raj  recalled her childhood experiences in Bicol. She said that in Manila “organic food” was very expensive while everything that they ate in the province was all organic but cheap.

Commissioner Joycie Dorado-Alegre, head of the NCCA’s Subcommission on Cultural Communities and Traditional Arts, said that Raj was the perfect celebrity to be the representative of Dayaw because of her Bicol roots, and most especially because of her native beauty.

Alegre said that the NCCA had been assembling indigenous people together before. But the previous gatherings were not called “Dayaw” because the name of the event always depended on its host community.

In 2007, the celebration was called “Kalimudan” and was held in Davao City. The following year, it was named “Timpuyog” in Isabela. In 2009, it was “Dungog” in Capiz.

Alegre explained that NCCA chose Dayaw because dayaw in Waray means “papuri” or “praise”; in Hiligaynon, “to take pride”; and in the Ilocos, “respect.”

Dayaw 2012 will be the biggest feast of the indigenous people. It is a venue for discussions between the government and the communities; a showcase of traditional arts and culture; and a learning experience for both the indigenous people and the people from the lowland.

“Dayaw is a venue for exchanges between the indigenous communities,” said  Marichu Tellano, planning head of the NCCA,”

De Leon said that “this will be a smorgasbord and a buffet of traditional culture,” and “with Dayaw, we will begin to respect more our indigenous cultures, kasi ipapakita dito ang galing Pinoy, na nakasalalay talaga sa katutubong karunungan at kultura.”