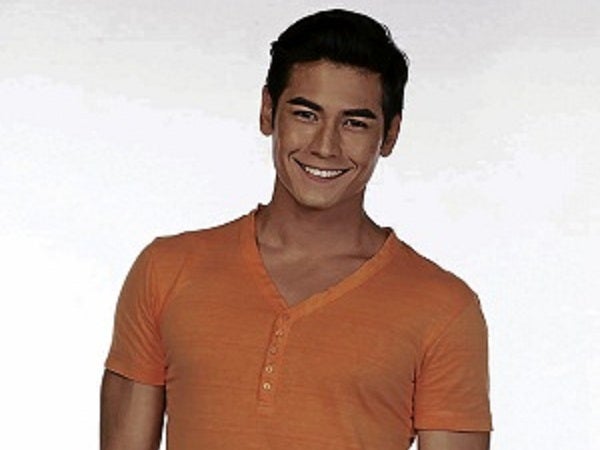 Fabio Ide—why he loves everything Pinoy, from show biz to Belo and Bench

Fabio Ide may have come to the country not knowing a word of Filipino, but you wouldn’t have guessed that if you met him today.

He first came to the Philippines as a model seeking work. He was soon offered roles in teleserye and movies. Not surprisingly, after almost six years in the country (the past two years straight), Ide has fallen in love with the Philippines, immersing himself in all things Filipino. He’s even taking a course to learn our language.

So what better way to embrace the Brazilian invasion than to interview a willing convert to our culture?

My first time here in the Philippines… was six years ago as a model and then I’ve been coming back and forth for the past six years. I’ve been traveling most of the time in Asia for modeling.

I’ve been residing in the Philippines for… diretso, diretso two  years.

I fell in love with the Philippines because … it’s amazing.

I was asked to join show biz… the last time I came over. My manager asked me if I want to  join show biz because GMA was interested in me. And then I said yes. I said I want go to the next level of my career. I want try to do something different. That’s what I’ve been doing now for the past two years.

The best part about joining show biz is… meeting people.

You can catch me in… a new teleserye in GMA now. It’s called “Coffee Prince.” Then I have a new movie called “Ride to Love.” It’s a love story with Ruffa Mae Quinto and other artista. I actually have another movie with Regal films called “Pamana.” It’s an epic vampire movie, like a Dracula thing; I’m the Dracula!

When not acting, I love… playing football. I just signed up with a new team called Sta. Lucia. I’ve been playing for them maybe two months or so now. Brazilians like to play football kasi that’s our favorite sport—the most popular sport in Brazil.

My favorite Tagalog word is… tara.

The hardest part of about learning Tagalog is… n-g, the ng and the nga; their pronunciations.

The fashion accessories I have the most of are… watches; Dolce & Gabbana, Armani, Oakley, Casio, G-Shock and Nike.

My favorite vacation spot is… Boracay.

I spend the most time grooming… my chest, because I gain and lose very easily so I have to be always working out. Now, a lot of the chest specifically.

When I work out… I lift weights. And [play] football. Football is my cardio training.

The grooming products I love from Brazil are… Natura, especially the lotions for the face. The hand lotion is really nice as well.

Locally, I’ve been using a lot of… Belo products. I really like them, especially the sunblock and the after-sun. These are two of my favorite products lately.

A product I have too much of are… Perfumes. Oh my God, I have a Dolce & Gabbana, Azzaro, Armani… I even have a Folded & Hung. I really like Folded & Hung perfumes. Some of them are really nice. Zara and Hugo Boss are really good as well.

I’m obsessed with my… hair. Yes, I love my hair. I usually use wax. My hair is just like the Japanese, very thick, so I need a bit to make it hard. I have this particular wax from Jing Monis salon, and I also use Bench hair products.

The only person that can cut my hair is… Jing Monis, because he is really good. He got the idea for my hair the first time I went there and that’s why I’ve been coming back to him for the past six years. He’s the first one who cut my hair when I came to the Philippines six years ago.

Fabio’s choice perfumes comes from Rustan’s department store; his bath and body products are from Watson’s.