How brides can wear jewelry on their wedding day | Lifestyle.INQ ❮ ❯ 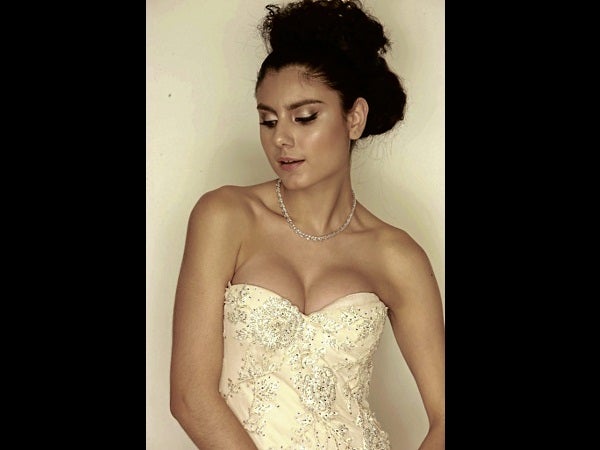 How brides can wear jewelry on their wedding day

It’s nice to help a bride if she’s willing to be helped,” said veteran designer Auggie Cordero, one of the designers in Inquirer Lifestyle and LOOK Magazine’s recent Face-Off bridal fashion show.

If the bride is the leading lady on her wedding day, the wedding dress takes the supporting role. Just as the bride collaborates with the designer on her wedding gown, luxury brand Harry Winston’s diamond creations reflect the successful teamwork among its gemologists, designers and craftsmen, who create beautiful jewels meant to be cherished for a lifetime.

“If I could, I would attach diamonds directly onto a woman’s skin,” the late Harry Winston said.

In 1932, the “King of Diamonds” introduced his creations in New York City. Using rare gems and modernizing them through his designs, he fused old-world artistry with contemporary ideas.

Stones are set by hand with barely visible platinum settings, giving the illusion of diamonds floating in their settings.

“Jewelry is very important as they are the final touch to the entire wedding ensemble and serve as beautiful mementos,” said Rajo Laurel, who capped off his modern Japanese-inspired gown with dainty drop earrings set in platinum.

Also taking the contemporary route was Rhett Eala, who “wanted to use the gown as a canvas to create a modern mood.”

“Brides should choose a design that makes them feel not only beautiful, but also comfortable,” he explained.

“Jewelry brings attention to the bride’s face and gives it a certain glow,” said Buendia.

Under the helm of jewelry designer Ambaji Shinde in 1962, Harry Winston diamonds were freed from heavy metal settings and were arranged at seemingly random angles, transforming stones into three-dimension creations.

“Jewelry is part of styling and its role is to complete the bride’s look,” said Dennis Lustico. “It’s important that both the bride and the designer choose accessories that best capture the essence of the gown.”

Another way of incorporating jewelry into one’s bridal ensemble is by using them as hair ornaments, suggested Chris Diaz.

For his part, Jun Escario said, “Every bride dreams of a wedding gown that she can look at after 20 years and would still want to wear—sophisticated with just the right amount of bling.”