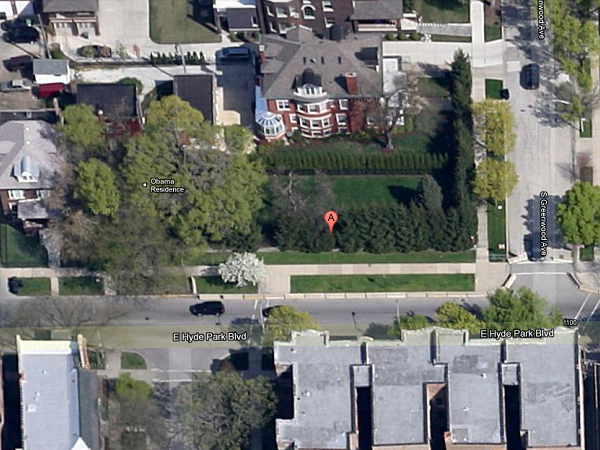 Want to build your dream home next door to Obama?

CHICAGO—Have you got a cool million or two and a burning desire to live next door to President Barack Obama? You may be in luck.

The empty lot next to Obama’s Chicago home is for sale.

“We reached out to the Obamas through his curator and the Secret Service to see if he wanted to purchase it first and they declined,” said @properties agent Anthony Rouches.

“We’re just testing the market to see what kind of interest there is in it,” he told AFP. “There haven’t been too many presidents with a piece of land next to their house for sale.”

The house on the other side of the Obama home sold two years ago for $1.4 million, which was considered to be significantly higher than the market rate.

The empty double lot is currently being maintained by the Secret Service, which has also barricaded the street to prevent anyone but residents and their guests from entering.

Obama and his family rarely spend the night there.

Rouches noted the value will also be boosted by the fact that there are so few “buildable lots” in the historic Kenwood neighborhood on Chicago’s South Side.

He thinks it will likely end up being purchased by someone who wants to build a single family home, but it could also be a good site for luxury townhomes.

The empty lot has caused controversy for Obama in the past.

Tony Rezko, a former fundraiser for Obama and other prominent Illinois politicians, purchased the lot after Obama bought his home in 2005 and later sold Obama a portion of the land.

Rezko is currently serving time in prison on fraud and bribery charges as part of the federal investigation which led to the conviction of former Illinois Governor Rod Blagojevich on corruption charges.

Obama was not implicated in the scandal.