Why we go to cosplay conventions | Inquirer Lifestyle ❮ ❯ 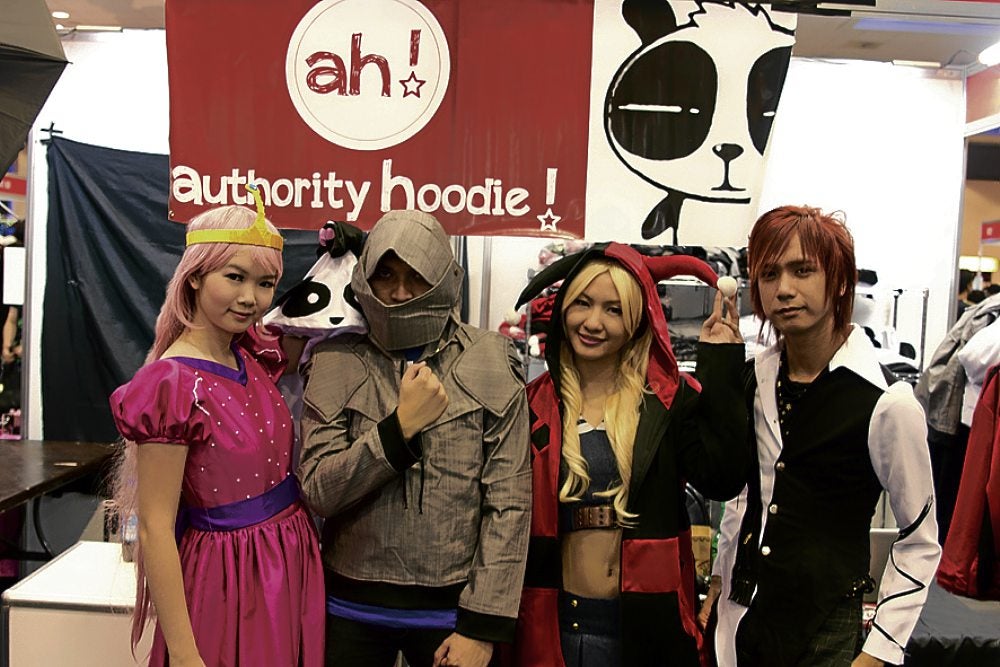 Why we go to cosplay conventions

Do you ever wonder what’s so cool about cosplay conventions? It’s more than just seeing your favorite animé characters springing to life. Though that alone is a great motivation  to go, there are many other reasons why people find it awesome—from art, to entertainment, and even business!

Cosplay conventions are a great place to learn about the arts. Our very own photographer for this article, Kenneth “Ken” Chan Bona, started out shooting cosplayers in conventions, and went on from there. Ken describes the cosplayers thus: “The costumes they bring are really colorful and a treat to the eyes. They put on their makeup skillfully. They come here to pose, and you both have a good time with the shoots.”

Ken was able to shoot different subjects in conventions—as small as a toy, as tall as a model, or as large as a crowd cheering a band. This helped Ken develop his skills.

Aspiring models and other  artists can learn a lot, too.  Austine Espino, a third year Chemical Engineering student of Pamantasan ng Lungsod ng Maynila, shares her experience. “People here come from different backgrounds, and are able to give you different tips and advice. They taught me how to pose well and how to exaggerate. Sometimes you think a pose has enough exaggeration, but it actually needs more. Everyone here can learn from each other, from cosplayers to congoers to photographers.”

Compared to toy conventions or food conventions, cosplay conventions involve more unusual experiences. You can always ask Papa to buy you toys, and Mama to eat with you in restaurants, but you can never tell your pals out of the blue, “C’mon, let’s take pictures of our favorite childhood characters” or “C’mon, let’s wear costumes and hang out with other people in costumes.”

I was surprised to find out that the merchandise sold in cosplay conventions are rare, too. “The accessories you find online that are expensive to ship and take months to deliver, you can buy here,” Austine says. “The things you have a hard time finding can be found here!”

You can also experience both nostalgia and contemporary pleasure in cosplay conventions. A few years ago, people were cosplaying the awesome animés I watched, the merchandise in sync with what’s in. A few years later, comics and memes started raging across the Internet. I was both glad and surprised to see someone cosplaying Trollface and finding a forever alone keybie.

And yes, the characters of the animés I watched when I was younger were still there! The cycle repeats after each convention, and layers and layers of all the things you like will be seen in conventions. I don’t think you can find that kind of experience anywhere.

If you’re a young person (or young at heart), are into cosplay culture and want to start a business, cosplay conventions seem like a good place to begin. “People come and they’re going to spend. It’s profitable, especially when they’re with their parents,” says Kristell Lim, a well-known cosplayer and the owner of Authority Hoodie, which sells cartoon-theme hoodies.

Kristell describes the market of cosplay conventions. “The cosplay community continues to grow. The fandom for animé, games and cute things are endless since there are always new franchises coming out. As long as you know what people want or are looking for, you’ll win their interest.”

In running the business, Kristell advises, “Make your prices affordable, unless you’re selling animé figures or collectibles. Majority of cosplayers and convention-goers range from high school to college students. Know and treat your customers well, as they will usually come back after a purchase, and you will regularly see them in other events.”

Cosplay conventions can be great for art, entertainment, or even business, but perhaps the greatest motivator for one to go would be the camaraderie and spirit among cosplayers. Ken says, “It’s something you will never see in other conventions.” Lianne Ponio, a second year high school student of Holy Trinity High School, says, “I feel happy here. Aside from the people being very colorful, the people here are very kind and approachable.”

Austine describes her experience: “I come here to enjoy with my friends. I meet new friends who share the same interests. At school, we usually talk about school stuff, but here, this is the place where we stay to talk about our other interests. Dito ang mundo mo. This is where you belong.”

Cosplay conventions really have a lot going for them, and can surprisingly appeal to more people than we think. As Lianne says, “Lahat nandito na.”  Hope to see you in the new set of cosplay conventions next year!