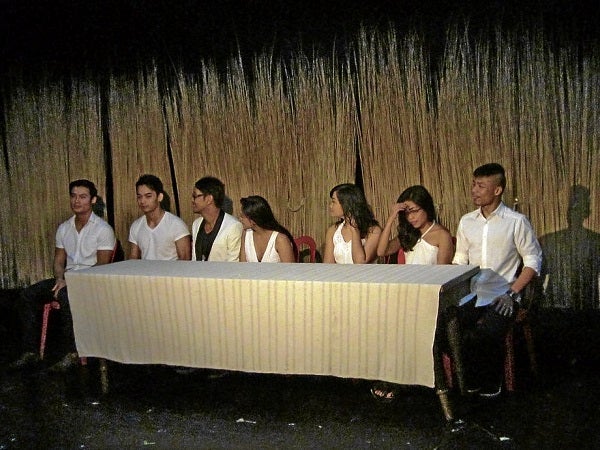 Another major work of our greatest poet Francisco Baltazar (Balagtas), apart from “Florante at Laura,” is “Orosman at Zafira.”

The manuscript was believed to have been lost for many years but it was discovered by the scholar Buenaventura Medina Jr. in a collection at the National Library in 1974.

“Orosman at Zafira” is a love story but also a tale of conflict. It is a komedya (moro-moro) but there are no Christians here, only Muslims warring against one another. Eventually peace is restored and Orosman wins the love of Zafira, whose father he had killed.

The epic poem, a play in verse, was first staged by Teatro Pilipino under the direction of Rolando Tinio (later National Artist for Theater) in 1977 at the Cultural Center of the Philippines. It had an all-star cast, with Tommy Abuel as Orosman and Celeste Legaspi as Zafira, backed up by Jose Mari Avellana, Ella Luansing, Aurelio Estanislao and Rene Requiestas.

Tanghalang Pilipino then restaged the work in 1993, with John Arcilla and Allan Paule alternating as Orosman and Irma Adlawan as Zafira. The Philippine Philharmonic Orchestra, conducted by Cecinio Ronquillo, provided the music.

Finally, in recent years, Dulaang UP jazzed up the play; putting in choreography, martial arts (with heartthrob JM de Guzman at one point) and music; adapting the story and appending an ending that was uncertain and disturbing, as interpreted by director Dexter M. Santos.

Dulaang UP presented the production three times, twice at the Wilfrido Ma. Guerrero Theater in UP-Diliman and once at the SM Mall of Asia early last year.

And now it is time to mount “Orosman at Zafira” again, this time during the National Theater Festival at the CCP’s Tanghalang Aurelio V. Tolentino. Playdates are Nov. 17 (8 p.m.) and Nov. 18 (3 p.m). This was announced at a recent press conference at the Teatro Hermogenes Ylagan, UP-Diliman.

Director-choreographer is again Santos, with Mara Marasigan as assistant director. The original music is by Carol Bello.

There is a new, young cast, mostly students, the most experienced being Roeder Camañag, actor-dancer-singer and star of Mario O’Hara’s “Stageshow.”

The press con began with a production number by the full cast, after which seven actors and actresses playing major roles took center stage. They talked about their favorite scenes, and which ones were most challenging. “One scene made me cry,” said an actress.

Santos said, “There are new nuances, new attacks on the roles. Some songs were arranged, and there will be some surprises. We were very careful with the text, but each has his own way of presenting the komedya.”

He added, “There is a discovery between the original and the adapted text … in a komedya there is freedom to execute each scene, to explore the text. We try to share our own experience with the audience.”

For the director, “the ending is always open-ended. Bahala na ang (It’s up to the) audience if it is pessimistic.”

Santos concluded: “Ang galing talaga ni Balagtas (He is really great). That’s why ‘Orosman at Zafira’ is a classic, because it’s universal.”