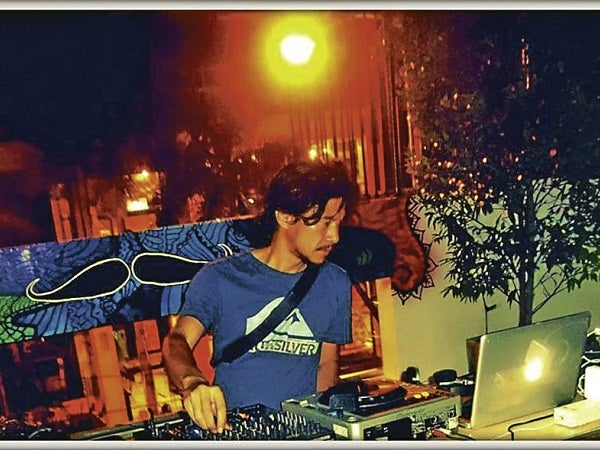 It’s a good night to get Busted

There are some characters in this colorful music scene of ours who have been under the radar.  Allrock, a.k.a. Carlo Torres (yes, Allrock is technically his real name backwards), is one such character.

Lately, he has had one crazy idea, which has turned into the Busted night that will continue on Nov. 21 at Basilio’s restaurant at the Fort.

He has envisioned Busted to basically be a night of art, with everything from musicians on their guitars, drums, or pianos playing, to fire dancing, to free-for-all painting on walls, to DJ-ing and dancing freestyle, with everything happening all at once.

Busted is a one-stop shop for all that is free, art that is free and expressions of creativity that go beyond borders, limited only by the artists’ and collaborators’ imaginations.

Although it seems to be a big free-for-all, which it is to an extent, there is a pattern in this chaos and a method to the madness.

As I’ve had the pleasure of participating in two (going on three) of these nights, I learned a thing or two about myself, as well—which is that, to make music or a show with a ton of other people grooving to your music and your vibe, you must be respectful enough of the others to let them do their thing.

Allrock and I have talked about everything under the musical umbrella and even have had our discussions about religion. Here are snippets.

It’s an alter ego, a DJ name, a term to protest upcoming fads and trends.  When I was a teenager from the late ’80s to early ’90s, rock music was unacceptable to society and my peers, and I loved everything that was different when it came to music and fashion. When I went back to DJ-ing in ’97, I started using Allrock.

How did you start making music?

I have lived my life in Manila with the greatest musicians surrounding me. I’ve been spinning vinyls since 1984. I’m grateful to technology, for providing Reason software, the program I use to make my music now.

Arts, nature, music, eccentric people. And did I say music? 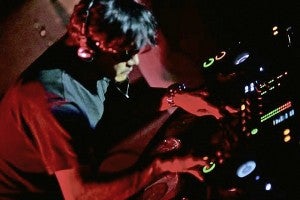 What is it that you do now?

What would you be doing if not this?

Living inside my cave on top of the mountain.

What are the top five tips you’d give a kid?

Keep faith in the Creator as your shield from this selfish world. Just because everybody is doing it doesn’t mean you have to do it. Take life really really slow, time moves so fast. Find the thing you really want to do most, and excel in it. Believe in God, not the religious people’s God, but the God who created the universe and everything in it.

What would be the song you’d play for your kid? Or have you not made it yet?

What is your opinion of the current music scene?

It is like 7-11, there’s one on every corner. Most of the musicians became bandmates, originality has lost its value. It is exhausting and sickening getting exposed to the scene when you know it is rootless, copied and pasted from radio shows, TV jingles and MTV. Everyone is a DJ. It depends on your taste in music, though. If you are hooked to the original scene, the music scene that fought for what they believe in playing, who just continued playing what they think is tasteful to them, even if most contradicted it, this kind of scene will haunt your souls.

Where do you think the music scene can go?

Until local producers stop importing foreign musical performances, the local scene will always be insignificant. We all know how great foreign bands and DJs are, no one is saying that we should stop listening to them, but it’s the biggest conflict the local scene has. Instead of the local performers getting the bookings at upscale events, local musicians end up being secondary. Money paid to foreigners go outside of the country, while, if sponsors concentrate on the local artists, it will not just help the economy but will boost and expose local talent.

Who would be a dream collaboration? Local? Foreign?

Golf every day! Another dream of mine is to build a nonprofit organization focused on reaching out to needy people.

What do you think has contributed to your success?

Faith in the Creator and faith in myself. A fearless life lived with abundant soulful and passionate friends.

Who should we be listening to now, locally an internationally?

How would you describe Busted nights?

Busted is an avenue for arts and music. From weekly it became spontaneous, no permanent venue yet, so we keep rolling.

The next Busted night will be on Nov. 21 at Basilio’s (Unit 151, Burgos Circle, Forbeswood Heights, Rizal Drive, Taguig City).