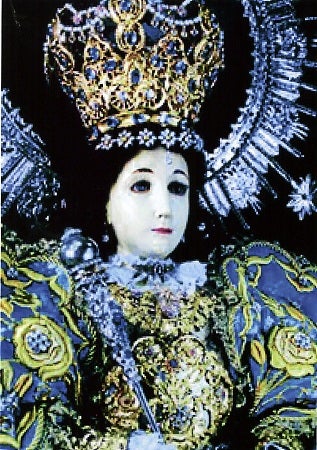 Due to the elevation of Manila Archbishop Luis Antonio Tagle to the cardinalate, the 25th Eucharistic Congress where he’s one of the speakers has been rescheduled. The new date will be announced soon.

Set at Pink Sisters Convent in Quezon City, the congress will tackle the theme “The Holy Eucharist in the Year of Faith.”

Everyone is invited. Registration, lunch and snacks are free.

Cofradia de la Inmaculada Concepcion, headed by founding chair Imelda Cojuangco, will hold its 33rd grand Marian procession on Dec. 2, 4 p.m. It will start at Fort Santiago in Intramuros, passing by Manila Cathedral and Plaza Roma and along the streets of the Walled City. Organized with Intramuros Administration,  the yearly event will begin with the Triduum Masses in honor of the Immaculate Conception on Nov. 27-29, 11:30 a.m., in San Agustin Church.

The First Holy Communion of 500 students of Baseco Elementary School will be held Nov. 30, 9 a.m., at San Agustin Church.

This year’s hermanos mayores are Olympia and Oscar Violago. Their Mass will be held at the Old Ayuntamiento Building, slightly off Aduana Street. The grand procession will follow at 4 p.m. led by the Armed Forces of the Philippines with its bands leading the procession.

Every year, at least 90 carrozas bearing the Blessed Virgin Mary with her different appellations join the event. Images come  from as far as Cagayan Valley bearing Our Lady of the Visitation of Piat ; Our Lady of Guibang in Gamu, Isabela;  and Our Lady of the Holy Spirit in Guimaras, Iloilo.

Also expected  to participate  are Nuestra Señora de Salvacion belonging to Jesse Nell and his  mother Cristina Nell vda de Sanchez, who is turning 80 on Dec. 15;  Señora de la Asuncion of Ma. Theresa Palado; Our Lady of Lourdes from the National Shrine on Kanlaon Street, QC;  Our Lady of Victories of Victoria Tengco and family;  Our Lady of La Salette from Silang (on a carroza sponsored by Cofradia president  Aurora Eizmendi);  Our Lady of Namacpacan from Luna, La Union; and Our Lady of Manaoag.

As early as 4 a.m. on Dec. 2, the caretakers of the images will begin to arrive in Fort Santiago to set up their carrozas. Among them are Our Lady of Soledad of Porta Vaga, patroness of Cavite;  Our Lady of Peñafrancia,  patroness of Bicol;   Nuestra Señora de Dolores de Turumba from Pakil, Laguna; Our Lady of La Naval; and Our Lady of the Rosary from Rosario, Cavite.

Antipolo Bishop Gabriel Reyes ordained two deacons to the priesthood last Nov. 16 at Cathedral of Our Lady of Peace and Good Voyage in Antipolo. The new priests are both “late vocations”; they entered the seminary after graduation from college.

The people of Pandacan and devotees of Sto. Niño de Pandacan will celebrate the Tricentennial of the finding of the image in a carabao wallow near the present church.  Auxiliary Bishop Broderick Pabillo will officiate the Concelebrated Mass on Nov. 23, 7 p.m.

Sto. Niño de Pandacan was believed to have dropped off the  galleon  plying the route  from Acapulco, Mexico, to Manila. In the early 1600s, the miraculous black image of Sto. Niño was found by little children playing in the field near a carabao wallow surrounded by pandan plants. The place was then called “Pandanan,” which meant pandan plantation.

The Spaniards mispronounced the name, thus changing it to Pandacan. The spot is near the present Sto. Niño shrine on the right side of the parish church.

The image allegedly disappeared frequently from Sampaloc church where it was enshrined.  Elders surmised that the Christ Child wanted to stay in Pandacan, so a Visita was constructed on the very spot where the Holy image was found.

Holy Mass is at 11 a.m.   The old name of San Andres was “Calolbon,” but the patron saint of the town has always been San Andres.

The association will light candles for San Andres during the Marian procession on Dec. 2 in Intramuros.

The First National Filipino Hilot Conference will be held Nov. 20-21 at Eastern Manila Hotel (formerly Las Brisas) in Antipolo. Filipino healers (traditional and alternative) are coming from 17 regions in the country.