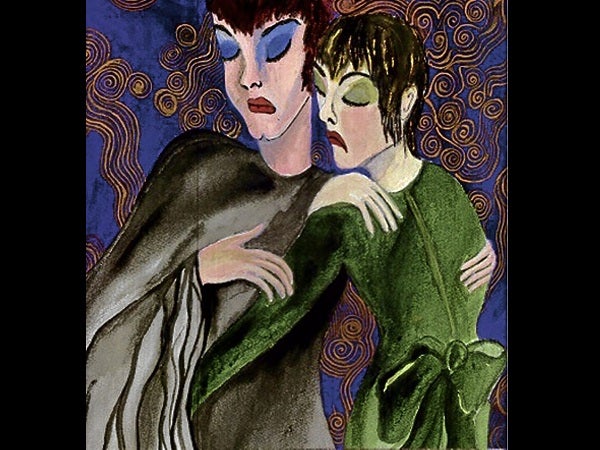 There seems to be a resurgence lately of interest in the aswang and other creatures of lower mythology. The outrageous new novel by the inimitable Ricky Lee, “Si Amapola sa 65 na Kabanata,” and Erik Matti’s hilarious spoof of a film, “Tiktik: The Aswang Chronicles,” which Belai Gruenberg and I caught on its last day, are the most recent.

I was surprised at Belai’s questions. She didn’t grow up in any rural area, and much like the urban youth, know basically nothing about aswang lore. For them I am listing the trademarks of our deathless Philippine ghoul, the aswang.

There are two kinds: the walking aswang and the flying aswang. The first walks on hard ground or briskly in the air with its whole body.

The other kind, the flying aswang, divides at the waist. The upper part flies off to seek prey. The buttocks and the legs remain planted on the ground, preferably in a secret place like a banana grove. It becomes indistinguishable among the banana trees. This will serve as a marker so that the aswang can find its way back. The waist-dividing aswang are also known as manananggal (from tanggal, detach) and are invariably female.

The flying aswang first recites a secret formula, applying magic oil to her limbs. Serrated black wings sprout out from her armpits. She uses the bamboo batalan, extension of the kitchen, as her launching pad to fly into the night.

When detected on land, the aswang, to delude pursuers, can metamorphose into a dog, a cat or a pig. Some aswang are content enough to eat a dead person when it is unattended during a wake. Its deed is disguised by substituting a small log for the loved one in the coffin.

Unlike Western vampires, note, Philippine aswang do not have fangs. (What fangs they have in teleserye and movies are imitations of Hollywood vampires). Instead, the aswang is equipped with a thread-like, tubular tongue, hollow like a drinking straw, but with a sharp tip.

The aswang perches on the thatch roof of a hut, finds an aperture and unfurls its tongue over the slumbering figure, preferably of a pregnant woman. An unborn child smells like ripe jackfruit and is its most coveted delicacy. The tongue locates and pierces the swollen belly and sucks out the juice of the fetus.

Less ambitious aswang are content to just sit under the slatted floor of a tubercular person’s dwelling, patiently waiting for the grace of spat out blood.

How one becomes an ‘aswang’

Both males and females can become aswang. By a) contamination: inadvertently partaking of food or soft drinks mixed with aswang saliva; b) heredity from an aswang parent; c) transference of aswang power to a willing recipient.

It is believed that even a 500-year-old aswang cannot die without being able to transfer the chick, representing the aswang power, to a willing receiver. Dying aswang and aspirant put their mouths together, overlap their tongues and the bird walks over the “bridge.”

The tik-tik bird is the herald of the aswang. You know an aswang is near when you hear its cry of “tik-tik-tik.” A bottle of magic oil made from an aberrant coconut, mixed with ill-smelling dung and poisonous plants, may be placed by the door to serve as a warning signal. The oil boils madly when an aswang is around.

There is a drastic way to cure an aswang of its evil nature. This is by expelling the black chick out of the aswang’s body. The aswang is strung up by its heels upside down and continuously spun around and flogged until it vomits the bird. There must be a fire burning underneath or a cauldron of boiling water to catch the chick and instantly destroy it. Otherwise the bird will just hop back into the victim’s mouth.

Aswang are afraid of garlic, salt and spices. Also of a stingray tail whip, the cincture of a priest and various blessed objects. An experienced aswang has the strength of 10 men. It cannot be killed by bullets, only by a bolo striking the curvature of its back.

The widespread belief in the aswang is a way of social control. It isolates the irregular, the uncooperative, the unfriendly—often unjustly. Fear of aswang keeps children indoors after dark.

The aswang is our own homegrown monster, more feared, even if not as glamorous-looking as the overhyped Western imports. Aswang lore is rich and detailed. If only we bother to know it better.