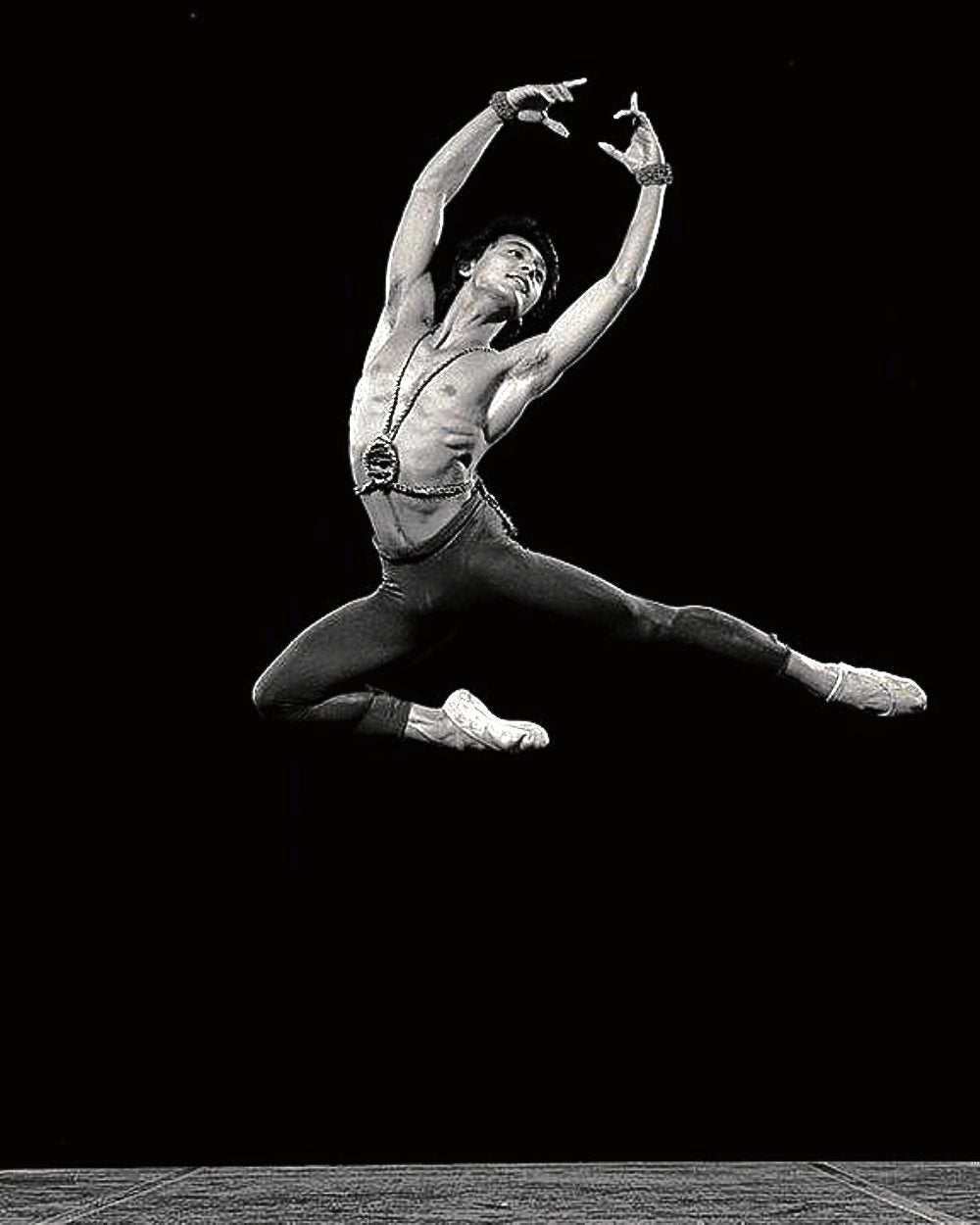 NICOLAS Pacaña costumed for “Le Corsaire,” which he danced with Lisa Macuja many years back

The young danseurs to cheer on Manila’s ballet scene are no doubt Rudy de Dios of Ballet Manila and Jean Marc Cordero of Ballet Philippines.

In the ’80s and early ’90s, Manila was lucky with exemplary danseurs who live up to the most demanding ballerinas of that  time.

Augustus Damian, after training with his aunt Vella Damian, briefly danced for Dance Concert  Company and went abroad, later performing in opera houses in Kiel (1984-1986); Theater am Gartnerplatz in Munich (1986-1987); with Maurice Bejart’s Ballet of the 20th Century from Brussels to Lausanne (1987-1992); and Basle Ballet in Switzerland (1992).

Rey Dizon was formerly with Ballet Philippines but became principal dancer of   Les Grands Ballets Canadiens,  where Maniya Barredo shone as Giselle in the late ’70s.

Rarely seen in Manila but prominent  on the international ballet scene  is Cebu-born Nicolas Pacaña, who, like Lisa Macuja, is staging his own swan-song series starting with his last performances of “Romeo and Juliet” last September in Cebu City, where he is co-artistic director of the city’s BalletCenter.

Now co-artistic director  of the Atlanta Festival Ballet and Festival Ballet School, Pacaña is helping Cebu’s BalletCenter  mount “Swan Lake” for next year. He is also keen on producing a new generation of ballet dancers in Cebu.

He danced “Romeo and Juliet” for the last time in Cebu with guest artist Katherine Trofeo of Ballet Philippines.

“The ballet is as much  dancing and acting challenge,” he had said on his last performance of the role in Manila. “I do a lot of dancing in the first and second acts but, on top of this, you have to act all the time.”

The late great choreographer Tom Pazik, who mounted the ballet in Manila, once noted that Pacaña’s Romeo was different from all others. “What caught my attention about him is that he was able to do many things that many dancers in Boston were not able to do. As Romeo, he gets to show a wide range of emotion. Most dancers approach the part as wholly one-dimensional.”

Pacaña has been dancing  since age 14 in his native Cebu under Fe Sala Villarica. He had no idea he could make a career out of dancing. “Had I known I’d be this strong as a dancer, I would have started earlier.”

His early struggles are still etched in his mind. “My first big reviews before Boston I earned from dancing with Honolulu City Ballet. But I told myself I don’t want to be a big fish on a small pond. So I went to New York to look for a job. For two months, I couldn’t find any. They said I was too short or they wanted me to go back to school. So I went to Boston, got an opera job with Sarah Caldwell [the first woman to conduct at the Met], and then passed an audition for Boston Ballet. In two years, I was promoted, but the big bonus was working with the great Rudolf Nureyev.”

Some highlights of his stint with Boston Ballet was the 12-week tour of China, Middle East and Europe where he played Colas in “La Fille Mal Gardee.” He also played the role of Espada the Gypsy boy in “Don Quixote,” also with Nureyev, in the European tour of Brussels, Milan, Rome, London and Palermo, Sicily.

Joining Atlanta Ballet where he met Maniya Barredo, Pacaña  shone in the role of Albrecht in “Giselle” and in  “The Nutcracker.”

In 1987, he replaced an injured Mikhail Baryshnikov in the “Don Quixote” Pas de Deux with only four hours’ notice during the Russian dancer’s Atlanta tour.

After decades of dancing, Pacaña has only one advice for those who want to stay on top.

“First, you have to learn the ballet. Learn not just your part but the part of your partner. Strive to make her look good and strive to look good as a strong partner. Absorb the choreography, learn to harness your stamina, and remember that dancing is not mere technical prowess. Artistry is what separates the dancer from the artist.”