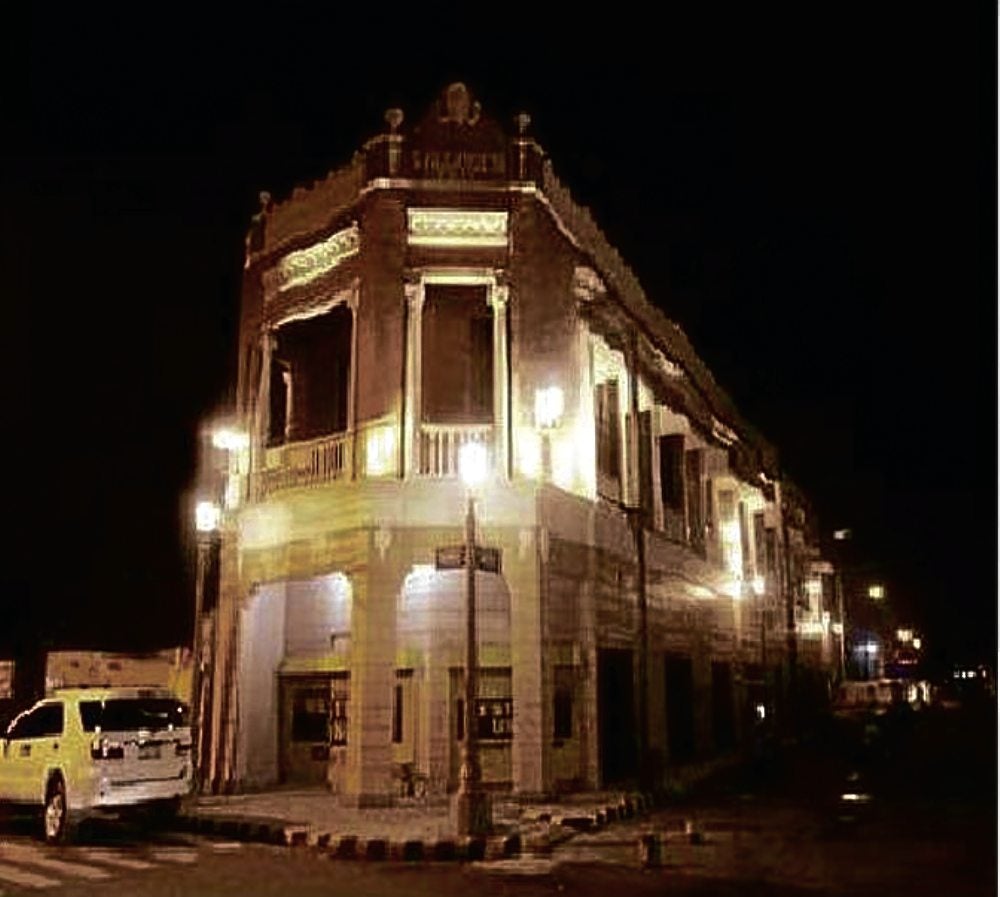 THE 1925 Art Deco Serafin Villanueva Building was built during the American Occupation.

The awards, given by the ICHFI in conjunction with the Office of the City Mayor and the Department of Tourism Region 6, were held to coincide with the grand celebration of the 75th charter anniversary of Iloilo City.

Manuel Villa Jr., ICHFI president, said the award honored individuals and organizations whose works had resulted in significant initiatives and achievements in the promotion and conservation of the many facets of Iloilo City’s rich cultural heritage.

Asil was cited for its respect for the artistic, cultural and social value of the Lizares Mansion, a beautiful (and reportedly haunted) house the school had bought from the original owners. Asil has repurposed the mansion as part of its school building, thus preserving it for future generations.

Camiña restored her family’s imposing balay-nga-bato and transformed it with love, careful research and integrity into a living museum, an important component of Iloilo’s tourism offerings.

Its ground floor has been transformed into the Lola Rufina Curio Shop, where one may buy hablon scarves woven by the resident weavers, tsokolateras and batirol for making the traditional cocoa beverage, among other interesting Ilonggo souvenirs.

Through the efforts of ICHFI and Jalandoni, the third-generation owner of the 1927 heirloom E/R Villanueva Building, once known as the International Hotel, Iloilo’s iconic heritage building has emerged from the grime and disrepair of the past decades graceful and beautiful again.

The International Hotel, a stone’s throw from the waterfront and the Iloilo Customs House, had counted among its guests American, British, Spanish  and Chinese sugar traders, merchants  and bankers.

Santos demonstrated her support of the restoration of Calle Real by taking the risk of offering her building as a demonstration project for the restoration, and providing generous and free space in it for the ICHFI office to serve as a base for heritage-related activities.

These two structures, both on J. M. Basa  cor. Arsenal Streets, have behind them a three-generation-old abaca-processing factory. The factory, which faces  Iloilo River, was housed in a vintage 1912 balay-nga-bato, and once fabricated all specs and sizes of ropes (known to the world as Manila hemp). The ICHFI plans to restore the balay-nga-bato and build a mini rope/abaca museum on the site.

ICHFI is involved in the restoration of heritage buildings (circa 1920-1930) on Iloilo City’s Calle Real, officially designated as J. M. Basa Street, its central business district. Thus far it has completed the restoration of the vintage 1925 S. Villanueva Building on J.M. Basa cor. Arsenal Streets.

These efforts hope to recapture the old look and ambience of Iloilio City’s central business street and allow it to tell its story to both local and foreign visitors. ICHFI believes that a restored Calle Real is key to both honoring the city’s history and looking forward to a prosperous future.

In its heyday, Iloilo was known as La Reina Ciudad del Sur, or the Queen City of the South, famous for its stately mansions, genteel people and a bustling economy. Calle Real, then called the Royal Street, was the heart of high-end shopping during the early American Occupation.