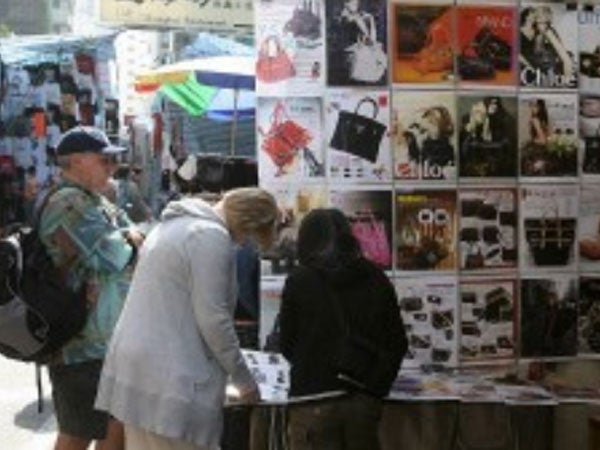 Tourists look at photographs of counterfeit designer bags and watches at a market in the Mongkok district of Hong Kong. AFP FILE PHOTO

The Ministry of Public Security says police seized more than 20,000 fake Louis Vuitton, Hermes and Coach bags and closed 37 sites where the forgery ring made or sold the bags. Police say the ring sold more than 960,000 bags and exported many to the United States and Middle East.

The ministry said Sunday that police in southern Guangdong province uncovered the forgery ring in January and that Chinese agents worked with U.S. customs and immigration officials in the case.