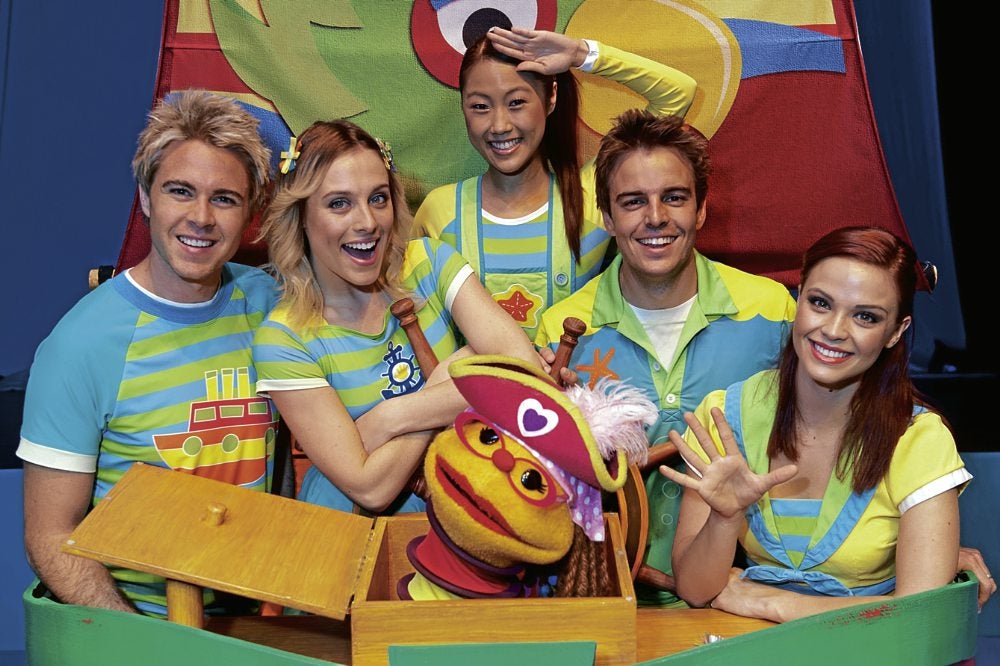 The Hi-5 guys are coming to town 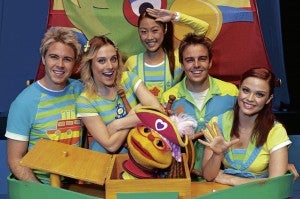 When my daughter Sadako started watching TV regularly when she turned two, I gave up my reality shows and teleserye. I thought I would end up  giving up television; in fact, I ended up watching even more.

Instead of series and sitcoms, however, I now watch DVD copies of “Dora the Explorer,” old episodes of “Sesame Street,” “Barney” and “Hi-5.”

My daughter loves all those shows equally, but I don’t. My favorite is “Hi-5,” the Australian children’s TV show that features a group also called Hi-5, which sings, dances and tells fun stories.

I fell in love with the show back when it still had the original members (who now all have moved on to other things): boyfriend material Tim Harding, the nasal Charli Delaney, the adorable Kellie Crawford, Nathan Foley (who always sang and danced as if it was his last day on earth/the show), and Kathleen de Leon (the Pinay who ended up marrying the less popular half of Savage Garden).

I love the show because all the hosts are instantly likeable, the songs are catchy, and the stories are entertaining—even for adults. I love the show so much I put in the Hi-5 DVD even when my daughter’s asking for Dora or Elmo.

We don’t have cable TV at home so I don’t really get to watch “Hi-5” on the Disney Junior Asia Channel. So when I was in the mall one day and encountered a DVD copy of “Hi-5” featuring new faces, I was surprised. I didn’t know the original members had already been replaced—a long time ago, actually.

Episodes of the show featuring the new batch of members have been airing on Disney Junior—I was just unaware. And so I bought a couple of copies and watched them with Sadako.

My daughter and I automatically fell in love with the new members: animated Casey Burgess, pretty Lauren Bryant, cutie Tim Maddren, funny Stevie Nicholson and half-Pinay Fely Irvine. They are worthy new recruits. I also noticed how the show is so much better now; the guys’ clothes are more colorful and styled, plus it looks like they have a bigger budget for background and props.

I was pretty bummed to discover that right before Sadako and I discovered and fell in love with the new Hi-5, they had visited the Philippines for a series of shows. I felt so frustrated because I knew that I’d do anything to be on the front row with my daughter singing along with the Hi-5 guys (yes, I have memorized a bunch of Hi-5 songs—lyrics AND dance steps).

So you can imagine how excited I felt when I read online that the Hi-5 guys are coming back to the Philippines for another series of shows. It’s called “Hi-5 Holiday,” and will be about their adventures in the jungle and even under the sea.

To be held at the SM MOA Center Stage on Dec. 15 and 16, there will be three shows each day—and I am planning to allot my 13th month pay to make sure that Sadako and I will get to watch more than once. If I had the money I would even fly to the Waterfront Cebu City Hotel because they will have some shows there on Dec. 23.

If there is one thing I am bummed about, however, it is the fact that Fely Irvine won’t join the guys. She has decided to move on and try other things. Replacing her is Dayen Zheng. I hope Sadako won’t mind because she’s never “met” Dayen yet. I am ready to give Dayen a chance. I just can’t wait to watch the guys live and hear them perform songs from the show, hopefully including my favorites. And sing along, too, of course.

Tickets to Hi-5 Holiday are now available in all SM Ticket outlets located in all SM Cinema ticket booths. Visit www.smtickets.com or call 4702222 for more information.