Ma, I won at an auction | Inquirer Lifestyle ❮ ❯ 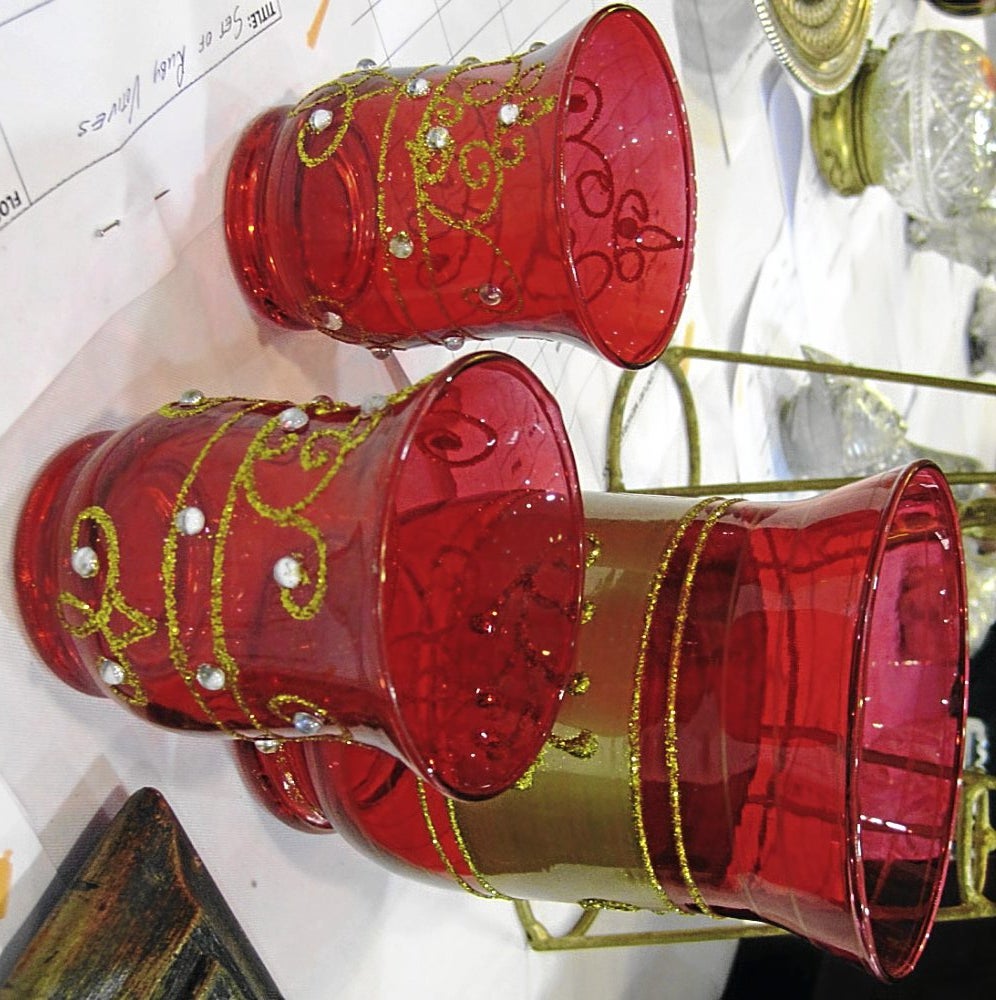 Ma, I won at an auction

Who’d have thought that I would be able to outbid the prettily photogenic and affluent Ongpin sisters (Lisa O. Periquet and Joanna O. Duarte) in a silent auction organized by cause-oriented, mainly Spanish-speaking peninsulare and criollo women? Not my indio mother, that’s for certain!

But I did win 10 bids for things that are my favorite in my personal space: books, wooden ducks, angel figurines, four heirloom cross-stitch tray covers, a Marian figure on wood that could be that of a Flemish peasant girl as well (not too holy-looking, I mean), an old print of a train chugging away on its tracks with smoke coming out of the top of the front caboose and reminding me so much of that Emily Dickinson line, “I love to see it lap the miles.”

As for the Ongpin siblings, they can bid again next year. But they still emerged winners for more valuable items at the Winner Foundation’s yearly auction of art, antiques, books and other collectibles. The members and its supporters in the environmental—particularly the re-greening of Manila—movement had organized an event that felt more like a party than a fund-raiser.

Had I brought my mother to Orchid Suites on Vito Cruz Extension, Manila, that evening, she would’ve nodded approvingly and declared that this was how the buenas familias did their good work: No outright solicitation of money, just subdued fun paired with the best from the homemakers’ kitchens.

A heavy buffet—all food was donated by some of the 20-30 members who aspired to chef-hood—was laid out with the hotel’s finest silver. I got reacquainted with old-world dishes such as tortilla de patatas and crackers with salmon paté.

Couturier Malu Antonio Veloso had reason to gloat, but didn’t, whenever she was complimented for her turkey. It was warm from the oven but not dry when chewed. Her stuffing was headily delicious that the gravy could be edited out of her recipe.

There was an array of desserts, but I zeroed in on the petite rectangles of mazapan to make my eating terno-terno.

The tall, erudite Benito Legarda and Bambi Harper (whose biodata in a recent writers’ festival described her as “cultural worker and socialite,” apparently not incompatible titles) were among the early birds casing the items laid out on long tables covered with white cloth. I suspect the Winner officers, led by Regina “Ninit” Paterno, are the OC (obsessive-compulsive) types who ensured not one detail was overlooked. There were sheets of paper provided beside or underneath each item where a bidder could write down his/her name, phone number and bid.

Paterno said Legarda has always gone out of his way “to bring books for us and gather books from his friends for us.” Not just any book but collector’s items. That was how I mustered courage to bid for Margaret Atwood’s collection of “fictitious essays” that she also illustrated (I know women writers are multitaskers but over-gifted, too?) called “The Tent.”

I didn’t recognize Education Secretary Armin Luistro until he bade goodbye to Ninit and said they’d talk again about including a sensory component (visiting the Arroceros Forest Park in Manila that the foundation maintains) to the teaching of environmental care in the science curriculum of public elementary schools. He put down a few bids but didn’t win a single one. I suppose the foundation again emerged the victor when he sought its help for a future auction for De La Salle University, where he was president.

A member who didn’t want to be identified said she sat with a corporate executive whom they invited to the auction. He saw how the women in green (the evening’s motif) went about doing their work and tsked, tsked, saying he could turn things around for them and earn for them millions for their cause. The member went deaf and said, “It wouldn’t be as fun.”

For not only were they raising funds for the upkeep of the park and the salaries of the gardeners, these middle to upper-class women were also unloading their possessions that include priceless urnas from Bohol and silver champagne bottle coolers, and allowing younger homeowners to feather their nests further.

Overheard, one guest asked a member: “But why not give them to your kids?” The member smiled and gently said her kids have their own lives.

I don’t normally eavesdrop, but their exchange reminded me of this message, one of many forwarded to me by e-mail, whose provenance is said to be “ancient Chinese wisdom”:

“Your children take for granted that they are rightful heirs to your wealth, but you have no claims to their money. When we turn 60, don’t trade your health for wealth because your money may not be able to buy your health. When to stop making money, and how much is enough (hundred thousand, million, 10 million)?

“Out of a thousand hectares of good farmland, you can only consume three quarts (of rice) daily; out of a thousand of mansions, you only need eight square meters of space to rest at night. So as long as you have enough food and enough money to spend, that is good enough.  “So you should live happily… Do not compare with others for fame and social status and see whose children are doing better, but challenge others for happiness, health and longevity. Don’t worry about things that you can’t change because it doesn’t help and it may spoil your health.

“You have to create your own well-being and find your own happiness.” Despite its stilted language, Mom and the Winner Foundation would heartily agree.