‘He towers above all production designers in the Philippines’ | Inquirer Lifestyle ❮ ❯ 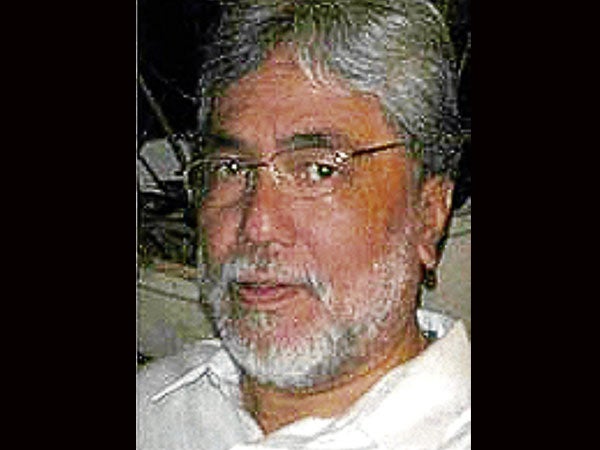 ‘He towers above all production designers in the Philippines’ 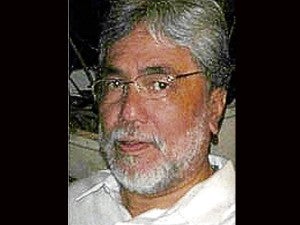 How can I talk about Don without talking about the movies?

When I was supposed to direct my first movie together with Butch Perez, our producer drove us all the way here and unveiled to us the splendors and the magic of Villa Escudero.

This was 40 years ago. There was no resort then. We were treated to merienda at the main house by Ado Escudero, who regaled us with his legendary courtesy and hospitality. And right there and then, Butch and I decided to change the script in order to fit the story to the location, only to be told that the family decided against any kind of shooting at the Villa (probably because of our unsavory appearance at the time)—basta, no shooting!

But the result of that was we retained the script, but had to shoot it in more than 15 different major locations around Quezon and Laguna because one magical place was not available. That, and the fact that my directorial ego was so cruelly rebuffed that I swore total and absolute enmity against the Escuderos for the rest of my life, if not for eternity.

I never even knew that Don Escudero existed.

But unlike Danding here, I remember the night I first met him. Seven years after the big no at Villa Escudero, Lino Brocka decided to shoot “Gumising Ka, Maruja” in Negros at the Lacson ancestral home, and I was introduced to Mel Chionglo, the production designer, who, in turn. introduced me to his art director. A young, gangly, towering Placido Escudero Jr.

For some reason, I wanted to impress this guy, and I don’t know why I did it, but I sat down on the old grand piano at the sala—it was all out of tune and all—and and banged out “Mona Lisas and Mad Hatters” of Elton John. Very badly. And then I started singing it. Also very badly. And this Don sat down beside me and played along, also very badly and joined me in singing. Also very badly. How could you not become friends after that?

So we met in the provinces, he from Quezon and I from Negros Occidental, and I quickly learned that what we had in common was the world in general.

As I helped him acquire props for the movie, I learned that we shared so many things: Elton John and David Bowie, Sondheim and Puccini; fine cuisine and unrestricted devouring of the same; cosmology, astronomy and astrology; the Rosicrusians, secret societies and the Knights Templar; the pyramids of Giza, aswangs and UFOs over Mount Banahaw; herbology, mushroomology and the ingestion of the same; Kubrick, Peckinpah, Kurosawa, Fellini and Paul Schrader; Tolkien, Frank Herbert and TH White; it just doesn’t end. As I recite this, I feel like I’m setting ourselves up for charges of snobbery. And it cannot be helped. That was our world, and we reveled in it.

So it was not long after that we began to work together. And the way we worked was not a division of labor. I wasn’t assigned to strictly direct and he wasn’t assigned to strictly design. It was always a collaboration from the start. From “Oro, Plata, Mata” in 1982 to “Ang Panday” in 1993, 11 years, we would sit down with Uro de la Cruz and later on with Lore Reyes and shape the stories and the worlds where the stories took place.

Production design for Don Escudero was not only about images. It was about behavior. Psychological, emotional, historical and sociological behavior. I think it’s important to understand this. This is why he towers over all production designers in the Philippines since the movie industry reawakened after World War II.

He knew his architecture and design. When we took over the Gaston house for “Oro,” I asked him to get rid of all the blonde, spindly furniture to replace it with the well-known and accepted dark wood Baroque monstrosities that infest our ancestral homes and graduation ceremonies, and he told me, “Are you out of your mind? This is a perfect example of French Creole furniture! You won’t find anything like this anywhere and we’re getting it for free!”

He knew his cinema and lighting, as well. Still in the Gaston house for “Oro,” he decided to paint the walls a dove gray color. Eager to make up for losing face over showing my total ignorance of the French Creole style, I lectured him on the fact that in Negros, the ancestral homes were painted in baby pink, sky blue, apple green or a soft canary yellow. “I know,” he said, “but that’s not important. The gray will bring out everybody’s skintones.”

And he was right. If you see a good print of “Oro,” you will see that the skins of Fides Cuyugan-Asensio, Sandy Andolong and Cherie Gil glow with preternatural light. It was magic. So much so that when we were about to repaint the house back to its original color, the Gastons told us not to bother. They had decided to live the rest of the century with skins glowing with preternatural light. And they have done so these past 30 years.

And Don had impeccable taste. Nobody like him. When we sat down on the thorny problem of what Daniel Fernando was going to wear in “Scorpio Nights,” and we were fully aware that he was going to spend an irritating amount of movie time in his underwear, I opted to go sociological and historical: This was the time of bikini briefs in zebra stripes and leopard spots. Don again said no. “He is going to wear classic white Jockey briefs.” And those white Jockey briefs ended up defining Daniel’s character totally and completely.

It is easy to talk about a good man. You don’t have to cross the street in order to avoid dangerous areas of his personality. Was he perfect? Of course not. Nobody sitting here today will argue with me that his principal cardinal sin was sloth. But he countered his laziness in the courage to go out and do what diligence demanded. He was a courageous man in the face of so much mediocrity.

And Don Escudero never even bothered to play the game.