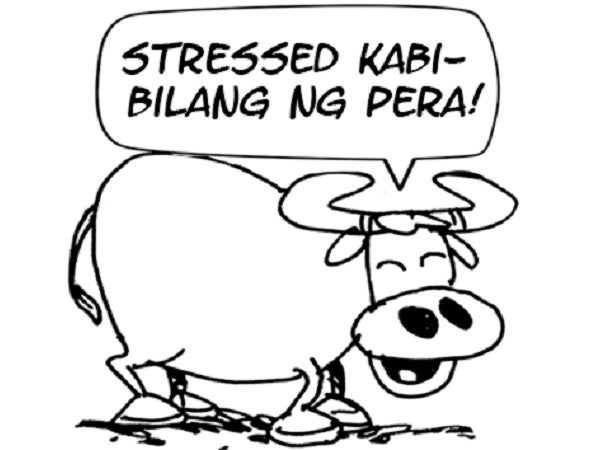 LEAST ‘EMO’ CITY STATE. Singaporeans are the world’s most emotionless people said US-based pollster Gallup in a report on its three-year study conducted in more than 150 countries. The Philippines came out as the most emotional society in the world, with six out of 10 Filipino respondents saying that they experience a lot of both positive and negative feelings daily. Latin American countries meanwhile dominated the top of the list when it came to experiencing positive emotions.

Singapore folk get emotional over survey

SINGAPORE—Blame their city state’s competitive culture for leaving them no room for feelings, Singaporeans said in reaction to a survey that depicted them as the world’s most emotionless people.

“Singaporeans are the least likely in the world to report experiencing emotions of any kind on a daily basis,” US-based pollster Gallup said in a report on its three-year study conducted in more than 150 countries.

The Philippines came out as the most emotional society in the world, with six out of 10 Filipino respondents saying that they experience a lot of both positive and negative feelings daily. Latin American countries meanwhile dominated the top of the list when it came to experiencing positive emotions.

The report got prominent coverage in Singapore, one of the world’s wealthiest and most stable societies, and set off some strong reactions.

Commented Kok Leong on Yahoo! Singapore: “It’s so stressful to be living in Singapore. Our mind is all about $$$—how to survive, how to raise family, tax, etc. Nothing is free here.”

Another comment noted:  “We have everything, and yet we have nothing. No one in this country actually lives life to the fullest; we merely exist. To our government, we are nothing more than a statistic.”

A post by Melody on Twitter went: “How can Singaporeans be the most emotionless in the world when they complain the most every day? I’m baffled.”

Gallup said it surveyed about 1,000 respondents 15 years old and above in each country annually between 2009 and 2011. Respondents were asked if they felt five positive and five negative emotions the previous day.

The negative feelings were anger, stress, sadness, physical pain, and worry, while the positive emotions were feeling well-rested, being treated with respect, enjoyment, smiling and laughing a lot, and learning or doing something interesting.

Only 36 percent of Singaporeans said they felt any of the emotions, Gallup said.

Negative emotions are highest in the Middle East and North Africa, with Iraq, Bahrain, and the Palestinian Territories leading the world in negative daily experiences. Latin America leads the world when it comes to positive emotions, with Panama, Paraguay, and Venezuela at the top of the list.

Behavioral indicators such as positive and negative emotions are a vital measure of a society’s wellbeing, with leaders worldwide starting to incorporate such indicators into the metrics they use to evaluate their countries.  Like behavioral scientists, they’ve realized that traditional economic indicators like GDP do not, and cannot, quantify the human condition.

While higher incomes may improve people’s emotional well-being, they can only do so to a certain extent.

Nobel Prize-winning economist Daniel Kahneman and Princeton economist Angus Deaton found that after US individuals make $75,000 annually, additional income will have little meaningful effect on how they experience their lives.

The Gallup survey suggests that Singapore’s leadership would be well-advised to include wellbeing in its overall strategies if it is going to further improve the lives of its citizenry.