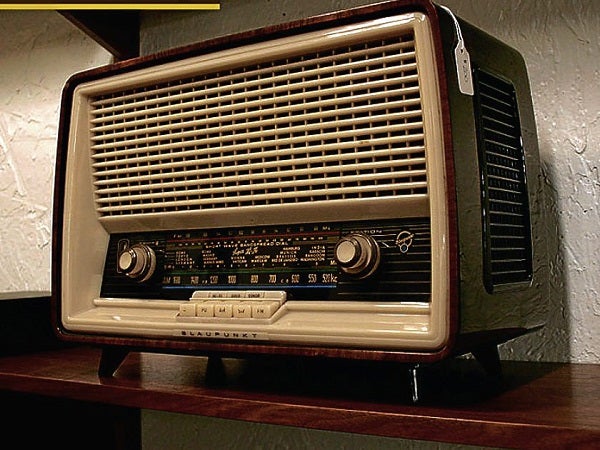 The ’50S were mnemonic radio days. I was growing up and we had no phone, no TV, no movies and no PCs. Radio emphasized the sounds of our times. We created our images in the theater of our minds.

When smitten by cute girls with pretty eyes, I’d close my eyes and write love notes on grade six pads: “Mahal kong Rosa, hayaan mong tawagin kitang mahal, habang ang mga bituin sa gabing ito ay kumukutikutitap, etcetera, etcetera.” Now you do this sort of thing in the age of texting, and you get laughed out of town.

Our talk sounded native, with a singsong accent that identified the town we came from; the farther it was from civilization, the more melodic it was. A Manila accent is upper crusty. Puntong Majayjay (mine) is hick.

DZRH would start the bitching hour at 8:30 a.m., with chief komentarista Paeng Yabut, king of critics, talking in incessant cacophony.

Paeng Yabut was licensed to tongue-lash thieving BIR guys, chiseller city hall clerks, kotong cops, just about anybody who got his goat. His bitching went all the way to the bedroom of President Elpidio Quirino, who peed in his high-end golden orinola.

Paeng Yabut was dapper, with curly hair and a voice with a shade of female tonality, just right for bitching. He had all jeepney drivers, taxi drivers and barber shop crowds under his spell.

Over at DZAQ, Damian Sotto ranted and raved like the madman from Borneo. Damian Sotto was gross and crude, hurling curses and expletives, naming names recklessly. Anybody who was a good-for-nothing in government deserved Damian Sotto’s fire and brimstone.

He sounded old, dry, raspy and about to break with every expletive coming out of his mouth. He would bang his fists on the turntable, and you could feel the studio booth quake. Terrifying man! He never got jailed for libel. He was steely as an exorcist!

By 11:00 a.m., every man would fall in love with Celia, the wagas magmahal heroine of “Gulong ng Palad.” Every woman would covet the love of a suave and smooth Carding, Celia’s sweetheart, whom other girls fall for.

At 5 p.m., we heard horses’ hooves gallop. Hiya putiii! It was a fantasy hour with Prinsipe Amante in the Kingdom of Rubitanya. There were two eerie voices that would pierce the air. Rodrigo, the villain with an idiotic adenoidal voice, and Burukaa, the evil sorceress with the creepy voice coming from inside the rat hole where she dished out her hexes.

On DZMB in June and July was the fast and furious basketball game. The rapid fire mouths for sportscasting belonged to Willie Hernandez and Jake Romero. They could describe every game in a scintillating way, never missing a dribble, a pass, a steal, a goal-to-goal layup, a foul and brawls. In front of our radio set, I could picture an entire Ateneo-La Salle game fully in my theater of the mind.

Seven p.m. was for guffaws and songs. We joined the zany characters and fell off our chairs laughing in “Tang Taran Tang.” Aling Charing was hopelessly naïve. Coloratura Sylvia La Torre would burst into a high-pitched kundiman. Pugo was always caught holding the bag. Bentot was the idiot-sounding child.

Musical evenings celebrated our people’s genius for singing. “Tawag ng Tanghalan” was beautiful music to our ears. I’ve never heard such soothing and mellifluous voices, more heavenly than Diomedes Maturan and Armando Ramos. Maturan and Ramos can soothe the savage beasts. When they sang, everybody swooned.

If you’re an insomniac, the sexiest voice to keep you company belonged to a woman of the night, DJ Jo San Diego. She, with the throaty and seductive voice, cooed all night.

Full of hyperboles was Rod Navarro of the “Lundagin ng Baby” fame.

The voice of the devil belonged to OA Ben David, bottom bass, bottom low and trembling with fright. Ben David’s “Gabi ng Lagim” was the scariest on radio’s haunted evenings.

While it was Magsaysay who created euphoria by preventing a communist takeover in our country, it was also President Magsaysay who brought about massive grief when he perished in a plane crash on a lonely mountain in Cebu.

With mountaineers and radio reporters combing the fog-covered jungles of Mt. Manunggal, the sketchy, static-filled newscast made the whole country weep. When the remains of the dead were found, the whole country was engulfed in a pall of gloom. Daig pa ang Biyernes Santo. The sound of silence was deafening.

On Wednesdays, our dominant Christian culture took over the airwaves. The Novena for Our Lady of Perpetual Help aired live from the Redemptorist Basilica in Baclaran became the nation’s collective prayer. Litanies and hymns from thousands of voices resonated in towns and cities uplifting the body and soul of Filipinos.

What shall I ask of thee

I do not sigh for the wealth of Earth

For the joys that fade and flee…”

With this song sang by a million voices, you knew this country would always be in God’s hand. Those radio days had many holy moments.