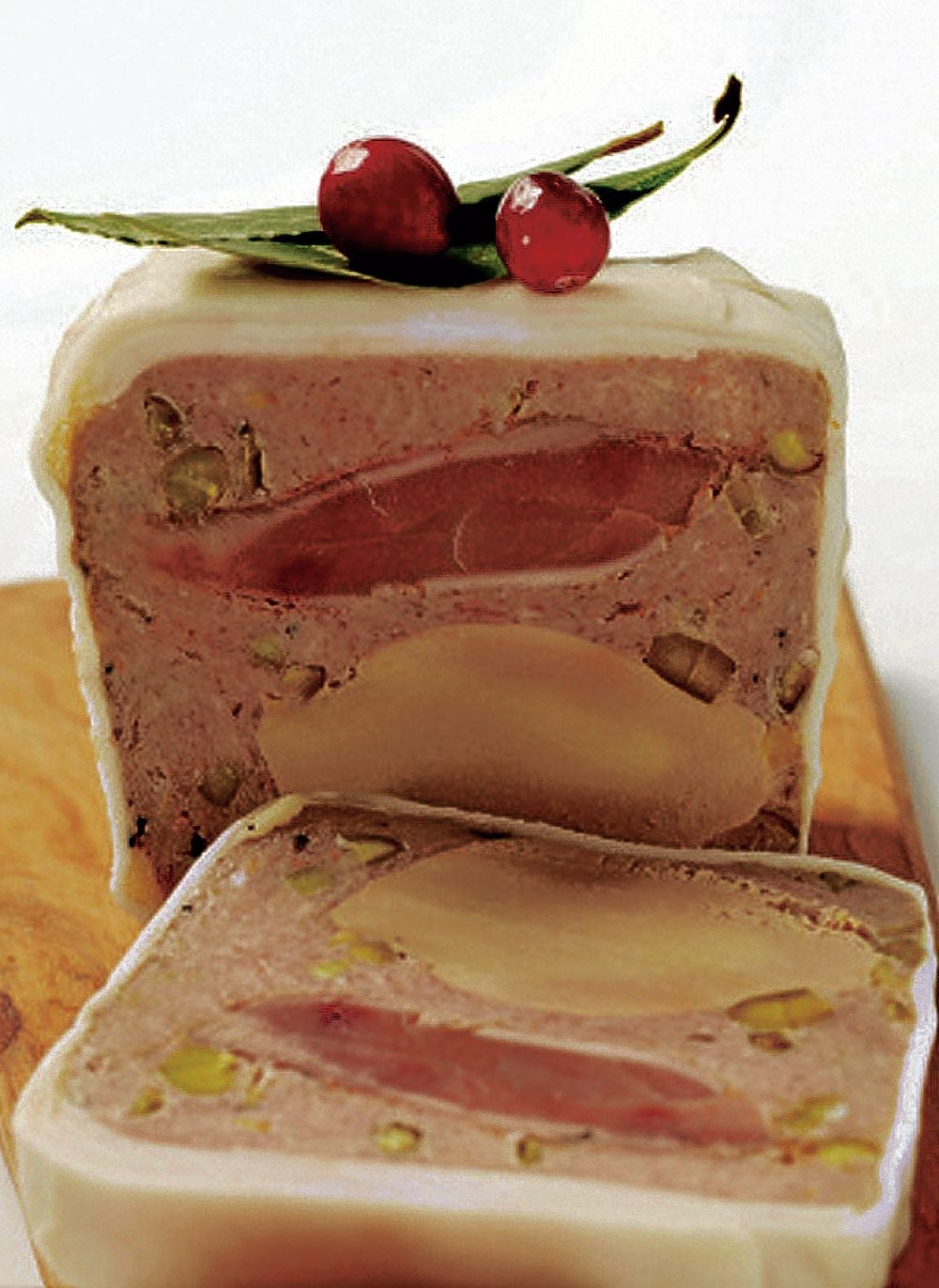 The local culinary scene becomes more interesting with visiting chefs who give you a taste of the cooking in other places that you may not be able to visit, among them Alain Ducasse from France, Sergio Ariola from Spain, James Vinney from Australia, Ming Tsai from the United States, and Martin Yan visiting from his last book promo.

There have been more. And while their food can do the talking, what they do tell you are priceless information that you keep forever.

Jocelyn Deume recently visited from Japan, where he is based as consultant of Rougie, the world’s leading supplier of foie gras. Gathered around him at the Mandarin Oriental kitchen, his students tried their best to absorb a lesson on how duck liver is processed in the company’s Perigord, France, headquarters.

Going through a liver with his hands, Deume extracted the veins, a step needed before the foie gras is wrapped then stored in the freezer. We laughed as he said that cling-wrapping the liver is called ballotine; the word seemed the same for our own procedure—balutin.

To make life easier for chefs, Rougie had pre-sliced foie gras. And here he demonstrated three ways to cook these—by pan-frying, poaching and slow-cooking in a vacuum pouch.

Deume took a frozen piece then put it on a heated pan, where the liver fried in its own fat to the doneness desired. He mentioned that butter has higher fat content, a bit of a consolation for the health-conscious. Of course, if you are a waste-not-want-not person, just collect the drippings and use those for other cooking or as your butter substitute.

Poaching, we were to learn, is preferred by diners in Japan. The poached pieces came out softer, with the texture of tofu—what the Japanese look for, said Deume.

Vacuum cooking, on the other hand, involves placing the frozen pieces in a vacuum bag, but the flavoring should be included, such as wines and spices. The bag is sealed and placed back in the freezer until the cooking is needed. A steam oven is used for thawing, and then the pieces are pan-fried.

From those simple, basic ways to cook foie gras, we graduated from kitchen to main dining at The Tivoli. There, Mandarin’s executive sous chef Remi Vercelli executed the more high-end way to use foie gras—cooking it with escargot with wild mushrooms in the manner of Burgundy (with red wine), as a paté with wild mushroom salad, and by combining the liver with butter-poached salmon.

You’d have to be like these two chefs, highly experienced and talented, to create a menu like that.

When it was announced that Spanish chef Victor Armero Torres was cooking at InterContinental Manila and that he is the executive sous chef of the chain’s Madrid hotel, I just had to find out what I missed. We stayed at the hotel during a visit to Spain two years ago, but we never tried El Jardin restaurant where he has been cooking for many years.

Chef Torres was featured at the Spanish festival of Jeepney Café, and he conducted a cooking lesson in the hotel. But it was at the dinner at Prince Albert Rotisserie where we caught up with him.

The menu had familiar dishes. But we were to find out as the dishes emerged from the open kitchen that Chef Torres was not only giving us a tour of Spain by showing us how the same dish is cooked in other regions, but also how traditional recipes can be refined for the fine-dining table.

The cold tomato soup was not the usual gazpacho but salmorejo of Cordoba, a thicker kind of tomato soup with bread and olive oil, but without the vegetables found in gazpacho.

One of the tapas was anchovy on toast with red pepper, but the latter was not the usual cooked pimiento. It was processed into red pepper marmalade, the sweetness a good counterpoint to the salty anchovies.

I was thrilled to see that the Galician specialty, the pulpo (octopus) was part of the menu. It brought back memories of spectacular meals we had in that northern region of Spain, especially the shellfish and sliced octopus, a simple dish that will be tender and tasty in the hands of an experienced cook.

Teaching the cooking of a place will include basic procedures such as guisa or sauté, which Spain introduced into our own cuisine. But it was confitado that Chef Torres used for the slow-cooked lamb. Confitado (confit) is the Spanish way of slow-cooking the tomatoes with olive oil and salt until most of the liquid has evaporated and the flavors intensified.

And what better complement to the Iberian food than Spanish wines? That evening, most of these came from the Finca Antigua winery, from the chardonnay to the cabernet sauvignon. But the best came during the meat course, a tempranillo that is a variety native to Spain, but even better, a top-of-the-line Vina Bujanda Crianza Reserva 2006 from Rioja, named after the Bujanda family who own Bodega Finca Antigua.

A visiting chef always imparts some knowledge in his temporary kitchen. I am sure the chefs of Prince Albert Rotisserie have benefited from the knowledge imparted by Chef Victor Armero Torres. Which goes the same with him; in his resumé, he listed as his continuing education what he has learned from other visiting chefs at El Jardin—cuisine from Portugal, Turkey, Indonesia and the Philippines, as well as other regional Spanish cooking from Asturias, the Basque and Catalan regions.