The scent of a stylish beast | Lifestyle.INQ ❮ ❯ 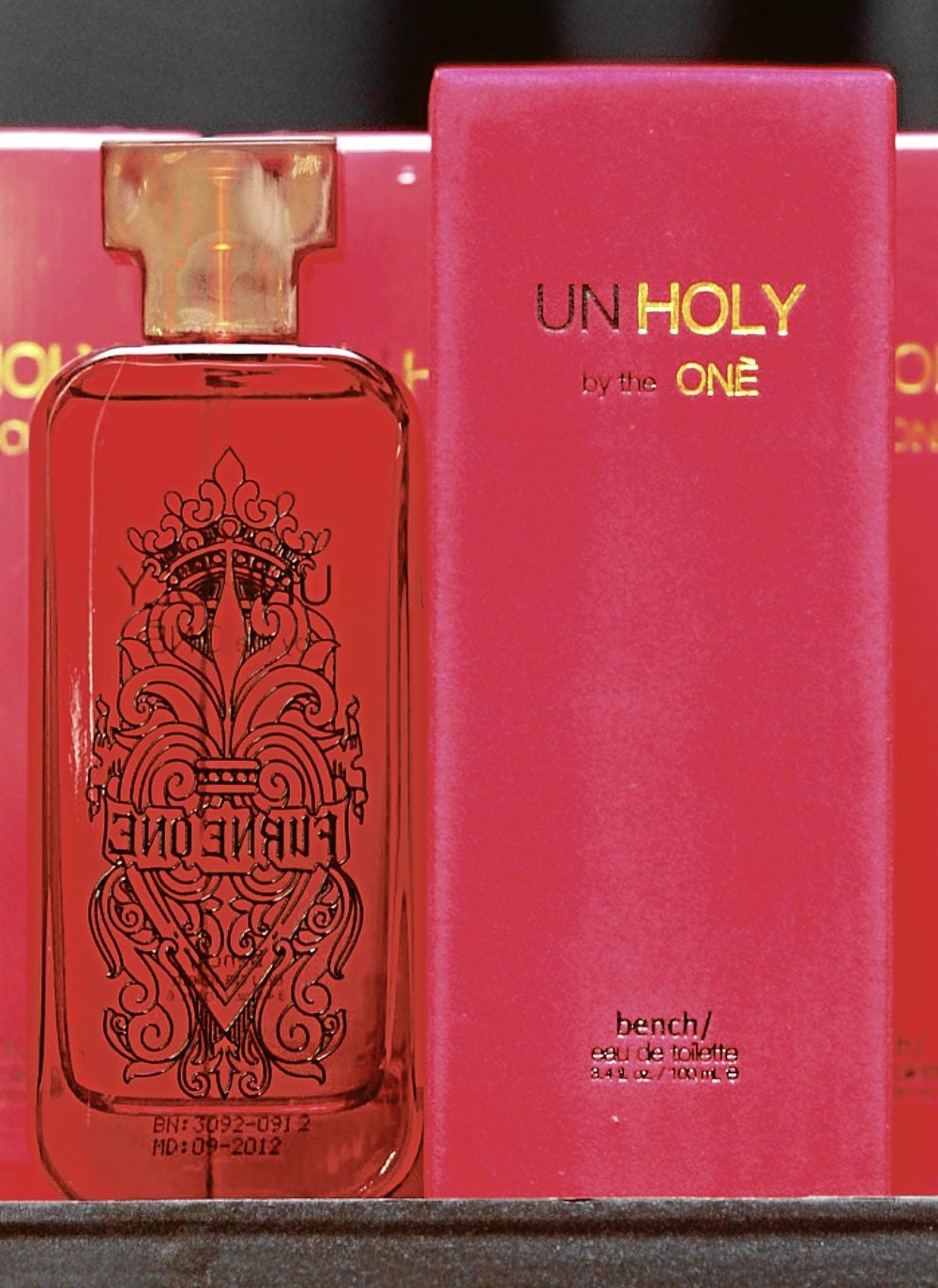 The scent of a stylish beast

While Lady Gaga continues to appropriate every look she can get her hands on, Madonna, without even lifting a finger, remains the inspiration for not a few fashion designers, including Dubai-based Filipino Furne One.

One (pronounced as O-ne) was in Manila recently to launch three perfumes he collaborated on with Bench: Unholy by the One, Beautiful Boy and Handsome Girl. During a recent launch at Peninsula Manila’s Rigodon Ballroom, the designer also showed a 42-piece collection inspired by the “beast within.”

Local models shared the ramp with featured import Raina Hein of “America’s Next Top Model” fame. To further emphasize the collection’s intricate threadwork, One used plenty of nude tulle, French lace and a bit of black brocade made to look like alligator skin as his canvas.

“I was inspired by Madonna,” said One. “It wasn’t about what she wore, but what she said during one of her interviews. ‘In order for you to see the lightness, you have to see the darkness first.’ This collection is all about contrasts.”

One, who first wowed Manila fashionistas two years ago with an Alexander McQueen-inspired collection for the Red Cross Ball, reaffirmed his position as a virtuoso when it comes to embellishment.

This time, he toned down the beadwork and use of Swarovski crystals in favor of “three-dimensional” embroidery, clever juxtaposition of materials and embellishments, and layering.

A good number of pieces weren’t lined underneath all that layers of tulle to purposely show the models’ undies. It probably had something to do with Bench, which is also a leading source of fashion underwear. But One insisted that he was simply motivated by prevailing trends.

Apart from showing a few embellished swimsuits and flared long numbers, One opted for dresses with streamlined shapes in the form of columns and with hourglass silhouettes.

By mixing hints of art deco with obvious animal references, such as headdresses that resembled beaks and tusks, jackets inspired by bird’s wings and a black cape with the skeletal imprint done in nude lace of some reptile, the designer was able to produce an interesting collection that was trademark One, and at the same time different from his previous works.

But as far as scents go, One, creative director of Dubai-based luxury house Amato, is venturing into uncharted territory.

He comes close on the heels of fellow Dubai-based Filipino designer Michael Cinco, who launched his own scent dubbed Impalpable, also in collaboration with Bench, earlier this year.

While Cinco has Allison Harvard as the face behind Impalpable, One has Hein, who bears a striking resemblance to Hollywood actress Anne Hathaway, for Unholy.

“Even before Impalpable was launched, the Unholy One was already set for its own launch,” said Ben Chan, CEO of Suyen Corp. “It was just a matter of timing. All three scents were built around what Furne wanted.”

While Beautiful Boy and Handsome Girl are milder scents designed to appeal more to Filipinos, Unholy is stronger, spicier and formulated to appeal to the Middle East market, said Chan.

Bench has close to a dozen stores all over the Middle East, and One knows the market well. He was directly involved in formulating the three perfumes, especially Unholy, from the scents to the bottles.

One, during a post-show interview, said he was unfazed that such a provocative name like Unholy might ruffle the feathers of certain conservative quarters in predominantly Muslim Middle East.

Bottled in a red glass flask, Unholy (P498/100 ml) is a unisex fragrance with mandarin as top note, rose as middle aroma and musk as its base.

Beautiful Boy (P398/70 ml), a men’s fragrance (although ladies can try it), is a concoction of grapefruit, neroli, bergamot, cardamom, peppery, rosewood, iris and musk.

“I don’t think I’d have any trouble in the Middle East,” said One. “People there love perfumes. I’m confident that my scents, especially Unholy, would do well there. As for the name, it’s up to you how unholy you think you are.”