Jane Bowler: I just love it when people go, ‘I can’t believe it’s made of shower curtains!’ | Lifestyle.INQ ❮ ❯ 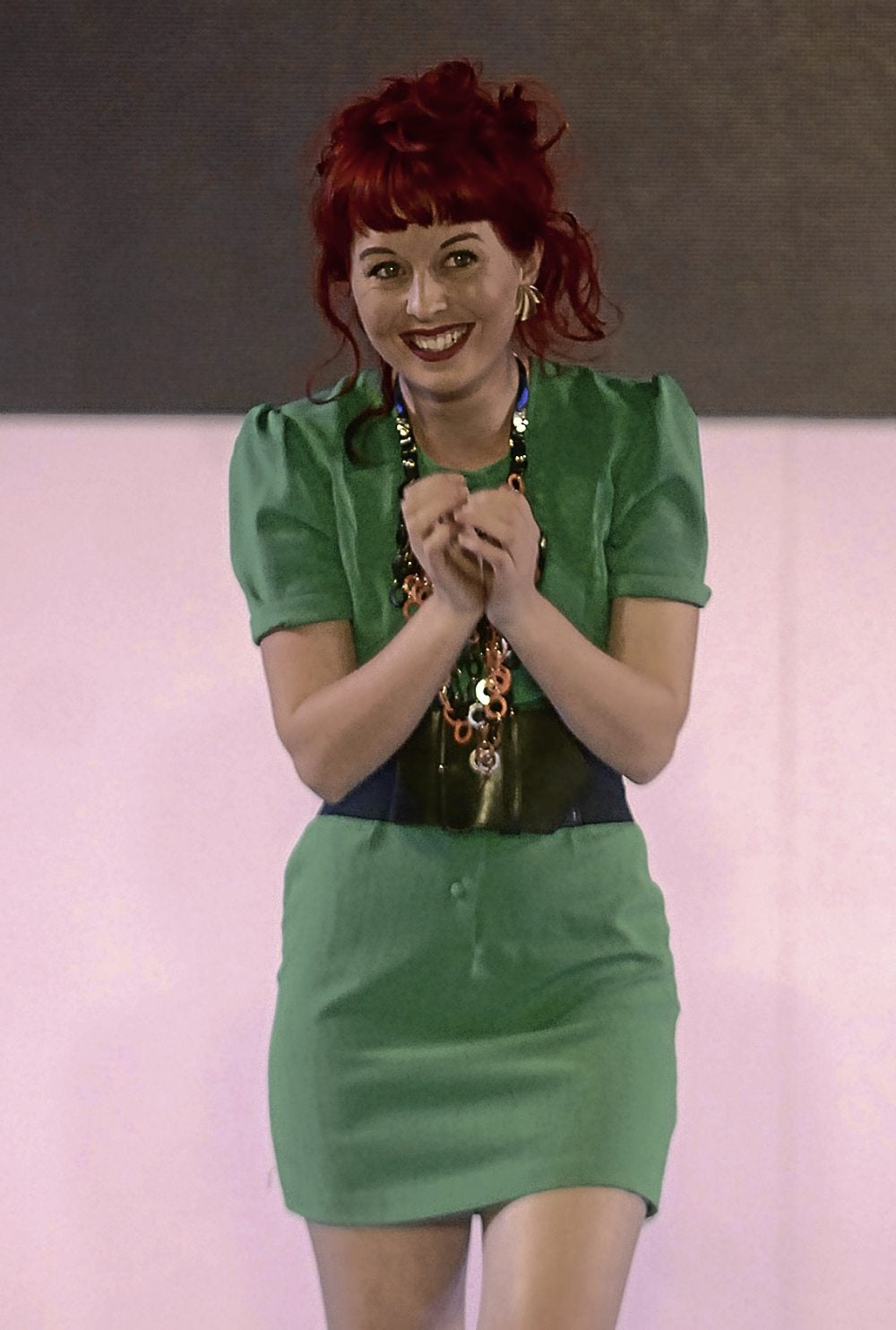 Jane Bowler: I just love it when people go, ‘I can’t believe it’s made of shower curtains!’

The sound of disbelief in her voice became the source of mirth, easing the tension in the judging room.

“Really? You will sell that for only £30?” Jane Bowler asked, looking up from her calculator, her mouth agape. That went on for a bit more, contestant after contestant, as the young woman expressed incredulity over the pricing of the largely all-handmade racks of clothes before her.

Bowler, 28, was featured guest designer of the British Council for the Look of Style Awards 2012, the annual tilt for young fashion designers co-presented with Look Magazine and Inquirer Lifestyle. The young Brit also sat as one of the judges.

“I couldn’t believe you could make a business by selling your clothes for so little,” she would tell us later. Bowler was vocal about her admiration of some of the contestants. She especially liked Jun Artajo’s coco beads element.

“I would wear that,” she said of eventual winner Roland Alzate’s sleeveless orange top design.

That evening of November 6, Bowler presented her Spring-Summer 2012 collection to guests at the Rockwell Tent in Makati—not her current collection, as she felt the former was more suited for the mood and climate in the Philippines.

Bowler, a BA in Textiles graduate of the Royal College of Arts in London, is making a name with her quirky designs made mostly of recycled materials, her designs having been photographed by the likes of Nick Knight. This year’s Look of Style Awards theme is “Eco Chic.”

For Bowler’s S/S 2012 collection, she hand-dyed strips of clear plastic and fashioned them into vests, dresses, tops, and used them as accents for footwear.

“I discovered a process that involves heat and pressure to cut the strands,” she explained. “All of the cut strands are clear sheets, and then dyed and heat-treated to make the feathers and all the different shapes.”

Bowler, who said she never dreamed or intended to become a fashion designer, has been in business since she left school in 2006. And in discarded materials, she has found her medium.

“I just love working with materials that aren’t traditionally for fashion,” she said. “I love the challenge of transforming mundane, everyday materials into something very sophisticated and luxurious. The sustainability side is also quite important, so while I’m using plastic, a lot of them are recycled. I’m really keen on the idea of making garments that are made to last forever, one-off pieces that you don’t want to throw away.”

So while she uses throwaway materials, “I don’t like throwaway fashion,” said Bowler.

The young woman usually sources her materials from recycling projects in Hackney back in London.

“Now I tend to re-appropriate materials like shower curtains,” she said. “I just love it when people go, ‘I can’t believe it’s made of shower curtains!’ The one that I showed tonight, I wanted to make red-carpet dresses that are beautiful garments.”

Bowler has found stockists in Milan, Tokyo and Los Angeles, and she aims to find more in other markets.

“Even if it’s really kind of wacky, I think they all like a one-off piece, that’s what people buy into,” she said of her customers, who pay good money for her clothes. “And I make accessories so they could buy into the brand easily.”

Her advocacy of sustainable fashion does have its challenges. Bowler acknowledges that one can’t be entirely eco-friendly as one tries to meet the demands of the market. A designer 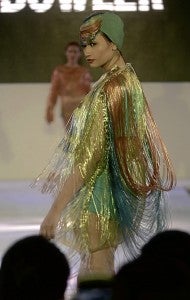 ought to produce more materials to cater to the demand.

Bowler has learned to work around the hitches of her job. “I always bring in new materials, whether it’s organic yarns or cotton combined with plastic, or leathers. I use a lot of jerseys, as well,” she said. “I like to bring textures in there. Coming from a textiles background, for me it’s all about the textures, it’s all about fabrics. The material is the most important part.”

Bowler conducted a lecture before students at the School of Fashion and the Arts during her visit.

“The most fulfilling bit is how much I love it,” she said backstage. “If I don’t love it, I wouldn’t do it because it’s really hard and really stressful at times. But I do love it!”