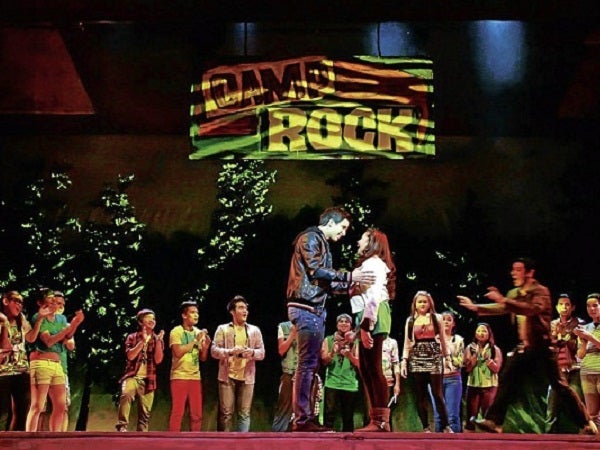 In these times of pirated DVDs, torrents, iPad apps and smartphones, going to the theater to watch a play or a musical is something not a lot of teenagers and young people like to do—but should. It doesn’t just promote love for music, arts and performance, it also develops focus, since a lot of people from today’s generation have short attention spans.

Dragging the usual teenager to the theater can prove to be challenging, however. Good thing there are productions created especially for a younger audience.

Repertory Philippines’ “Disney’s Camp Rock: The Musical” is an example, and considering how it is an adaptation of the two successful “Camp Rock” TV movies that featured the Jonas Brothers, it should attract a lot of teenagers. 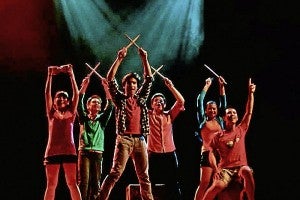 Whether you’re a fan of the Disney TV movies or not, it’s easy to enjoy the musical. Watching the movies isn’t even a prerequisite. The story is easy to digest: Mitchie Torres (Morissette Amon) and Shane Gray (Markki Stroem) lead the other members of Camp Rock in a showdown with the more high-tech (and financially-backed) Camp Star across the lake.

There are a couple of interesting subplots, like the conflict between the two camp masters (who used to be part of the same band) and some love angles.

Directed by Audie Gemora with help from Topper Fabregas, the production’s biggest strength is its cast of young, energetic and passionate performers. TV star and recording artist Markki Stroem branches out to theater and while his performance is more on the subtle side, he nonetheless proves he can do things outside TV.

The brightest star of the musical is Morissette Amon, who is instantly lovable as Mitchie Torres. She becomes even more lovable when she sings, because she’s blessed with an amazing voice. Sadly, there is no chemistry between the two no matter how often they hold hands while singing their duets. 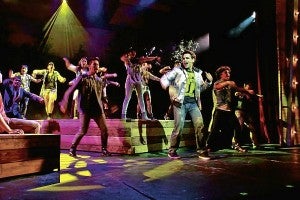 There is a bunch of other scene-stealers, such as the charming Kiara Dario who is convincing and entertaining as a fangirly camp first-timer; talented dancer Ned Gomez; and Cheska Ortega, who convincingly plays the egotistic diva who switches camps.

It also doesn’t hurt that several cast members are good-looking, such as long-haired Jef Flores, who plays guitarist-with-two-left-feet Jason Gray. After all, this is a show for teenagers.

Teens will enjoy the production numbers because the songs are modern and mostly uptempo. The fast ones are extra-enjoyable because there is dancing involved, and the dance moves are commendable, thanks to choreographer Paolo Infante.

A definite highlight is the song “This Is Me”, not just because it’s the most famous song from the movie, but also because Morissette does a brilliant job singing it.

The musical may not have a special appearance from any of the Jonas Brothers, but thanks to good-looking teeners, contemporary songs and great choreography, this Repertory Philippines production should draw in teeners and convert them into theater-lovers. Nino Mark Sablan, Contributor